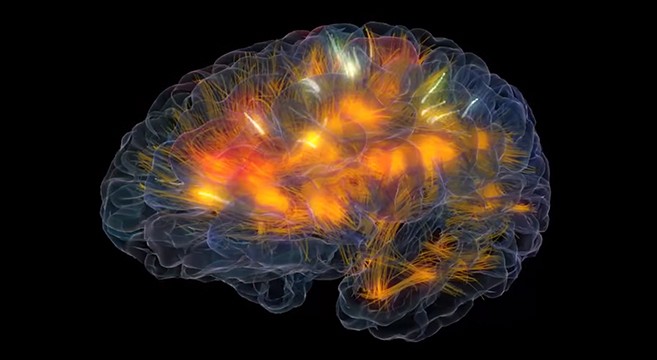 Today is a milestone day in the field of addiction research, as scientists at Texas A&M Health Science Center College of Medicine have announced their discovery of a critical cluster of neurons in the dorsomedial striatum which are responsible for goal-driven behaviors. The breakthrough holds enormous potential for cures for alcoholism and other addictions.

The study, published in the Journal of Neuroscience, finds that alcohol consumption alters the structure and function of neurons in the dorsomedial striatum, a part of the brain known to be important in goal-driven behaviors. The findings could be an important step toward creation of a drug to combat alcoholism.

“Alcoholism is a very common disease,” said Jun Wang, M.D., Ph.D., the lead author on the paper and an assistant professor in the Department of Neuroscience and Experimental Therapeutics at the Texas A&M College of Medicine, “but the mechanism is not understood very well.”

Now, Wang and his team have helped come a little closer to that understanding. Using an animal model, the researchers determined that alcohol actually changes the physical structure of medium spiny neurons, the main type of cell in the striatum. These neurons can be thought of like a tree, with many branches, and many small protrusions, or spines, coming off of them. They each have one of two types of dopamine receptors, D1 or D2, and so can be thought of as either D1 or D2 neurons. D1 neurons are informally called part of a “go” pathway in the brain, while D2 neurons are in the “no-go” pathway. In other words, when D2 neurons are activated, they discourage action — telling you to wait, to stop, to do nothing.

Although it is well known that the neurotransmitter dopamine is involved in addiction, this study goes further, showing that the dopamine D1 receptor also plays an important role in addiction. The team found that periodic consumption of large amounts of alcohol acts on D1 neurons, making them much more excitable, which means that they activate with less stimulation.

“If these neurons are excited, you will want to drink alcohol,” Wang said. “You’ll have a craving.” That is to say, when neurons with D1 receptors are activated, they compel you to perform an action — reaching for another bottle of tequila, in this case. This then creates a cycle, where drinking causes easier activation, and activation causes more drinking.

These changes in activation of D1 neurons might be related to the physical changes happening at the sub-cellular level in brains that have been exposed to alcohol. They have longer branching and more of the mature, mushroom-shaped spines — the type that stores long-term memories — than their abstaining counterparts.

Conversely, the placebo group, the ones not exposed to alcohol, tended to have more of the immature versions of the mushroom-shaped spines in D1 neurons of their brains. The total number of spines didn’t change in the two groups, but the ratio between mature and immature was dramatically different between the alcohol group and the placebo group. This has important implications for memory and learning in drug addiction.

“When you drink alcohol, long-term memory is enhanced, in a way,” Wang said. “But this memory process is not useful — in fact, it underlies addiction since it affects the ‘go’ neurons.” Because there was no difference in the number of each type of spine in the D2 (no-go) neurons of alcohol-consuming and control models, the researchers realized there was a specific relationship between D1 neurons and alcohol consumption.

“We’re now able to study the brain at the neuron-specific and even spine-specific level,” Wang said.

How do you determine which neuron, which type of neurons or which group of neurons is responsible for a specific disease? That’s what the next part of the study tried to answer.

The alcohol-consuming animal models with the increased mature spines in D1 neurons also showed an increased preference to drink large quantities of alcohol when given the choice.

“Even though they’re small, D1 receptors are essential for alcohol consumption,” Wang said.

Furthermore, and perhaps most excitingly, when those same animal models were given a drug to at least partially block the D1 receptor, they showed much-reduced desire to drink alcohol. However, a drug that inhibited the D2 dopamine receptors had no effect. “If we suppress this activity, we’re able to suppress alcohol consumption,” Wang said. “This is the major finding. Perhaps in the future, researchers can use these findings to develop a specific treatment targeting these neurons.”

The study, which was co-authored with researchers from the University of California San Francisco, was supported by a grant from the National Institute on Alcohol Abuse and Alcoholism (NIAAA).

“My ultimate goal is to understand how the addicted brain works,” Wang said, “and once we do, one day, we’ll be able to suppress the craving for another round of drinks and ultimately, stop the cycle of alcoholism.”

Previous post:
Planning to Propose? These Are The Top Romantic Places Aside From Paris Next Post:
Watch As An Opera Performer Sings Schubert’s “Gute Nacht” While He’s Undergoing Brain Surgery