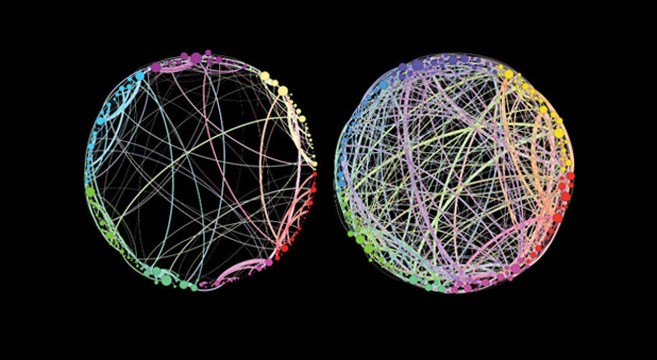 A British research team is poised to embark on a groundbreaking new neuroimaging study which will use MRI and MEG brain-scanning technology to examine how LSD affects brain processes. Scientists have known for decades that LSD and higher-level psychedelics such as ayahuasca (i.e. stabilized DMT) and psilocybin (i.e. the active compound in magic mushrooms) have permanent positive changes and neural pathway regeneration in the human brain, yet governments continue to classify these naturally psychoactive chemical compunds as illegal Shedule 1 drugs — while at the same time legalizing alcohol and tobacco which, by contrast, have devastated countless lives worldwide.

The study is being led by neuroscientists at Imperial College London, as well as scientists from the Beckley Foundation for Psychedelic Research. On March 4, 2015 the team launched their crowdfunding campaign, hosted by WALACEA.com, and they were blown away when 24 hours later they had already surpassed their goal of £25,000 ($37,590). As of this morning their campaign has raised a total of £32,663 ($49,115), and all extra funds above the £25,000 mark will go towards funding phase 2 of the research. The crowdfunding campaign runs until April 18, 2015.

“Phase two will be a further study involving LSD and creativity,” Amanda Fielding, the director of the Beckley Foundation, tells CBS News. “Does LSD extend the propensity of creativity by loosening the controlling of the default mode network [of the brain] — which is really the physiological basis of the ego.”  CBS News adds: “Researchers hope the images [in phase 1] will begin to reveal the way the drug could work to heal many debilitating conditions such as obsessive compulsive disorder, alcohol addiction, depression and anxiety.”

In the incredible image above, which was taken from a paper entitled Homological Scaffolds Of Brain Functional Networks, we can see how the brain differs in its capacity for making connections between different neural regions in normal waking consciousness (on the left) as compared to the brains of those who have been administered psilocybin (on the right). You can learn more about this extraordinary discovery by visiting BeckleyFoundation.org. And be sure to follow the amazing team at the Beckley Foundation on Facebook, Twitter, and read all of Amanda Fielding’s published articles for The Huffington Post.

In a related story, I was recently telling you about how much of an impact Steve Jobs’ LSD experiences had on his creative mind. You can read the full story here: The True Story Of How Steve Jobs Was Reborn After One Summer Working On An LSD Apple Farm In The 70s.

Previous post:
Welcome To The Anthropocene Epoch: C02 Levels Passed 400ppm In February, Highest Ever Recorded Next Post:
Archaeologists Make Astonishing Discovery Of A Lost Civilization In The Rainforests Of Honduras