More and more scientists, medical researchers, and healthcare professionals around the world are praising the enormous healing power and curative force of psychedelics and hallucinogenic compounds (see green links below).  One such compound is ayahuasca, considered one of the most potently active natural psychoactive compounds in the world.  Lisa Ling of CNN traveled deep into the Amazon of Peru where she met up with a group of U.S. soldiers who have come to the remote area seeking a “miraculous” ayahuasca treatment which has demonstrated powerful healing effects in curing these soldiers of PTSD.  Sadly, PTSD kills 22 soldiers every single day across America.

You can watch the clip above, and learn more at CNN.com.  Be sure to also visit the amazingness that is the Phoenix Ayahuasca Center in Iquitos, Peru.  The center offers 10-day shamanic retreats, and much more: “Deep in the Amazon Rainforest, near the jungle city of Iquitos, lies  the Ayahuasca retreat centre known as Phoenix Ayahuasca. We offer traditional Ayahuasca, San Pedro, Sapo/Kambo ceremonies. Nutritious food, traditional style accommodation on our jungle site. We have a natural pool for swimming and more.”  Count me in!

The psychoactive compound in ayahuasca is the molecule DMT, also commonly known as “the spirit molecule”.  Wikipedia writes: “Indigenous Amazonian Amerindian cultures consume DMT as the primary psychoactive chemical (one that affects the mind) in ayahuasca, a shamanistic brew used for divinatory and healing purposes.  In terms of pharmacology, ayahuasca combines DMT with a MAOI, an enzyme inhibitor that allows DMT to be orally active.  Its presence is widespread throughout the plant kingdom.  DMT occurs in trace amounts in mammals, where it functions as a neurotransmitter and putatively as a neuromodulator.  DMT is also produced in humans; however, its production and purpose in the brain has yet to be proven or understood.  It is originally derived from the essential amino acid tryptophan and ultimately produced by the enzyme INMT during normal metabolism.  The significance of its widespread natural presence remains undetermined.  DMT is structurally analogous to the neurotransmitter serotonin (5-HT) and the hormone melatonin, and furthermore functionally analogous to other psychedelic tryptamines, such as 5-MeO-DMT, bufotenin, psilocin, and psilocybin.”  You can learn more about the spirit molecule in the documentary below. 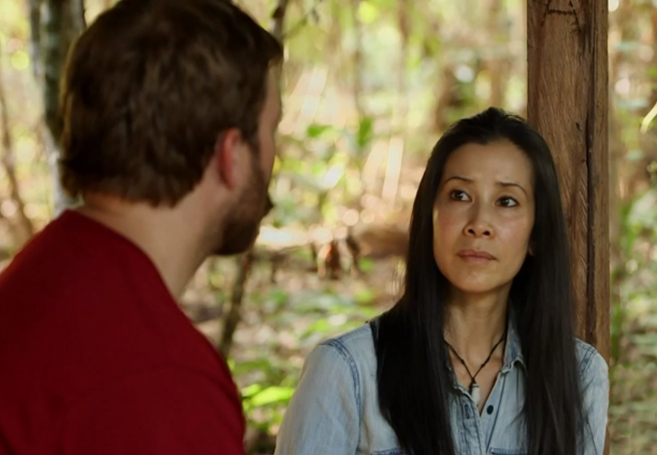 Previous post:
George Lucas Talks To Charlie Rose About Religion & The Psychological Motifs Embedded In “STAR WARS” Next Post:
With A Net Worth Of $350M, Keanu Reeves Is Still Known In The Industry As “The Greatest Guy On Earth”