Fascinating Psychopharmacology Research Indicates The Cure For Alcoholism Is Inside LSD

In a recent study published in the Journal of Psychopharmacology, researchers indicate that the use of LSD, coupled with relapse prevention treatments, leads to extraordinary breakthroughs in the treatment of alcoholism.  Researchers at the Norwegian University of Science and Technology examined earlier experiments conducted in the United States and Canada between 1966 and 1970 which showed that 59%of the 536 subjects involved in the study had reduced levels of alcohol misuse after taking the drug, compared to 38 percent who were given placebos.  Those who received a single dose of 210-800mg of LSD appeared to retain the benefits up to 12 months later.

The research suggests that taking the drug could give alcoholics a fresh perspective on their drinking problem and take steps to quit.  The supervisor of one trial said: “It was rather common for patients to claim significant insights into their problems, to feel that they had been given a new lease on life, and to make a strong resolution to discontinue their drinking.”  Researchers Teri Krebs and Pal-Orjan Johansen of the Norwegian University of Science and Technology told ABC NEWS: “After taking LSD, some subjects were able to become much more self-accepting, to show greater openness and accessibility, and to adopt a more positive, optimistic view of their capacities to face future problems.”

The Norwegian researchers searched through databases for studies done over the years of LSD and alcohol, then narrowed the field to six in the U.S. and Canada. They extracted the data, pooled it, and then in effect did their own study of the results.  “It is puzzling why this treatment approach has been largely overlooked,” the Norwegian report said.  In part, there may have been statistical and methodological reasons.  As well, “the complicated social and political history of LSD led to increasing difficulties in obtaining regulatory approval for clinical trials.”  The effectiveness of a single dose of LSD, the Norway study said, compares well with the effectiveness of commonly prescribed alcohol-abuse medications such as naltrexone, acamprosate, or disulfiram.  “As an alternative to LSD, it may be worthwhile to evaluate shorter-acting psychedelics, such as mescaline, psilocybin, or dimethyltryptamine,” the report said. 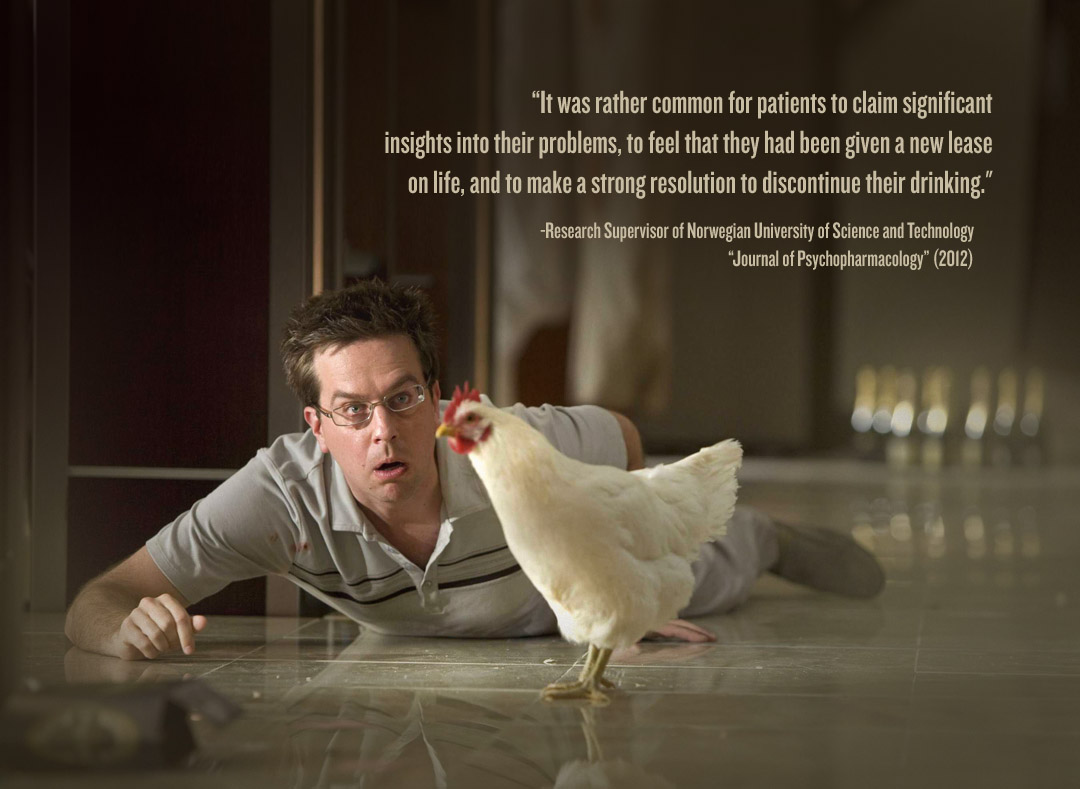