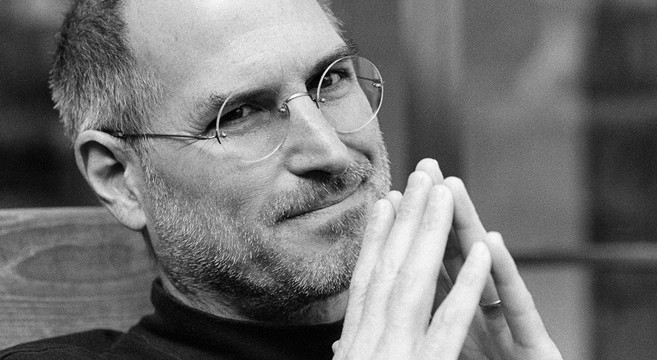 Steve Jobs was very outspoken when the subject turned to the virtues of LSD. The revolutionary computer prodigy and industrialist was never shy to elaborate on why his experiences on LSD were, as he described in his own words: “one of the two or three most important things I have done in my life.” He explained how LSD completely transformed his understanding of how information could be stored, managed, and transmitted, and Apple would have never existed had it not been for the profound revelations he experienced during those trips. Now in the wake of his passing, we’re learning more about just how significant those mind-expanding trips were for Jobs, a genius whose work has fundamentally transformed the digital age in every possible way.

Following high school graduation in 1972, Jobs enrolled at Reed College in Portland, Oregon. Reed was an expensive college which his parents could hardly afford, and they were spending much of their life savings on their son’s higher education. Jobs dropped out of college after six months and spent the next 18 months dropping in on creative classes, including a course on calligraphy. In the commencement address he gave at Stanford, Jobs said that, while he continued to audit classes at Reed, he slept on the floor in friends’ dorm rooms, returned Coke bottles for food money, and got weekly free meals at the local Hare Krishna temple (source). His best friend during that time was fellow Reed student Daniel Kottke. In a recent interview with CNN, Kottke has opened up for the first time about the psychedelic experiences he shared with his close friend Steve during that time. Kottke said he never wanted to discuss that period while Steve was still alive, but now that Steve has passed he feels more comfortable opening up.

CNN Money writes: “‘We would take psychedelics and whole new vistas opened up,’ Kottke said. The two initially bonded over their interest in Be Here Now, a book on things like psychedelics and spirituality. This became the foundation for a fast friendship. ‘We were monk-wannabes,’ Kottke said. They were on a quest to better understand consciousness using an LSD varietal known as Orange Sunshine as their Sherpa. ‘We were … in a meditative space,’ Kottke said. ‘But that’s partly because we were reading books about chakras and psychic energy and the chi and the Kundalini serpent that was going to rise up our spine.’ Kottke had access to LSD, and Jobs was an enthusiast. They would read, go on hikes and wander the rose gardens at Reed College. Jobs has been quoted as saying that LSD was one of the most profound experiences of his life, and the name for Apple came from his experience working on the apple farm of another fellow tripper from Reed.” Steve Jobs and Daniel Kottke traveled through India together as well, and you can listen to Kottke tell the story in his interview with CNN.

In 2010 The Financial Times wrote a fascinating piece on the role of drugs in the history of the arts, and it’s an absolute must-read. You can read it in full by CLICKING HERE. And even more brilliant than this is philosopher, author, and neuroscientist Sam Harris, Ph.D., who penned an exquisite essay entitled “Drugs And The Meaning Of Life” which you can read in full by CLICKING HERE. (Photo courtesy of 9 to 5 Mac).