The former head of the Vatican Bank, Ettore Gotti Tedeschi, compiled a secret dossier exposing the highly illegal activity that permeates the religious institution because he feared for his life, it has been claimed.  The scandal surrounding the leaks coming from the desk of the Pope as well as other top areas from within the Vatican continues to grow even more disturbing with each passing day.  Gotti Tedeschi reportedly distributed copies of the documents to close confidants with the instruction:

“If I am killed, the reason for my death is in here. I’ve seen things in the Vatican that would frighten anyone.” Earlier this year, the city state was listed as a ”jurisdiction of concern” for money laundering in the U.S. State Department’s annual International Narcotics Control Strategy Report.  Mr Gotti Tedeschi was so fearful for his safety that he hired bodyguards and sought advice from a private investigation agency, according to news reports.

This news comes nearly 3 and a half months after the world’s top banking organization JP Morgan Chase shut down the Vatican Bank’s account because of overwhelming concerns of highly illegal activity.  Italy’s leading financial daily Il Sole 24 Ore reported during the weekend of March 17, 2012 that some 1.5 billion euros passed through the Vatican’s account in about 18 months. It said the account was a “sweeping facility,” meaning that it was emptied out at the end of each day with funds transferred to another Vatican account in Germany.  In September, 2010, Italian investigators also froze 23 million euros ($33 million) in funds in two Italian banks after opening an investigation into possible money-laundering.

The Vatican Bank, formally known as the Institute for Works of Religion (IOR), was entangled in the collapse 30 years ago of Banco Ambrosiano, with its lurid allegations about money-laundering, freemasons, mafiosi and the mysterious death of Ambrosiano chairman Roberto Calvi, nicknamed “God’s banker”.  The IOR then held a small stake in the Ambrosiano, at the time Italy’s largest private bank and investigators alleged that it was partly responsible for the Ambrosiano’s fraudulent bankruptcy.  Several investigations have failed to determine whether Calvi, who was found hanging under Blackfriars Bridge near London’s financial district, killed himself or was murdered.  The IOR eventually paid $250 million to creditors. 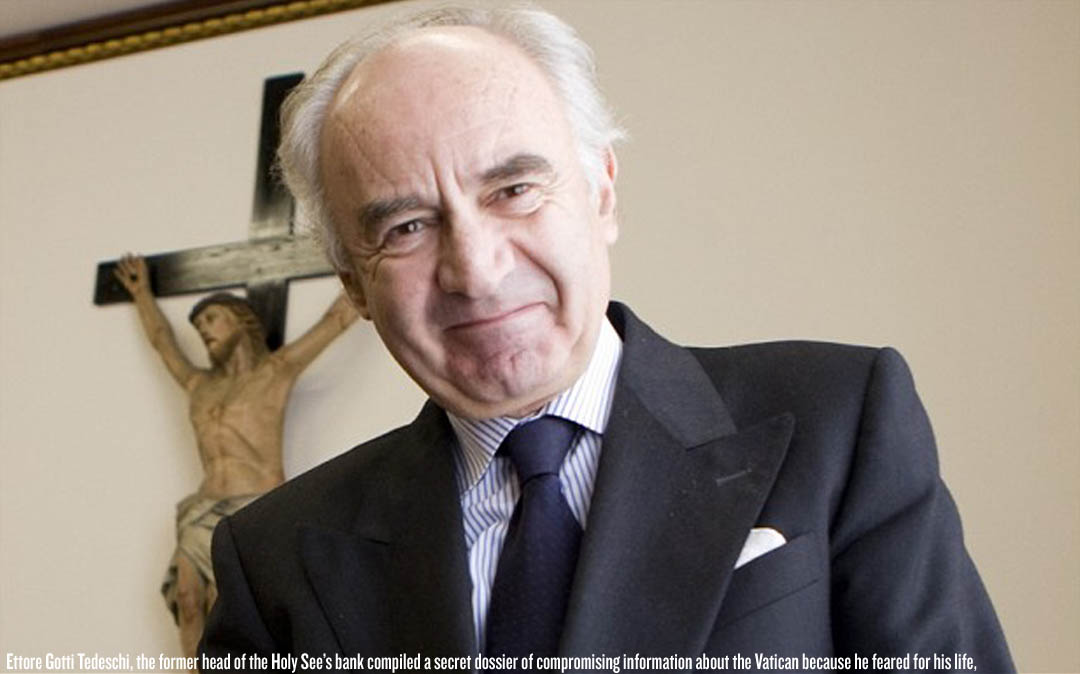 Previous post:
The Story Of How A Photocopier Could Have Saved Bach’s Life Next Post:
New Images Released From Michel Gondry’s Dreamlike “Mood Indigo” Based On Boris Vian’s 1947 Novel