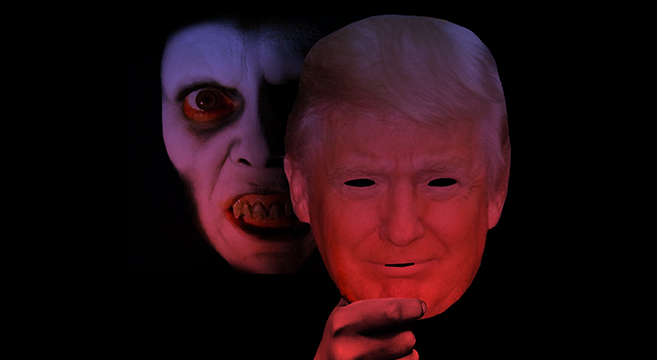 Shakespeare On Trump’s Immorality & The Hypocrisy of Evangelicals: “We Become The Masks We Wear”

The autopsy of the devastating 2016 presidential election is still ongoing, but the most telling discovery I learned came from data analysts who linked Trump’s popularity to folks in the heartland and Appalachia who are uncomfortable with the explosive rise of racial, ethnic, and social diversity in their communities over the past 15 years. “The Wall Street Journal identified the epicenter of this shift using the diversity index, a tool often used by social scientists and economists. It measures the chance that any two people in a county will have a different race or ethnicity. In 244 counties, that diversity index at least doubled between 2000 and 2015, and more than half those counties were in the cluster of five Midwestern states. The analysis excludes tiny counties that produce numeric aberrations … Traditional immigrant gateways like Los Angeles, Miami and Queens, N.Y., draw a far greater number of Latino and other minority residents, but because they have long been melting pots, their diversity has barely changed over the past 15 years.”

This discomfort with “the other” (i.e. immigrants, LGBT, Muslims, etc.); mixed with the Midwest’s inability to cope with the accelerating pace of technology, change in the job market, and the modern world at large; mixed with the scare tactics of Donald Trump, combined to create a perfect storm which the Democrats grossly underestimated. Drew Faust once wrote, “History is about change — those who resist it, and those who like it.” Well, last week American conservatives came out in full force to make it known they are most certainly not comfortable with this change whatsoever.

American conservatives are a mixed bag, but the largest component of its demographic breakdown are Evangelicals. But this group of people who are so fanatic about preaching morality under the threat of eternal hellfire were more than willing to dance with the devil in order to move America closer to two things: a federal prohibition of abortion and gay marriage. Their obsession with these two issues was enough for them to overlook Trump’s horrifying treatment of women, his determination to unlock $50 trillion worth of untapped fossil fuels by fracking and other means, his commitment to rip up all climate change accords and destroy all progress on the environment which could have saved millions of lives, his dream of nuclear proliferation which will inch us closer to World War 3, his dream of making gay marriage and gay adoption illegal which will prohibit countless orphans from being given the chance to grow up in a loving home with loving parents, his goal of deporting millions of people which will destroy millions of families in the process, and so much more.

The moral bankruptcy of Evangelical voters was cemented in history on November 8, 2016. Even the Pope himself was pro-Hillary, warning America of the moral bankruptcy of a vote for Trump. The Evangelicals will now forever wear this albatross around their necks (or is it a scarlet “T”), and they must be held accountable by the “You break it, you buy it” rule. It is not just the terrifying policies that are about to come with a Trump presidency — it’s the destructive psychological impact this President-elect is already having on families and minorities everywhere. As Bernie Sanders wrote yesterday, “I am deeply distressed to hear stories of Americans being intimidated and harassed in the wake of Mr. Trump’s victory, and I hear the cries of families who are living in fear of being torn apart. There is no compromise on racism, bigotry, xenophobia and sexism.”

In George Orwell‘s fascinating essay, Shakespeare and Religion, Orwell examines the paradox of learned morality vs. the passage of time. Orwell points to Shakespeare’s play, Henry IV (published March 1600), in which the character of Henry Percy (i.e. Hotspur) is slain by his rival, Prince Hal. “Hotspur, as he is dying,” writes Orwell, “sums up the human predicament with a few memorable words: ‘But thought’s the slave of life, and life time’s fool; And time, that takes survey of all the world; Must have a stop.’ We think we know who we are and what we ought to do about it, and yet our thought is conditioned and determined by the nature of our immediate experience as psychophysical organisms on this particular planet. Thought, in other words, is Life’s fool. Thought is the slave of Life, and Life obviously is Time’s fool inasmuch as it is changing from instant to instant, changing the outside and the inner world so that we never remain the same two instants together. Thought is determined by life, and life is determined by passing time.”

But as Evangelical voters have made so abundantly clear last Tuesday, religious fanaticism is an effective antidote to thought, thereby foregoing the requirement to learn about morality via life experience. “They have no questions — only answers,” says Lesley Hazelton in her remarkable TED Talk entitled The Doubt Essential To Faith (watch below). “This is not faith,” she says. “This is the arrogance of fundamentalism.” Jesus, she says, would be appalled by Evangelicalism. And he would be appalled by their collective support of Trump as well.

In Charlie Rose’s roundtable analysis of the election in which they discuss the new post-fact world Trump has created (watch below), Cokie Roberts tells of how one reporter found that each time he confronted a Trump supporter and told them 2015 was the hottest year on record, none of them believed it. She also highlights research which found that the more people are shown studies proving that vaccines have no connection to autism, the less they believe the studies. For Trump supporters it seems that “the others” are entitled to their opinions, but not their facts.

On Friday’s Real Time With Bill Maher, Pulitzer Prize-winner and New York Times columnist, Tom Friedman, described the results of the 2016 election as the equivalent of “a moral 9/11.” And Malcolm Gladwell describes the phenomenon of people allowing themselves to go down this road in what he refers to as “moral licensing” (listen to his podcast below). For example: some Americans feel because they voted for a black President they have a moral license to act on their racist impulses. Some male bosses who hire female employees feel they have a moral license to harass these women because they gave them a chance. And some Americans feel they’ve been politically correct for long enough in the modern world that they have a moral license to vote for Trump in order to save America from the gays, the immigrants, and the abortions. Sadly, as of last Tuesday, they’ve now thrown the baby out with the bath water.

Salena Zito describes in The Atlantic how the press takes Trump literally but not seriously, while Trump’s supporters take him seriously but not literally. The freakiness of this strange situation is made all the more bizarre by the fact that many of us “others” are not sure exactly which Donald Trump will emerge on stage on January 20, 2017. While we can only hope for a more tolerant Donald Trump to come out from behind his Republican mask, the Evangelicals want him to keep the mask on. Sadly, like all of Shakespeare’s tragedies have taught us, the Evangelicals will likely get their wish. As Shakespeare warned — we become the mask we wear — and Donald Trump is no exception. 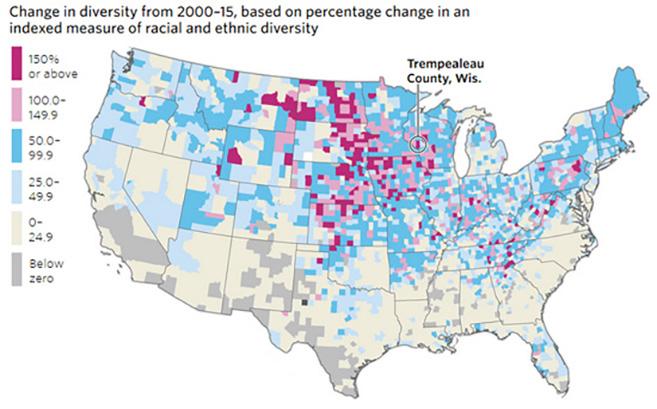