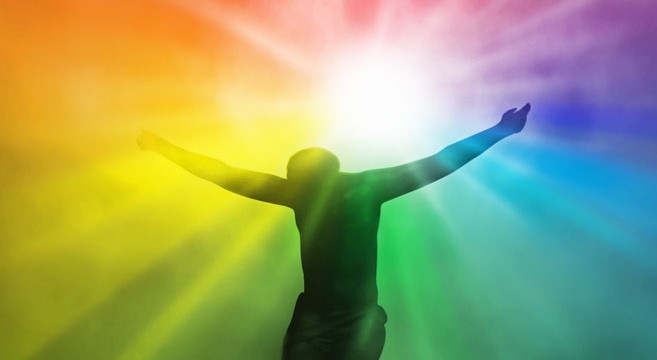 Renowned Bishop: Marriage Was Never A Christian Institution & The Bible Is Cool With Gay Marriage

When the U.S. Supreme Court made same-sex marriage a right nationwide yesterday, Republicans erupted in a cacophonous opposition, not simply aimed towards same-sex unions but also towards same-sex orientation itself. Their argument is entirely a faith-based one, but America’s progressive Christian leaders are not having any of it. America’s most renowned progressive religious scholar is Bishop John Shelby Spong, a Harvard lecturer who was Bishop of the Episcopal Diocese of Newark for 24 years before his retirement in 2001. His admirers acclaim him as a teaching bishop who makes contemporary theology accessible to the ordinary layperson — he’s considered the champion of an inclusive faith by many, both inside and outside the Christian church. In one of his recent books, The Sins of Scripture: Exposing the Bible’s Texts of Hate to Discover the God of Love, this visionary thinker seeks to introduce readers to a proper way to engage the holy book of the Judeo-Christian tradition.

Bishop Spong says he has never been interested in Bible bashing. “I come to this interpretive task not as an enemy of Christianity,” he says. “I am not even a disillusioned former Christian, as some of my scholar-friends identify themselves. I am a believer who knows and loves the Bible deeply. But I also recognize that parts of it have been used to undergird prejudices and to mask violence.” In his remarkable essay written in June 2011 after New York state legalized gay marriage, Spong explains how America’s Christian fundamentalists have no grounds for their theological anti-gay interpretation of the Bible, or for their argument that marriage is inherently a Christian institution. “First, the institution of marriage is a secular and social institution,” writes Spong. “In different ancient cultures, marriage was more of a business arrangement, joining families together for mutual benefit. Under Roman law in the first centuries of the Common Era, there were proper opportunities for divorce and the dissolution of a marital union for both parties. However, as the Christian church grew, marriage became more ecclesiastically governed.”

“The Bible does not clearly endorse one form of marriage over another,” he adds. “Adam and Eve as the divine groom and bride is one Biblical arrow in the quiver of same-sex union opponents. The Yahwist creation story in Genesis (the second creation story) has God forming Eve out of Adam’s rib, and Adam exclaiming their unity (‘this is at last bone of my bones and flesh of my flesh’). This is a gender creation story, not a creation of marriage story. Adam and Eve do not exchange rings, say ‘I do’ and have a jazz band reception in Paradise.”

“The Biblical arguments against same-sex marriage are not proffered from texts that deal with marriage, but from texts that purportedly deal with same-sex orientation. Same-sex marriage is rejected as un-Christian and immoral on the basis of a myopic reading of a very few Biblical texts. And the texts in question are scant indeed. The most referenced texts are Genesis 19; the holiness codes of Leviticus 17-26, and in the New Testament, Paul’s First Letter to the Corinthians 6:9 and his Letter to the Romans 1:26-27. Not only does one have to ‘hunt’ for references to same-sex practices, but there are no gospel texts that treat the matter. There is nothing attributed to Jesus of Nazareth that has anything to do with same-sex orientation. According to the gospels, Jesus never commented on same-sex practices; that fact certainly bears repeating to anyone criticizing the gay community on Christian grounds. Largely, same-sex practice is a topic of little interest to the Biblical authors.” Bishop Spong’s essay goes on to highlight even more reasons why the right-wing interpretation of the Bible is riddled with wrongs, and you can read it in full by visiting JohnShelbySpong.com. I’ve also attached some of Bishop Spong’s most impressive interviews and lectures for your viewing pleasure below as well. And for more amazingness be sure to visit ProgressiveChristianity.org.

As President Obama so eloquently described in his White House speech yesterday, the Supreme Court’s decision delivered justice “like a thunderbolt.” Perhaps the most beautiful statement of all came from Justice Anthony M. Kennedy who wrote for the majority in the historic decision. “The Court now holds that same-sex couples may exercise the fundamental right to marry. No longer may this liberty be denied to them. No union is more profound than marriage, for it embodies the highest ideals of love, fidelity, devotion, sacrifice, and family. In forming a marital union, two people become something greater than once they were. As some of the petitioners in these cases demonstrate, marriage embodies a love that may endure even past death. It would misunderstand these men and women to say they disrespect the idea of marriage. Their plea is that they do respect it, respect it so deeply that they seek to find its fulfillment for themselves. Their hope is not to be condemned to live in loneliness, excluded from one of civilization’s oldest institutions. They ask for equal dignity in the eyes of the law. The Constitution grants them that right.”

“The Constitution promises liberty to all within its reach, a liberty that includes certain specific rights that allow persons, within a lawful realm, to define and express their identity,” Justice Kennedy adds. “The petitioners in these cases seek to find that liberty by marrying someone of the same sex and having their marriages deemed lawful on the same terms and conditions as marriages between persons of the opposite sex. Far from seeking to devalue marriage, the petitioners seek it for themselves because of their respect — and need — for its privileges and responsibilities. And their immutable nature dictates that same-sex marriage is their only real path to this profound commitment.”

A visiting lecturer at Harvard and at universities and churches worldwide, Bishop John Shelby Spong delivers more than 200 public lectures each year to standing-room-only crowds. His bestselling books include Rescuing The Bible From Fundamentalism, A New Christianity For A New World, Why Christianity Must Change Or Die, and Here I Stand. Bishop Spong’s extensive media appearances include a profile segment on 60 Minutes, Good Morning America, Fox News Live, and many others. Bishop Spong and his wife, Christine Mary Spong, have five children and six grandchildren. They live in New Jersey. 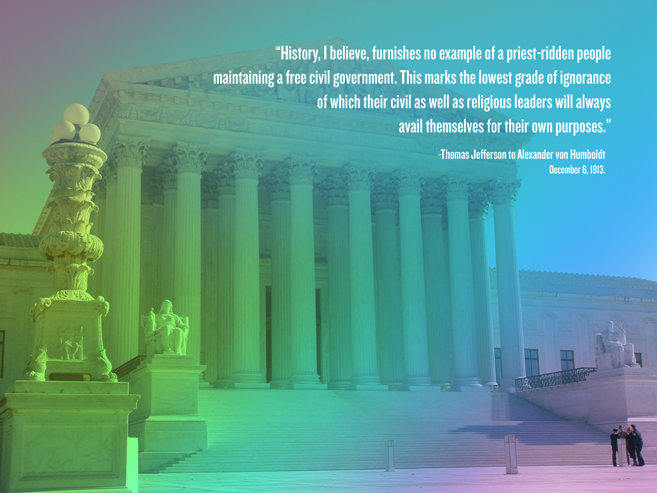 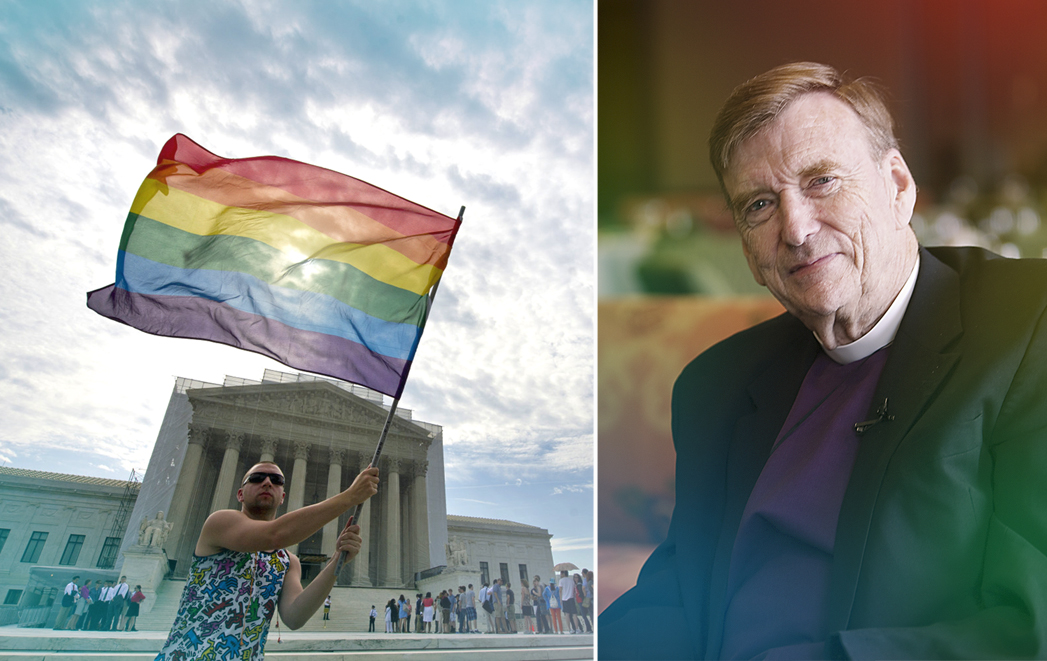 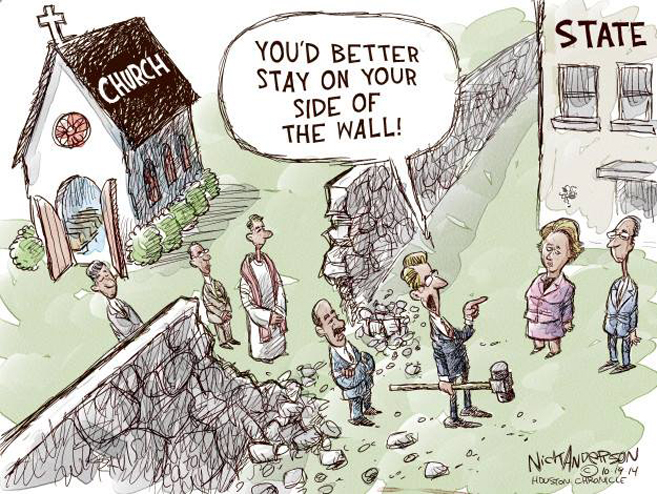