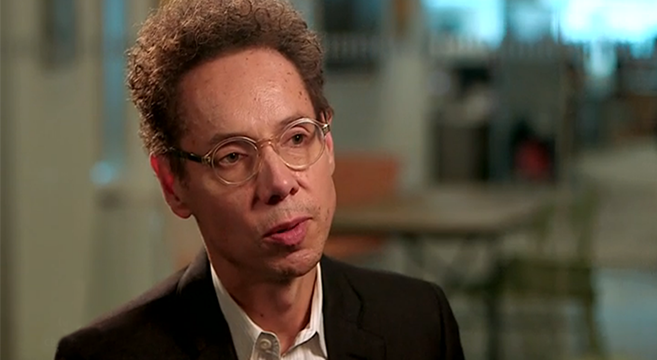 The 2016 U.S. Presidential Election will go down in history as the nastiest, most brutal demonstration of politics gone sour. Sure, one could argue that it was business as usual, but as Malcolm Gladwell tells the CBC’s Wendy Mesley, that would be a mistake. Gladwell argues that the 2016 election was markedly different from any that came before, and possibly any that will ever come again. He also theorizes that the nastiness meter reached level 10 for one very simple reason — one of the candidates was a woman. “[Hillary Clinton] is being penalized for having a series of traits that people find unacceptable in a woman,” he said, noting the negative perception of Clinton predates her email and Benghazi scandals. “This goes back two decades now. To me, the most disturbing lesson about this election is that the United States is a good deal less open to women in positions of power than it would like to pretend that it is.” Gladwell references the first episode of his critically acclaimed podcast series, Revisionist History. In his debut episode entitled “The Lady Vanishes,” Gladwell explains the psychology of “moral licensing” and how Hillary Clinton is being unconsciously punished by society. “The Lady Vanishes explores the world of art and politics to examines the strange phenomenon of the ‘token’ — the outsider whose success serves not to alleviate discrimination but perpetuate it. If a country elects a female president, does that mean the door is now open for all women to follow? Or does that simply give the status quo the justification to close the door again?” Watch Gladwell’s interview with the CBC below, and listen to Gladwell’s brilliant podcast “The Lady Vanishes” as well. You can also read my July 2016 story entitled: The Women On Top Theory: When Women Reach 20-30% Of Institutional Power, Progress Always Skyrockets.

Previous post:
Hunting Linked To Psychosexual Inadequacy & The 5 Phases Of A Hunter’s Life Of Sexual Frustration Next Post:
Welcome To Dr. Strangelove: These Are The Nightmarish Things That Will Happen Beginning January 21st