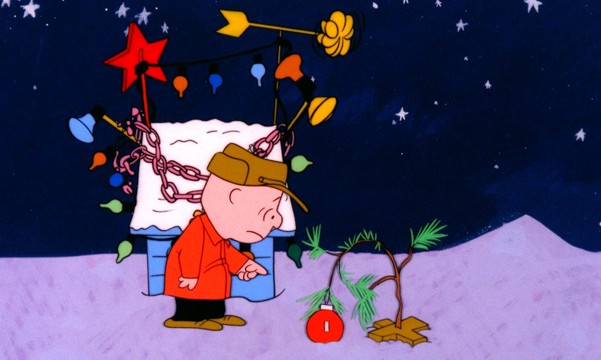 2010 marked the 45th anniversary of A Charlie Brown Christmas on television.  It was the first Peanuts animated special and it launched an empire.  Critics have suggested that without the Vince Guaraldi (1928-1976) jazzed-up soundtrack, this legendary TV special never would have had the same impact — the TV special and the sound track, all of that almost never happened.

A Charlie Brown Christmas is the result of a perfect storm of circumstance and talent.  Drummer Jerry Granelli grew up in San Francisco but now lives in Halifax, Nova Scotia.  He is the last surviving member of the Vince Guaraldi trio that recorded the now classic soundtrack to A Charlie Brown Christmas.  Jerry Granelli and producer Colin MacKenzie decided that it was time to head back to San Francisco and remember how that soundtrack came together 45 years ago.

Last night I happened to catch this Inside The Music audio documentary on the backtstory to the Vince Guaraldi soundtrack to A Charlie Brown Christmas, and found myself so enthralled by the story of serendipity and chance, that I stayed inside my car for an extra 20 minutes until the entire hour was over.  You won’t know until you hear why, but just one of the doc’s fascinating tidbits reveals how this iconic jazz score would never have happened had it not been for the movie Black Orpheus.  And speaking of Black Orpheus, it also served as the visual accompaniment to Arcade Fire’s brilliant track “Afterlife” off their brand new album REFLEKTOR.

You can watch the video below to familiarize yourself with Black Orpheus, and I have also included a clip from A Charlie Brown Christmas.  But perhaps most importantly, I have included the Vince Guaraldi composition “Cast Your Fate To The Wind” which was the very genesis behind the entire story to begin with.  Pure amazingness.

SEE ALSO: The Story Behind The Iconic 1964 TV Special “Rudolph The Red-Nosed Reindeer”
SEE ALSO: Scott Thompson Of “Kids In The Hall” On Prophecy, Ghosts, And Being Firebombed By Terrorists (This Gave Me Goosebumps)

Previous post:
The “Blue Zones” Super-Agers Who Forget To Die: The Fascinating TED Talk On How To Live Beyond 100 Next Post:
FEELguide Editorial: The “Duck Dynasty” Controversy And The Moral Reprehensibility Of Evangelicalism