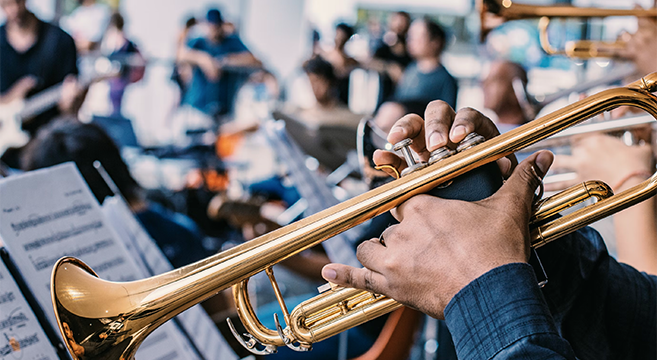 The 6 Scales Every Jazz Musician Should Know

Playing jazz can be incredibly rewarding, but it can also be pretty daunting – especially if you’re just starting. There are so many things to learn and remember, from chord progressions to improvisation techniques. But one of the most important things for any jazz musician is to have a strong grasp of the key scales.

There are hundreds of different scales that you could learn. Depending on the context, the type of song, and the instrument you’re playing, you might not need to use all of these scales every time you sit down to play jazz. However, as a beginner, it’s important to focus on the most essential ones. In this blog post, we’ll introduce you to six different scales that every jazz musician should know and explain why they’re so important.

The Major Scale is one of the most important scales in jazz. It’s a diatonic scale – it contains seven notes and can be used in any key. The Major Scale is often used as the basis for chords and chord progressions. It has a bright, happy sound that makes it perfect for upbeat tunes.

However, The Major Scale is versatile enough to be used in a wide range of styles, from swing to bebop to fusion, and it’s also a common starting point for improvisation. As noted in Steve Nixon’s guide to scales, it is often done using your ears and tastes as your guide as to when to use it. The major scale can also be used to create other scales, such as the Dorian Mode, by starting on a different note. So if you’re just starting, learning how to play the Major Scale in all twelve keys is a great place to begin.

The Minor Scale is another important scale for jazz musicians. It’s also a diatonic scale, which means it can be used in any key. The Minor Scale has a darker, more melancholic sound than the Major Scale. It’s often used in slower, more introspective songs.

The Minor Scale is also a common starting point for improvisation. As with the Major Scale, there are different types of Minor Scale, such as the Harmonic Minor and the Melodic Minor. The main difference is that the Melodic Minor Scale has a different shape when ascending (going up) and descending (going down). The easiest way to learn how to play the Minor Scale is to start by practicing it in all twelve keys. This will give you a good foundation to work from and will make it easier to improvise using the scale in different contexts.

The Blues Scale is a variation of the Minor Scale that’s commonly used in jazz. It’s perfect for playing bluesy, soulful tunes. The Blues Scale contains six notes, rather than seven like the Major and Minor Scales. However, it still has a minor third, which gives it that characteristic blues sound.

To create the Blues Scale, you start with a Minor Pentatonic Scale and add in one extra note – the flattened fifth, or blue note. This gives the scale its distinctive sound. The Blues Scale is often used for soloing and improvisation,  as it’s perfect for creating those bluesy licks.  The best way to apply the Blues Scale is to use it over a 12-bar blues progression. This will give you a chance to practice improvising with the scale and experiment with different sounds. Once you’re comfortable with the Blues Scale, you can start to mix it up with other scales, such as the Major Scale, to create your unique sound.

The Dominant Bebop Scale is the most important scale for jazz musicians to know. It is a seven-note scale that contains all of the notes in both the major and minor scales, which makes it perfect for soloing over any chord progression. The Dominant Bebop Scale can be used in any key, and it gives you a lot of flexibility when soloing.

The scale consists of two intervals: a major third and a minor third. This means that the scale can be used to solo over chords that are either major or minor. Once you understand the construction of the Dominant Bebop Scale, you can start to practice soloing with it. A great way to practice soloing with the scale is to use a backing track – recordings of chord progressions that you can solo over.

The Melodic Minor Scale is a very important scale for jazz musicians to know. It is often used in jazz and classical music and can be used to create many different minor scales. This will give you a lot of options when it comes to creating your music. Just keep in mind that the Melodic Minor Scale is a bit more challenging to solo with than other scales. This is because of its unique ascending and descending shape. However, with a bit of practice, you’ll be able to master it in no time.

While there is more to jazz than just scales, they are a fundamental part of the music. By learning the six scales listed above, you’ll be giving yourself a solid foundation on which to build your jazz knowledge, so you move on to explore other concepts. So whether you are playing piano, saxophone, trumpet, or any other instrument, make sure you master these scales, and you’ll be well on your way to becoming a Jazzmaster!

Previous post:
How To Become A Healthcare Professional: 8 Useful Tips Next Post:
8 Things You Didn’t Know About Olympic Gymnasts