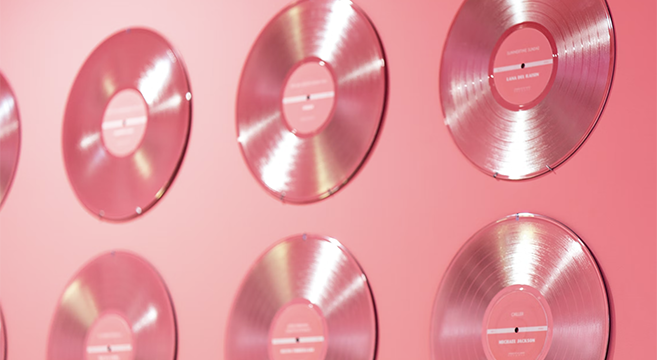 The early 2000s were a golden age for pop music. From NSYNC and the Backstreet Boys to Britney Spears and Christina Aguilera, the charts were filled with sugary sweet pop hits. But where are all those stars now?

It seems like every day, another 90s icon is making a comeback. But what about the 2000s? While some of the biggest names from that decade have managed to stay relevant, there are plenty of others who have faded into obscurity. Let’s take a look at eight pop stars from the 2000s that we don’t hear about anymore.

One musical duo that was huge in the early 2000s was LMFAO. They got their start in 2006 with the release of their debut album, Party Rock. Their music is a mix of electronic dance music and hip-hop. The duo consists of Redfoo and SkyBlu, who are uncle and nephew, and had a string of hits including “Party Rock Anthem” and “Sexy and I Know It.” But after releasing their second album in 2012, the group announced they were going on hiatus.

In 2018, Redfoo revealed that LMFAO had actually broken up for good. While we miss hearing their catchy tunes, some of us may be wondering where is LMFAO now and what are they doing. It’s not surprising that LMFAO is no longer making music together. After all, both members have moved on to other projects. After the hiatus announcement in 2012, Redfoo released his debut solo album in 2014, while SkyBlu’s debut album was released later in 2019. Since then, Redfoo has pursued a solo career as a DJ and producer, while SkyBlu has become a fashion designer. Although they have pursued separate careers, the duo has not ruled out a reunion in the future, so fans can still have something to look forward to.

Colombian singer Shakira first rose to fame in the late 1990s with her fourth studio album, Donde Estan Los Ladrones?. The album’s success helped her gain international attention, and she went on to release a number of hit songs, including “Whenever, Wherever” and “Hips Don’t Lie.”

In recent years, Shakira has taken a step back from music to focus on her family. She welcomed her first child, son Milan, in 2013 and her second child, son Sasha, in 2015. In November 2017, Shakira put her music career on hold again when she underwent emergency surgery for a hemorrhaging vocal cord, from which she recovered a few months later. While it may seem like Shakira’s musical activities seem to have mellowed out since her surgery, she has been working on her twelfth studio and has announced that it has been finished and will be released sometime soon. She is also currently busy as an executive producer and a creator for “Dancing with Myself” on NBC, so fans will get to hear from her soon.

Actress and singer Jennifer Lopez got her start in the entertainment industry as a dancer on the 1991 television series In Living Color. She later transitioned into acting and starring in films such as Selena and Out of Sight.

Lopez also found success as a recording artist, releasing her debut album, On the 6, in 1999. Since then, she’s released eight more studio albums, including the blockbuster hits J.Lo and This Is Me… Then. In recent years, Lopez has focused on her acting career, starring in films such as The Boy Next Door and Second Act. She occasionally still performs musically like in the 2019 international concert tour, “It’s My Party” as a celebration of her 50th birthday, the 2020 Super Bowl LIV halftime show in Miami, Florida with Shakira, and the 2021 inauguration of President Joe Biden in Washington, D.C.

Pop princess Britney Spears rose to fame in the late 1990s with her debut album, …Baby One More Time. The album’s title track was a massive hit, helping it sell more than 20 million copies worldwide.

Spears followed up her debut album with a number of other successful albums, including Oops!… I Did It Again and Britney. In the early 2000s, Spears’ personal life began to unravel, and she took a break from her music career. She made her comeback in 2008 with the release of her album Blackout.

Since then, Spears has released two more studio albums, but neither one has been as successful as her earlier work. In 2019, Spears announced that she was taking an indefinite hiatus from music to focus on her health and well-being.

Jessica Simpson first rose to fame in the late 90s as a pop star, but she really came into her own in the early 2000s with her reality TV show, Newlyweds: Nick and Jessica. She also released a string of successful albums, including Sweet Kisses and In This Skin. But her career has taken a backseat in recent years to her work as a fashion designer.

NSYNC was one of the biggest boy bands of the late 1990s and early 2000s. The group released three studio albums between 1996 and 2002, selling more than 50 million copies worldwide.

The group’s most successful album was their second, No Strings Attached, which sold more than 10 million copies in the United States. The group disbanded in 2002 but reunited for a brief reunion tour in 2013.

Like NSYNC, the Backstreet Boys were one of the biggest boy bands of the late 1990s and early 2000s. The group released five studio albums between 1996 and 2005, selling more than 130 million copies worldwide.

The group’s most successful album was their third, Millennium, which sold more than 30 million copies worldwide. The group reunited in 2012 and has been touring ever since.

Mandy Moore first came onto the scene as a teen pop star in the late 90s. She had a few hits in the early 2000s, but she’s better known these days for her work as an actress. She’s starred in movies like A Walk to Remember and Tangled, and she currently has a leading role on the hit TV show This Is Us.

These are just a few of the pop stars from the 2000s that we don’t hear about much these days. What happened to them? In some cases, they’ve simply faded into obscurity. In others, they’ve found success in other areas, like acting or fashion design. But whatever the reason, it’s clear that their moment in the spotlight is over.

Previous post:
A Useful Planning Checklist for Your Next SUP Adventure Next Post:
Google Advertising Costs: What You Should Know