Banner Photo #108: The Story Behind The Iconic 1964 TV Special “Rudolph The Red-Nosed Reindeer”

On Sunday, December 6, 1964, NBC premiered the iconic Christmas television special Rudolph The Red-Nosed Reindeer, and over the past 47 years it has become the longest-running Christmas special in television history.  The 47-minute-long classic was produced in stop-motion animation by Rankin/Bass Productions, and was based on the song of the same name by Johnny Marks, which in turn was based on the 1939 poem of the same title, written by Marks’ brother-in-law, Robert L. May, who was an advertising copywriter for Montgomery Ward.

The story begins with Donner’s wife who gives birth to a young doe named Rudolph whom they quickly learn has been born with an unusual deformity — a glowing red nose.  Not wanting him to be shamed or treated as an outcast, Rudolph’s parents force him to cover up his nose.  A year later they take Rudolph to participate in the Reindeer Games where he and the other young bucks are trained to be part of Santa’s flying reindeer team.  Soon enough, Rudolph’s peers discover his unusual nose, and he is banned from the Games and shunned by everyone around him.  Rudolph runs away out of despair and encounters a host of misfits along the way.  In the end Rudolph becomes a hero, and the very same glowing nose that made him a mutant became the #1 reason Santa chose him to lead his team.

Rudolph The Red-Nosed Reindeer was sponsored by, and used as a promotional device for General Electric, and originally aired on NBC under the umbrella title of The General Electric Fantasy Hour (since 1972, the special has aired on CBS). But how did it become such a huge part of our cultural Christmas landscape?  In a recent feature story in Salon, director Jon Favreau (Iron Man, Elf) explains why it had such a huge impact on him when he was a child: “There was no video or Internet to watch at another time.  When it aired on television was when you watched it. It was also paired up with the song (a big hit at the time), so there was a cultural awareness of it. In addition, there was something interesting and appealing about the stop-motion animation, which is basically movie magic coming to life in front of your eyes. On top of all of those things, it’s the message; the classic Joseph Campbell, rise of the hero story line, which centered on Rudolph. He’s pure, a hero of a thousand faces.”  Rob Ledonne of Slate continues:

Rankin/Bass is Arthur Rankin Jr. and Jules Bass, the producing team and heart and soul behind the special. They pioneered stop-motion animation (back then dubbed Animagic) and later went on to create other Christmas classics including The Year Without a Santa Claus and Frosty the Snowman specials, as well as the ’80s Thundercats TV show, and many other projects.

[Rick Goldschmidt, who wrote the book Rudolph the Red-Nose Reindeer: The Making of the Rankin/Bass Holiday Classic, says the reason why Rudolph] resonates today is because Rankin and Bass hired the best talent at the time to work on it, including Johnny Marks who wrote a variety of follow-up songs for the team after his initial hit.  Goldschidt adds, ‘They also hired these classic New York artists like Jack Davis, Paul Coker Jr, Al Hirschfeld and Frank Frazetta, so that’s why it has such a lasting quality. They had top caliber people on board to make these things. It’s not like today, when you try to get the cheapest product and make the most money off of it. Rankin/Bass wasn’t built like that; they made sure everybody they worked with was the best at what they were doing,’ says Goldschmidt.”

Voice actors were rounded up from Canada, and visuals were shot, oddly enough, in Tokyo. The entire thing was put together in New York, and behind-the-scenes photographs show a MAD MEN-like atmosphere. “Rankin and Bass didn’t know this was going to be their legacy, and that ‘Rudolph’ was all people were going to talk about,” explains Goldschmidt of the duo’s current reaction to the popularity of the special. “They worked on so many other things. But now they’ve embraced all of the admiration.”

You can read the full story of what went on behind the scenes of Rankin/Bass’s Rudolph The Red-Nosed Reindeer — including Jon Favreau’s confession that it was his love of this TV classic that inspired him to make Elf — by visiting Slate’s feature entitled “Everybody Loves A Shiny Nose”.  In 2005, the puppets of Rudolph and Santa used in the filming of this famous television special were discovered when they were brought in for appraisal on PBS Television’s Antiques Roadshow, and had been damaged through years of rough handling by children and storage in an attic.  Brenda Goodman of The New York Times writes:

Shortly after Rudolph was completed, the tiny Rudolph and Santa puppets were taken home by a Rankin/Bass employee. She gave them to her children, who fed Rudolph crayons and red Play-Doh.  Over time, his glowing red nose was lost and his felt fur deteriorated.  Santa’s fluffy white eyebrows and half his mustache vanished.  In 2005, the nephew of the original rescuer found the puppets in a family attic and brought them to be appraised on the PBS series Antiques Roadshow. Created for about $5,000 each in 1964, they were valued at $8,000 to $10,000 for the pair.  The family sold both figures to Kevin A. Kriess, the president of TimeandSpaceToys.com and a lifelong fan of the Rankin/Bass films.  Mr. Kriess declined to reveal the purchase price, but said he had promised the family he would restore the puppets and show them publicly.

For restoration, he turned to another stop-motion studio, Screen Novelties, in Los Angeles. There, Robin Walsh, a puppet maker, ordered kid mohair for Santa’s beard, consulted museum restoration experts for the best ways to clean painted wood and grimy wool, and discovered, by freezing frames from Rudolph, that Santa’s mouth had once been painted. The broken lead wires in the puppets’ arms and legs also needed to be replaced.  The hardest thing, Ms. Walsh said, was getting over her fear of handling the puppets.  “I was holding my childhood in my hands,” she said.

In December 2008 the Atlanta-based Center for Puppetry Arts held a month-long exhibition featuring the 9-inch tall Santa, and 5-inch tall Rudolph, and organizers were astonished when visitors began arriving from across the country to see the pair.  You can read the full story by visiting The New York Times at NYTimes.com.  Since 1972, the iconic special has aired on CBS, with the network unveiling a high-definition, digitally remastered version in 2005.  Rudolph no longer airs just once annually, but several times during the Christmas and holiday season and on multiple networks.  It has been telecast every year since 1964, making it the longest running Christmas TV special in history, and one of only four 1960s Christmas specials still being telecast with the others being A Charlie Brown Christmas, How the Grinch Stole Christmas, and Frosty the Snowman.  In 2012 the distribution rights for Rudolph The Red-Nosed Reindeer were purchased by DreamWorks.  To purchase your own copy of Rick Goldschmidt’s book Rudolph the Red-Nose Reindeer: The Making of the Rankin/Bass Holiday Classic simply head over to Amazon. 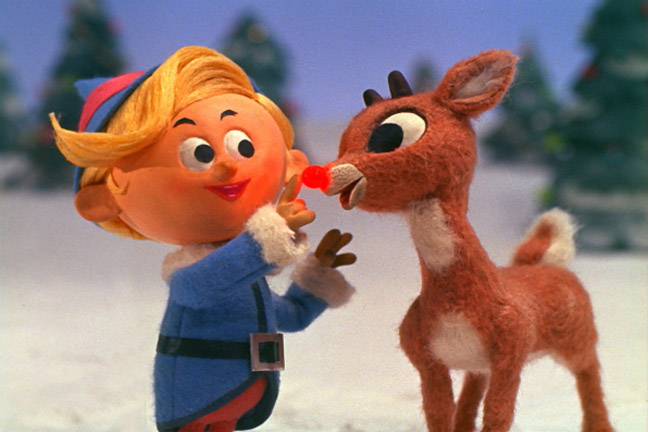 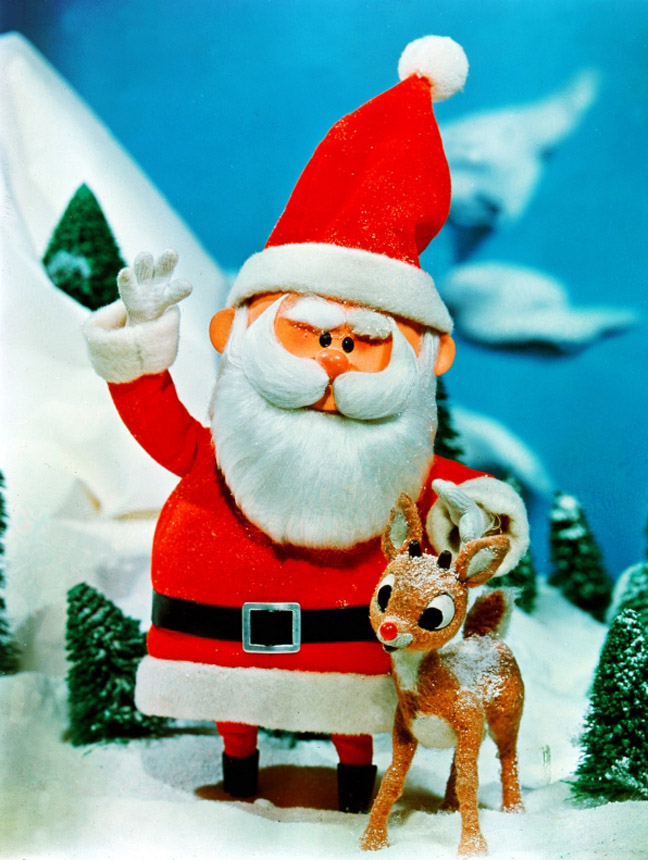 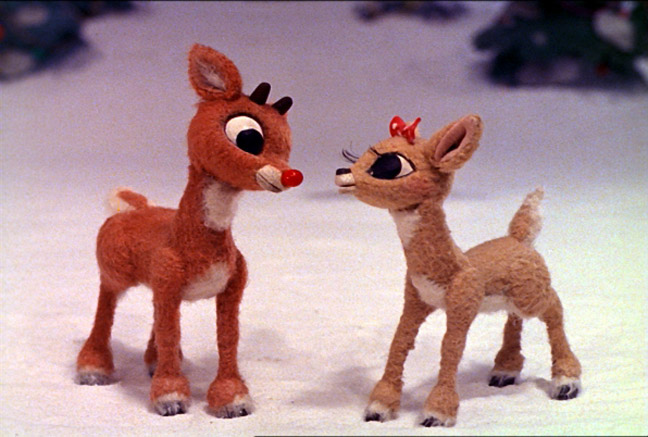 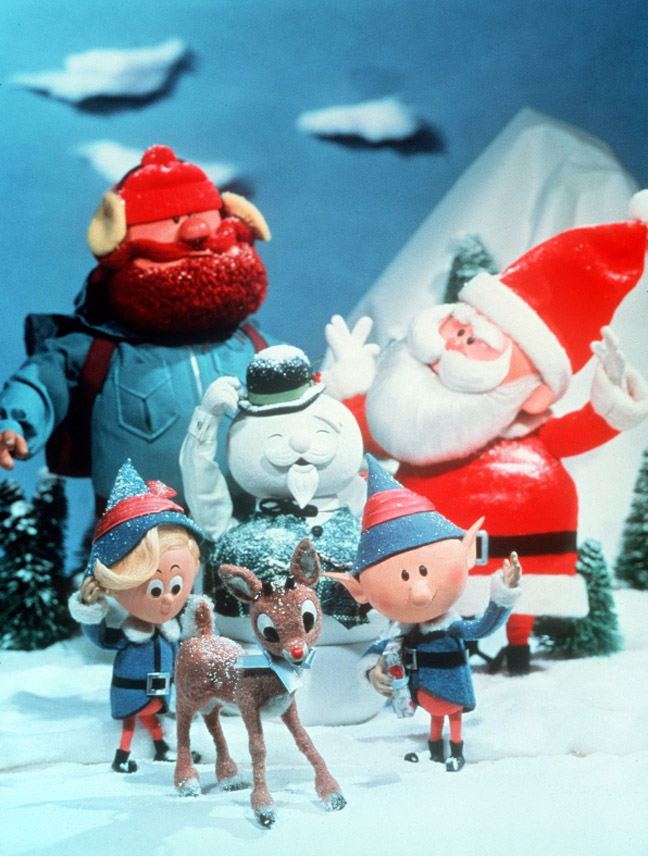 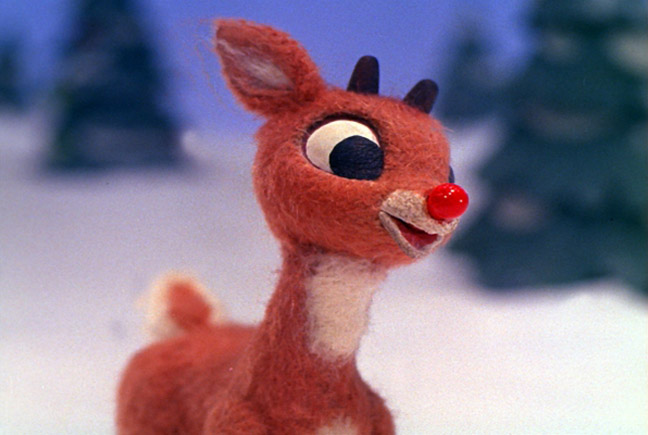 Previous post:
Like A Candle In The Head: Check Out Tim Burton’s Music Video For THE KILLERS Starring Winona Ryder Next Post:
Watch NOWNESS’ Beautiful Short Film “On The Edge Of Modernism” With Richard Meier & Massimo Vignelli