With all the nauseating hooplah surrounding the upcoming Royal Wedding I can’t help but be reminded of the one thing that infuriates me to no end about Canada: our connection to the monarchy.  Having said that, I do plan on watching the ceremony not only for its relevance to popular culture, but also to be there in case something tragically hilarious happens such as William tripping on his floppy feet and smashing his two front teeth out all over the floor of the Abbey.  Or perhaps Kate’s dress getting snagged on Victoria Beckham’s stiletto leaving her slowly unravelling herself with nothing left to wear by the time she gets to the sentencing area — I mean the altar.

In this whirlwind of coverage I can’t help but be reminded of the American Revolutionary War (1775-1781) which led to the Thomas Jefferson-penned Declaration of Independence.  Tom, if I had been alive back then I would have hopped on my horse and been down to Washington in break-neck speed to be by your side and had you swear me in as an American citizen in person.  You and your team united a country and fought off the good-for-nothing blue bloods so you could build your empire of freedom in peace and happiness.  Those lazy sacs o’ loyalist Canadians just couldn’t let go of momma’s tit and hung on for dear life.  I guess we turned out OK in the end, but we’ve still managed to hang onto that useless tit called the British monarchy for some outrageous reason (still chicken shits I guess).  I wish you were still alive Tom, because maybe you could talk some sense into these folks up here because nothing seems to be getting through.

Maybe if I post your Declaration of Independence it might get some ideas-a-flowin’ in the Great White North, especially considering there’s an election-a-comin’.  Too bad there’s not a party with an actual pair of balls to vote for though.  In the meantime, I would like to declare my admiration for you Tommy Boy.  One of my greatest inspirations. 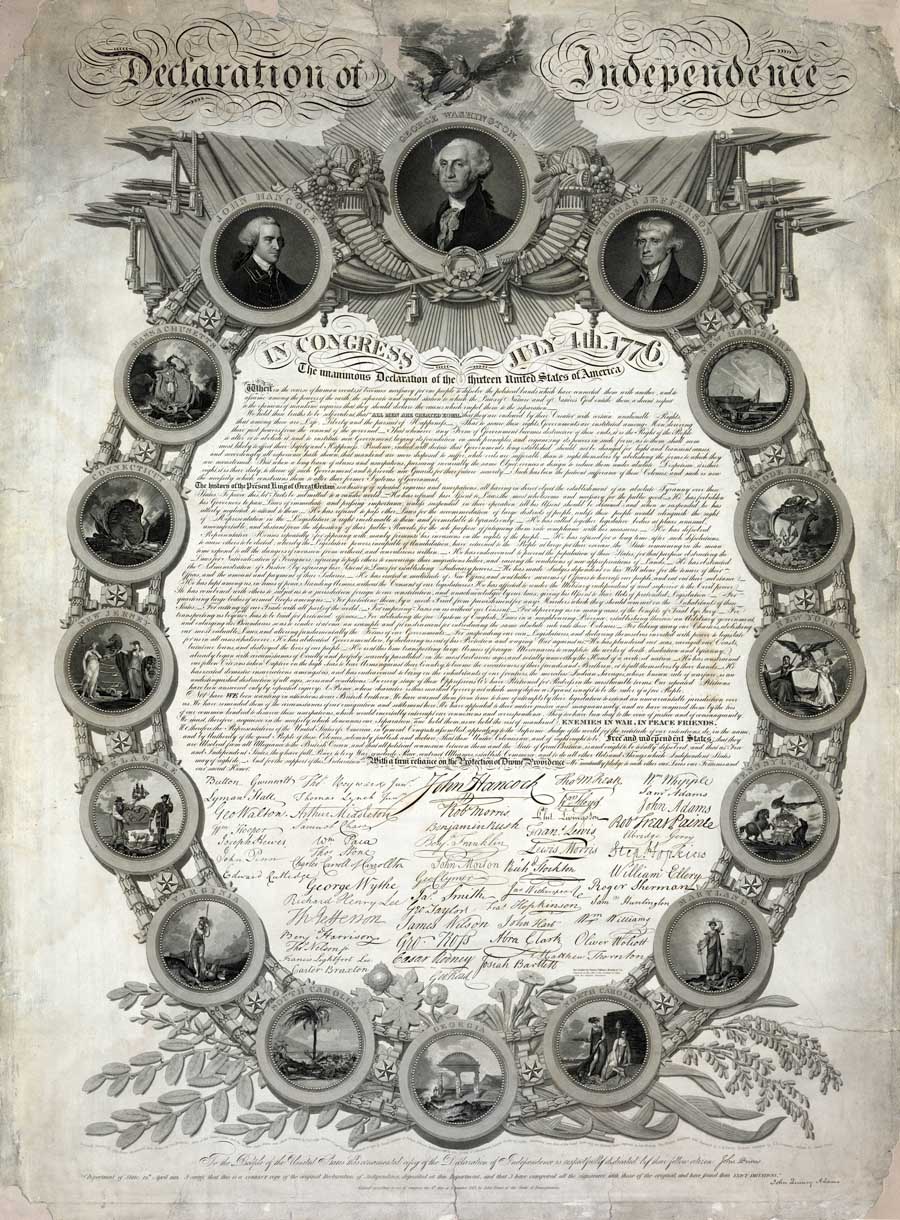 Previous post:
The Smartest Bowl In The World Next Post:
Historic Maison Des Centraliens Building In Paris Being Transformed Into New Hotel, Described As The Zone “Between Reality And Trompe-L’Oeil”