Multimedia artist Doug Aitken has issues with the standard conventions and constrictions of art.  In his own words, Aitken notes, “Things created within art or music or film or architecture, they’re often restrained by the system that surrounds them.”  In response to these limitations, Aitken has created one of the most intriguing art installations imaginable: a train filled with artists, musicians, chefs, and everyone in between — and it’s leaving its station in Washington, D.C. on September 6th — heading out across America for a 3-week journey until it reaches its final destination in Oakland, California.  The project is called Station To Station: A Nomadic Happening, and journalist Isabel Wilkinson caught up with Aitken to discuss the project’s origins and goals:

“It’s what he calls a ‘liquid art platform,’ a constantly moving and evolving venue with no set parameters for experiencing the art. It sounds abstract, but, put simply, it’s art on wheels.  On September 6 a train will depart Washington, D.C., and over a three-week span it will make its way to Oakland, California.  Filled with artists, musicians, chefs, and seemingly everyone in between, the circus of players will collaborate on site-specific performances at each of the nine stops along the way.  The shows will take place at the train stations and other locations, and a few will even happen on the train.  Other times, Aitken says, they’ll stop spontaneously and perform for anyone who might just happen to be present.

Aitken, 45, is a tall, blue-eyed Californian.  He greets me at the smooth wood gate of his Venice home, a modern house with light bleeding in from every direction through open windows.  It is, in true Aitken fashion, not just a house to be lived in but one to be experienced as well.  It’s a ‘sonic house,’ and as we enter, Aitken turns on a sound system rigged to his staircase.  Each step triggers a different musical note so that when you run up the stairs, the house reverberates like the pipes of a church organ.  Aitken’s signature wooden tables, which he has made himself, are equally acoustic: outfitted with xylophone sticks and a knife, one can actually play his dining-room table.

Much of how we experience culture today, Aitken says, goes like this: ‘There’s this vessel, and it’s going to be like this, and you’re going to get in the parking lot at 9:30, and afterwards you leave your paid parking spot and drive home.’  ‘Station to Station’, on the other hand, is ‘something that’s much more liberated.’  In the vein of the ‘happenings’ of the 1960s, Aitken hopes to stoke audiences into interacting with and participating in the project.  For all the painstaking planning and PR efforts that go into the project, there’s the terrifying — and thrilling — idea that everything could go extremely differently than planned.  But that’s exactly what a happening is all about.”

You can read the full story and interview by CLICKING HERE.  You can learn everything you need to know about Station To Station by visiting the amazingness that is StationToStation.com, and by following the journey on Facebook, Twitter, and Vimeo.  Some of the remarkable participants include: BECK, Ariel Pink, light artist James Turrell, Cat Power, Twin Shadow, Ed Ruscha, and many more.  You can see the full list of participants by CLICKING HERE.  To learn more about Doug Aitken be sure to visit his site at DougAitkenWorkshop.com. 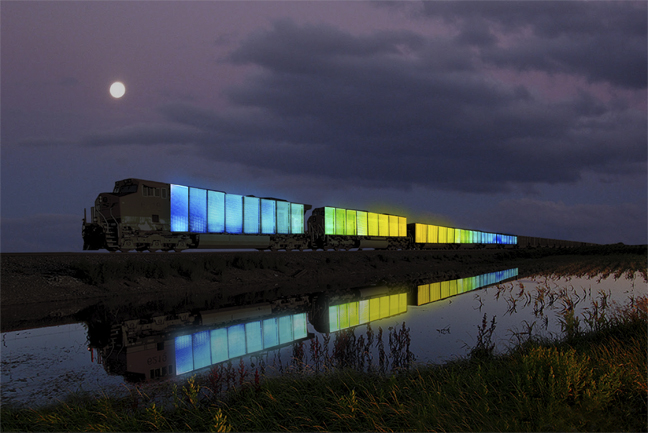 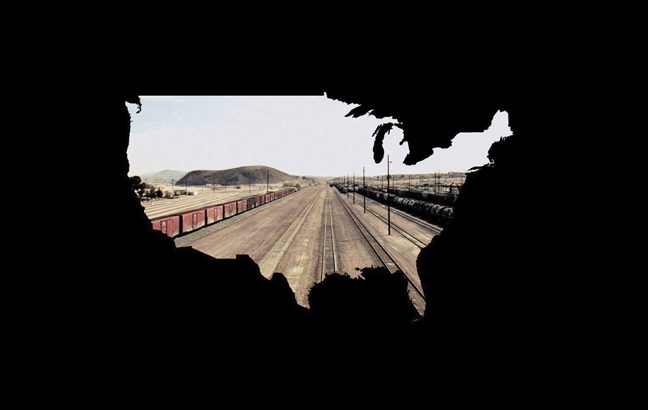 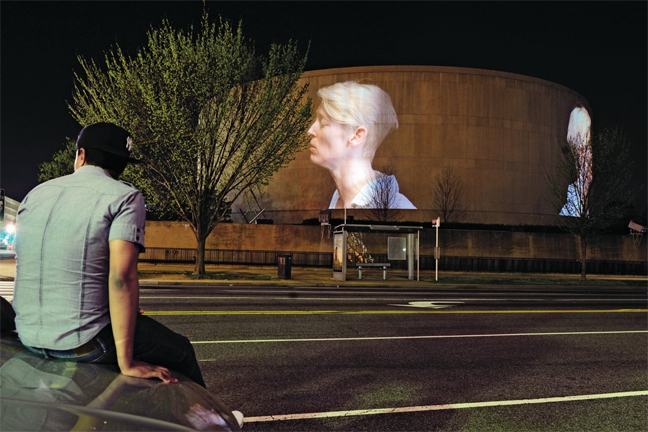