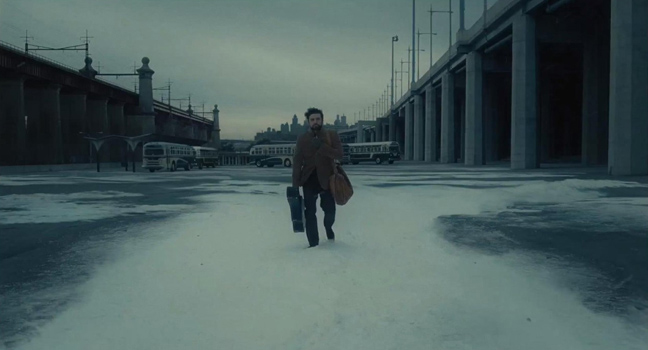 Banner Photo #142: The Coen Brothers Explain The Backstory Of What Inspired “Inside Llewyn Davis”

The trailers for the Coen Brothers’ highly anticipated new film Inside Llewyn Davis first began appearing online back in late January, and ever since then the buzz surrounding the pic hasn’t stopped building.  Set in 1960s Greenwich Village, the film follows folk singer Llewyn Davis as he struggles to bring America the music he’s hearing in his heart, but can’t seem to find a break anywhere.  As The Playlist notes, Inside Llewyn Davis is “Loosely based on the life of Dave van Ronk, an influential folk musician who inspired people like Bob Dylan, Phil Ochs, Ramblin’ Jack Elliott and Joni Mitchell, Oscar Isaac really steps it up as a man seemingly trying to find a place in the world for himself and his talent.  But it’s truly Carey Mulligan who surprises — we’ve simply never seen her in this kind of part, and she is almost reminiscent of a younger Frances McDormand in her delivery and presence.  And she perfectly handles the Coens’ always great dialogue.”  In a brand new feature interview with A.O. Scott of The New York Times, brothers Joel and Ethan Coen reveal exactly what it was that inspired the story, as well as a glimpse at their private working relationship and process.  The following is an excerpt:

NYTIMES: Can you talk about the genesis of ‘Inside Llewyn Davis’?

ETHAN COEN: We were in the office and Joel said, “O.K., suppose Dave Van Ronk gets beat up outside of Gerde’s Folk City. That’s the beginning of a movie.”

JOEL COEN: It was an idea we kept coming back to. We were thinking 1961 is interesting, because it’s the scene that Dylan came into, not the one he created or transformed, because people know more about that. Dylan once said something — and I’m paraphrasing him — “Really, all I wanted is to be as big as Dave Van Ronk.” That’s how limited that scene was, in terms of the people in the broader culture.

ETHAN COEN: Oh, the one disclaimer I should’ve made when we talked about the genesis of the movie: We did start thinking about Dave Van Ronk, and in fact read his memoir, which is kind of great, ‘The Mayor of Macdougal Street.’ But the movie’s not about Dave Van Ronk, although Oscar, the character, has his kind of repertoire. It’s his music. It’s a fictional character we gave his music to.

NYTIMES: Can we talk a little bit about how you write? Are you locked in a room together?

JOEL COEN: It’s always been the same. We don’t split it up. You know: “You write this scene. You write that.” There’s a lot of just sitting around talking ideas before we start writing anything. So there’s kind of a long period of that, and then we generally start at the beginning and just kind of start hammering the scenes out. We don’t outline stuff or any of that, although there are some movies where we kind of have a pretty good idea of the shape of it. Or we even know how it’s going to end when we start, and then others where we just have no idea whatsoever, and it goes where it goes. They don’t all –“

ETHAN COEN: This one actually —

JOEL COEN: Don’t get finished. They get put aside for a while, you know.

ETHAN COEN: The rule is: It goes where it goes, although in the case of this one, we kind of knew either at the beginning or near the very beginning, that it was going to circle back.

You can read the interview in full by visiting NewYorkTimes.com.  The Coen Brothers’ Inside Llewyn Davis is set to open in North America on December 20. 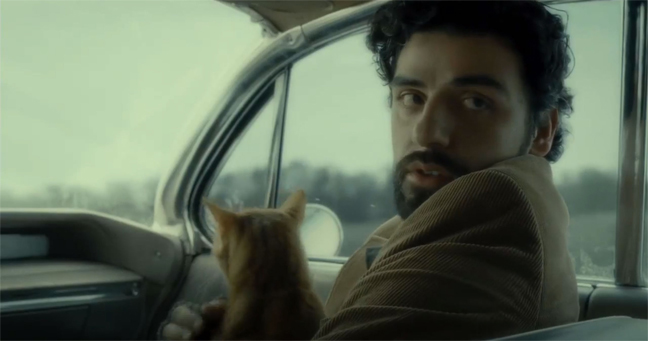 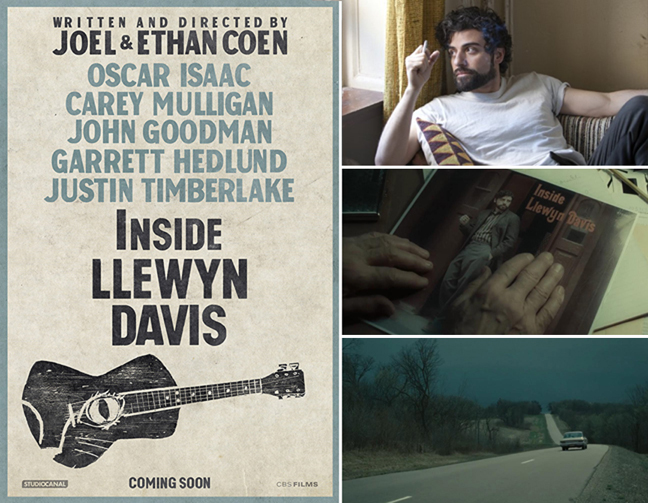 Previous post:
Charlie Rose Sits Down With Director Shane Salermo, The Man Behind The Mindblowing Doc “SALINGER” Next Post:
Listen To KAUF’s Brilliant Mixtape For Yatzer & Check Out His New EP’s First Video For “Relocate”