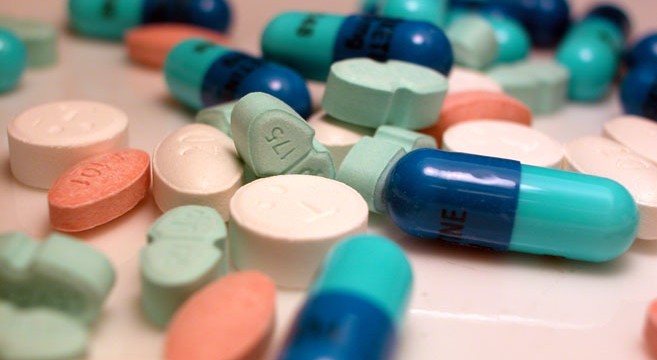 90% Of Prescriptions Exposed As A Scam, Massive Corruption Uncovered Between Doctors & Big Pharma

A massive corruption ring of unprecedented proportions has been uncovered between doctors and the pharmaceutical industry.  The Senate Finance Committee has discovered a massive network of collusion between countless doctors across America and around the world being paid billions of dollars in bribes by pharmaceutical giants to write prescriptions for drugs which are illegal under FDA guidelines.  The tip of the iceberg began to emerge when it was learned that some doctors have been diagnosing children as young as two-years-old with bipolar disorder and treating them with a cocktail of powerful drugs which are illegal under federal law to prescribe to anyone under the age of 10.

The SFC has exposed the enormous “prescription corruption” ring in nearly every branch of medicine, from psychiatry to cardiology, and beyond.  Doctors are paid hundreds of thousands, often millions of dollars each, by the pharmaceutical giants in the form of cash, paid “speaking engagements”, lavish gifts, trips, and much more — all in exchange for a vast bounty of kickbacks in the form of prescriptions which add billions of dollars to the bottom lines of the big pharma corporations each year, as well as significant stock price increases.

Marcia Angell of The New York Review of Books writes: “In addition, drug companies subsidize most meetings of professional organizations and most of the continuing medical education needed by doctors to maintain their state licenses.  No one knows the total amount provided by drug companies to physicians, but I estimate from the annual reports of the top nine US drug companies that it comes to tens of billions of dollars a year. By such means, the pharmaceutical industry has gained enormous control over how doctors evaluate and use its own products. Its extensive ties to physicians, particularly senior faculty at prestigious medical schools, affect the results of research, the way medicine is practiced, and even the definition of what constitutes a disease.”

“Because drug companies insist as a condition of providing funding that they be intimately involved in all aspects of the research they sponsor, they can easily introduce bias in order to make their drugs look better and safer than they are. Before the 1980s, they generally gave faculty investigators total responsibility for the conduct of the work, but now company employees or their agents often design the studies, perform the analysis, write the papers, and decide whether and in what form to publish the results. Sometimes the medical faculty who serve as investigators are little more than hired hands, supplying patients and collecting data according to instructions from the company.”

“In view of this control and the conflicts of interest that permeate the enterprise, it is not surprising that industry-sponsored trials published in medical journals consistently favor sponsors’ drugs—largely because negative results are not published, positive results are repeatedly published in slightly different forms, and a positive spin is put on even negative results. A review of seventy-four clinical trials of antidepressants, for example, found that thirty-seven of thirty-eight positive studies were published.* But of the thirty-six negative studies, thirty-three were either not published or published in a form that conveyed a positive outcome. It is not unusual for a published paper to shift the focus from the drug’s intended effect to a secondary effect that seems more favorable.”

In her book Side Effects: A Prosecutor, a Whistleblower, and a Bestselling Antidepressant on Trial, Alison Bass discovered that GlaxoSmithKline concealed evidence that its bestselling drug, Paxil, was both ineffective and potentially devasting if taken by children and adolescents.  GlaxoSmithKline was eventually charged with fraud for promoting the fake drug.  Recently, thanks to the Freedom of Information Act, four researchers were given access to FDA reviews of every placebo-controlled clinical trial for the top 6 antidepressant drugs between the years 1987-1999.  Prozac, Paxil, Zoloft, Celexa, Serzone, and Effexor were all found to be almost exactly as effective as the placebo.  “The difference between drug and placebo was so small that it was unlikely to be of any clinical significance. The results were much the same for all six drugs: all were equally ineffective. But because favorable results were published and unfavorable results buried (in this case, within the FDA), the public and the medical profession believed these drugs were potent antidepressants.”

The Senate investigation also discovered that cholesterol-lowering drugs are also a massive fraud.  “In 2004, after the National Cholesterol Education Program called for sharply lowering the desired levels of ‘bad’ cholesterol, it was revealed that eight of nine members of the panel writing the recommendations had financial ties to the makers of cholesterol-lowering drugs.*  Of the 170 contributors to the most recent edition of the American Psychiatric Association’s Diagnostic and Statistical Manual of Mental Disorders(DSM), ninety-five had financial ties to drug companies, including all of the contributors to the sections on mood disorders and schizophrenia.*  Perhaps most important, many members of the standing committees of experts that advise the FDA on drug approvals also have financial ties to the pharmaceutical industry.”

The investigation also discovered how pharmaceutical corporations have engaged in the creation of fictitious diseases in order to profit from what are known as “blockbuster drugs” (drugs with annual revenues exceeding $1 billion).  “We are now in the midst of an apparent epidemic of bipolar disease in children (which seems to be replacing attention-deficit hyperactivity disorder as the most publicized condition in childhood), with a forty-fold increase in the diagnosis between 1994 and 2003.*   These children are often treated with multiple drugs off-label, many of which, whatever their other properties, are sedating, and nearly all of which have potentially serious side effects.”

As the population grows increasingly aware of the fraud and corruption of the pharmaceutical and prescription industries, a greater appreciation and understanding is being accorded to healthy diets as a natural treatment for all diseases.  One of the most extraordinary organizations at the forefront of exposing the fraud of big pharma, and the benefits of healthy eating is the team at FOOD MATTERS who explain: “Medicine is not healthcare — food is healthcare.  Medicine is sickcare.  Let’s all get this straight, for a change.”  In explaining the toxic state of corruption and fraud in modern medicine, Dr. Andrew Saul perhaps explained it best when he said: “Good health makes a lot of sense, but it doesn’t make a lot of dollars.”

To learn more about the unprecedented level of fraud within the pharmaceutical industry you can read “Is Big Pharma Addicted To Fraud?” by visiting Forbes.com.  You can also read a vast number of articles related to big pharma fraud at NaturalNews.com, and be sure to read these stories from CBS NEWS, PharmaFraud News, as well as the Federal Bureau of Investigation.