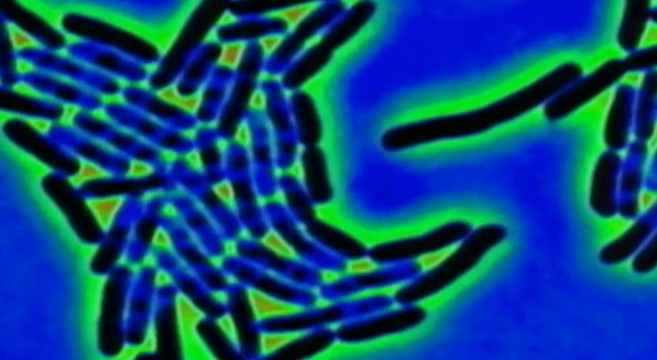 FRONTLINE Doc “Hunting The Nightmare Bacteria” Will Scare You Shitless

We’ve known for quite some time now about the emergence of “super bugs” — microorganisms (usually a bacterial species) which are able to survive after exposure to one or more antibiotics, with some of these pathogens becoming resistant to all antibiotics, a term known as multidrug resistant (MDR).  Yesterday my friend David sent me a link to a new FRONTLINE documentary on the subject, entitled Hunting The Nightmare Bacteria, and after watching it last night I could barely sleep a wink.  “No worries,” you might think to yourself, “there will always be more antibiotics coming down the pipeline, right?”  Wrong.  That pipeline is effectively shut down because pharmaceutical companies answer to shareholders who demand profits — and there are no profits to be made in the research and development of new antibiotics.  Why spend a billion dollars developing a drug that people almost never have to take, when you could invest your time and money in creating drugs that people need to take for the rest of their lives (i.e. cholesterol, antidepressants, cancer drugs, etc.).  As cringeworthy and difficult as the documentary is to watch, it is absolutely riveting and fundamentally important.  At one point the Associate Director of the Centers for Disease Control and Prevention in Atlanta remarks: “There have been covers of magazines about The End of Antibiotics — question mark?  I would say you can change the title to The End of Antibiotics — period.”   In essence, we are witnessing the end of modern medicine as we know it.  Soon hospitals will be abandoned (as America’s most prestigious hospital nearly was, as you will see in the film), and countless people around the world will begin to die from these super bugs.

Previous post:
Watch & Listen To Kurt Cobain Explain Why He Thought He Was Gay In High School Next Post:
SYMMETRY Go On “The Hunt” & WHITE POPPY Is Having “Dreams Of Ireland”