Two University of Chicago law professors are getting some major attention this week for their brilliant case for how the U.S. federal government needs to regulate new financial products the same way it tests new drugs for safety with the Federal Drug Administration.  The safety tests would have prevented the sophisticated derivatives bubble that nearly brought the entire global economy to a fiery crash and subsequent Great Depression.  It’s these derivatives and credit default swaps, they assert, that “facilitate gambling and regulatory arbitrage, both of which are socially wasteful activities.”  In summary, authors Eric Posner and E. Glen Weyl are arguing for a return to the overseeing structure that was present in the 1990s when these kinds of exchanges, and the majority of the financial world, was far more closely regulated.  The article’s titled pretty much says it all: “A Proposal for Limiting Speculation on Derivatives: An FDA for Financial Innovation.”

“We propose that when investors invent new financial products, they be forbidden to market them until they receive approval from a government agency designed along the lines of the FDA, which screens pharmaceutical innovations,” the pair writes. “The agency would approve financial products if and only if they satisfy a test for social utility. The test centers around a simple market analysis: is the product likely to be used more often for hedging or speculation?”

As The Atlantic reports: “The professors open by arguing that financial products are ‘socially beneficial’ when they help us insure or hedge against risk. When they’re used for speculation and regulatory arbitrage, they’re ‘socially detrimental.’ That’s because the ‘difference between hedging and speculation is that hedging enables people to reduce the risk they face whereas speculation increases it.'”  You can read the entire article by visiting The Atlantic, and you can read Posner & Weyl’s proposal in full by CLICKING HERE. 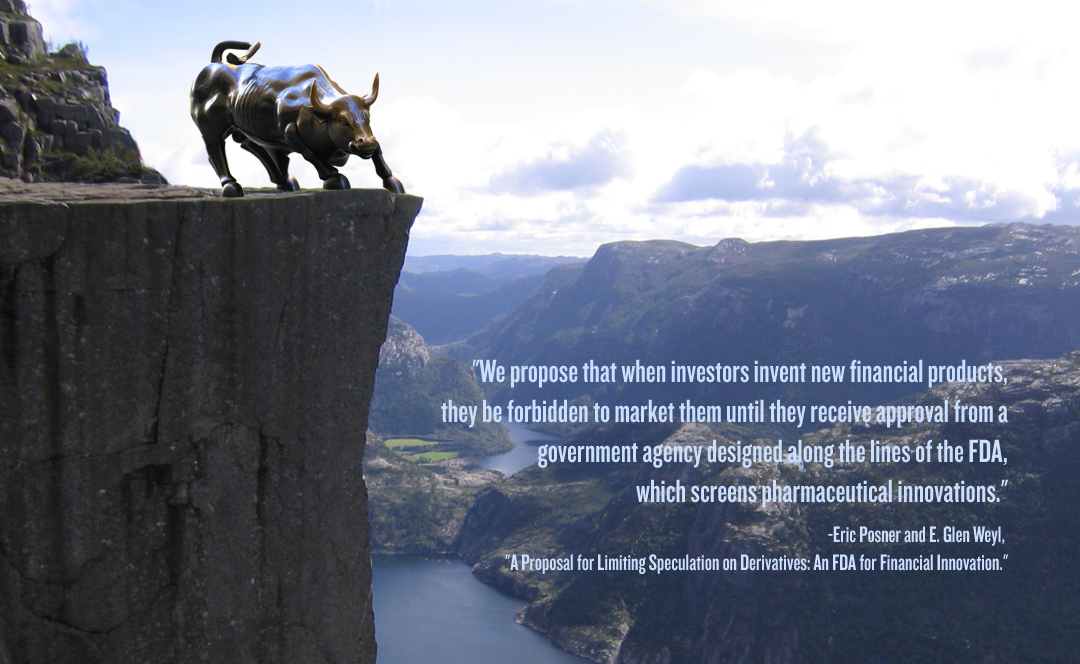