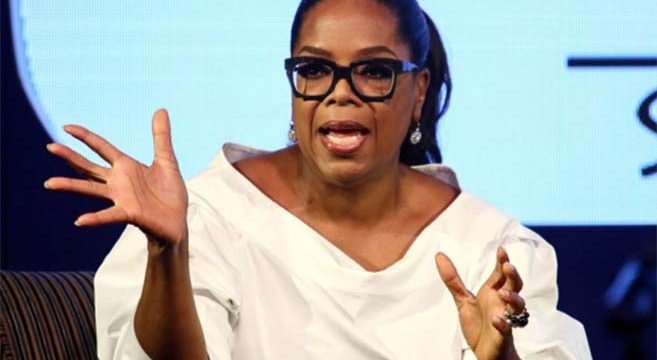 Tomorrow night marks the beginning of 60 Minutes‘ 50th anniversary, and it also marks the debut of Oprah Winfrey as the newsmagazine’s newest special correspondent. In this case, ‘special’ is an understatement, considering Winfrey’s preeminence not only as America’s most admired broadcast journalist, but also as the country’s Healer/Therapist-in-Chief. Oprah’s first report with the legacy program is entitled Divided America, and will focus on the chasm that ripped open between the left and right in the wake of the toxic 2016 election. If there’s anyone who has the best shot at healing the divide, it’s most certainly Oprah Winfrey. Parts of the report and interviews were filmed in Grand Rapids, Michigan, in August. (Photo credit: SUNDAY TIMES/MOELETSI MABE/REX/SHUTTERSTOCK)

SEE ALSO: Oprah Winfrey Champions The One Powerful Book That Saved Her Relationship With Stedman
.

It’s official. Got my CBS id card today. First story on the air this Sunday.#60minutes

Previous post:
The Law Of Lotus Mud: Why Those Who Suffer The Most Are Most Likely To Reach Enlightenment Next Post:
In Amazing 5-Minute Interview Ridley Scott Dissects His Favorite Scene From ‘Blade Runner’