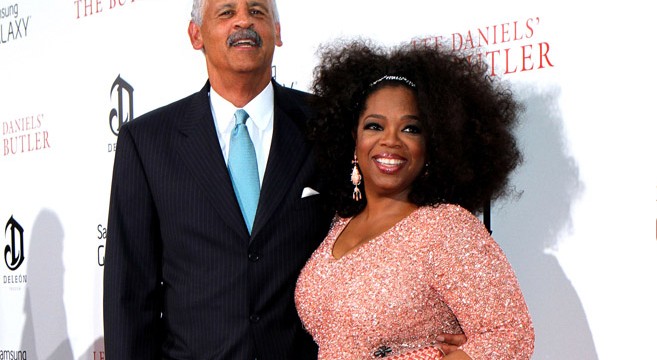 In yesterday’s repeat episode of Super Soul Sunday, Oprah Winfrey sat down with Alanis Morisette to discuss the singer’s life experience and journey into motherhood.  I’m not a huge Alanis fan, so was only half paying attention for most of it.  But then a moment came when the pair began discussing the books that each of them found to be the most helpful in their respective relationships.  With full praise, Oprah explained how Harville Hendrix’s Getting The Love You Want was the single most powerful tool which helped her to evolve her relationship with Stedman Graham and bring it to a much higher level.  “I would not still be in a relationship with Stedman had I not read that book.  It’s the best relationship book EVER.  It explains everything.”  (NOTE: the Alanis episode originally aired on September 21, 2014, and full episodes of Super Soul Sunday only last for two weeks on Oprah.com, after which the episode is broken up into online clips.  If you want to find the clip where they discuss the book you can CLICK HERE).  You can grab your own copy of Getting The Love You Want on Amazon.

Harville Hendrix appeared years ago on the Oprah show where he described his technique which helps couples get to the core of the pain and conflict in their relationship.  He calls the process “Imago Relationship Therapy”, and it can help you understand the hidden reason why you chose your partner, and how to heal your relationship.  “The Theory Behind Imago:  Your ‘imago’ which is a latin term for ‘image’ is essentially a composite picture of the people who most influenced you at an early age. Dr. Hendrix believes that you unconsciously choose a partner, an ‘imago match,’ who has positive and negative traits similar to your parents. You believe that this partner can help you heal unresolved pain from childhood.”

“What is Imago Relationship Therapy: Imago Relationship Therapy is a form of couple counseling that suggests that your marriage is therapy — you become healed not by a counselor but by the relationship itself. Unresolved childhood pain such as abandonment, rejection, smothering, shame and helplessness often resurface in your marriage, which is the core of what is causing the pain and conflict in your relationship. The partner you chose, your ‘imago match,’ is often the best person to help you heal because he or she is similar to your childhood caretakers in emotionally significant ways.”  For more from Harville Hendrix Ph.D. you can visit HarvilleHendrix.com.

Oprah’s next project to hit the big screen is SELMA, which she stars in, and co-produced with Brad Pitt.  You can watch the trailer below, and see it in theatres beginning on Christmas Day.  For added interest I’ve also attached an interview between Stedman Graham and Charlie Rose below.  (Photo courtesy of Splash News).

SEE ALSO: The Calculus Of Love: Watch How The Fermi Paradox Proves You Have 831 Soulmates Out There Waiting
SEE ALSO: Watch This “CBS This Morning” Report On The Surprising Secrets Of “Happy Couples” & The New Normal
SEE ALSO: How To Get Your Love In Orbit: Philosopher Judith Butler’s Brilliant Essay On Love & The Doubting Mind
SEE ALSO: Groundbreaking Research Discovers The “Love” Molecule: The Source Of Morality, Monogamy & Connection
SEE ALSO: @NotTildaSwinton Explodes During Eclipse: Hailed As Twitter’s Greatest Celebrity Parody Account Ever

FAST FORWARD TO THE 40:00 MARK FOR THE BEGINNING OF CHARLE ROSE’S INTERVIEW WITH STEDMAN.

Previous post:
Billionaire With Balls: “60 Minutes” Profiles The Tony Stark Of Cancer Who Is Close To A Cure Next Post:
The Stunning “Dune Villa” Residence In The Netherlands Will Leave You Thirsty For More