Yesterday Radiohead offered up two bones to their ravenous fans — a brand new P.T. Anderson-directed music video for their stunning, goosebump-filled single “Daydreaming”, along with an official release date for their highly anticipated album. Get this: the album’s coming out — not next year, not next season, not next month — but tomorrow. The offerings come mere days after the band released the album’s debut track and video for “Burn The Witch” — a brilliantly directed stop-motion animation helmed by filmmaker Chris Hopewell. In an interview with Billboard, a member of the video’s creative crew elaborated on the meaning and message of the debut video. Collin Brennan of Consequence of Sound writes: “The band wanted the video to raise awareness about Europe’s refugee crisis and the ‘blaming of different people … the blaming of Muslims and the negativity” currently engulfing European politics. She brought up the cryptic postcard that some Radiohead fans recently received in the mail, which read, ‘We know where you live.’ Aside from being downright terrifying, she opined that the band was trying to recreate the climate of fear that politicians have encouraged in response to Muslim immigrants.” For a full list of Radiohead’s summer tour dates CLICK HERE or enter the mothership at Radiohead.com. (UPDATE: The residence appears to be sold)
. 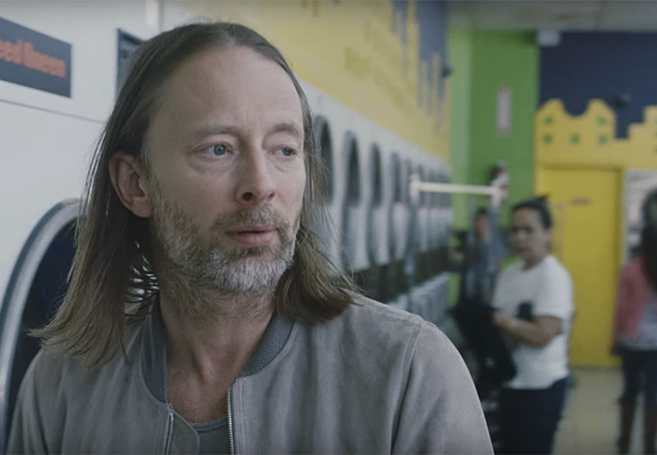