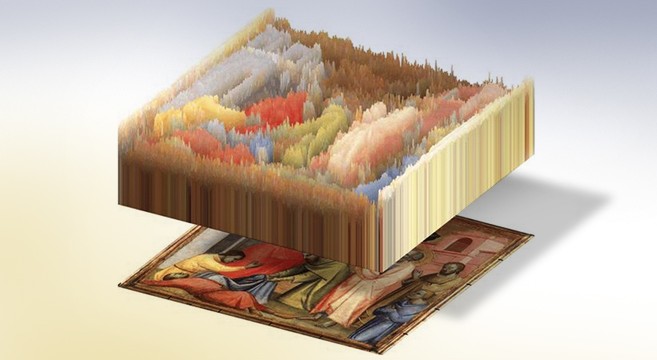 A trio of physicists recently made a fascinating discovery thanks to a massive project aimed at quantifying changes in the use of color and contrast throughout the history of Western art. The Daily Mail writes: “It suggests that even great masters, who led many of the great art movements in Europe, were slaves to the fashions of the time. However, while most art seems to have evolved since the Renaissance to use increasing levels of vibrancy and complex colour use, Jackson Pollock‘s modern abstract expressionist paintings are more like Medieval art — at least as far as the way they reflect light. The researchers say that while Mr Pollock deliberately chose a limited palette for his drip paintings, Medieval artists were simply constrained by the materials available to them.” You can read more about the discovery by visiting PNAS.org and Nature.com. The painting below is Taddeo Gaddi‘s St John the Evangelist Drinking from the Poisoned Cup painted between 1348 and 1353, and measuring 33cm (13″) tall x 36cm (14.2″) wide. (Images courtesy of Daniel Kim/Nature, AP/LIFE, Wikimedia) 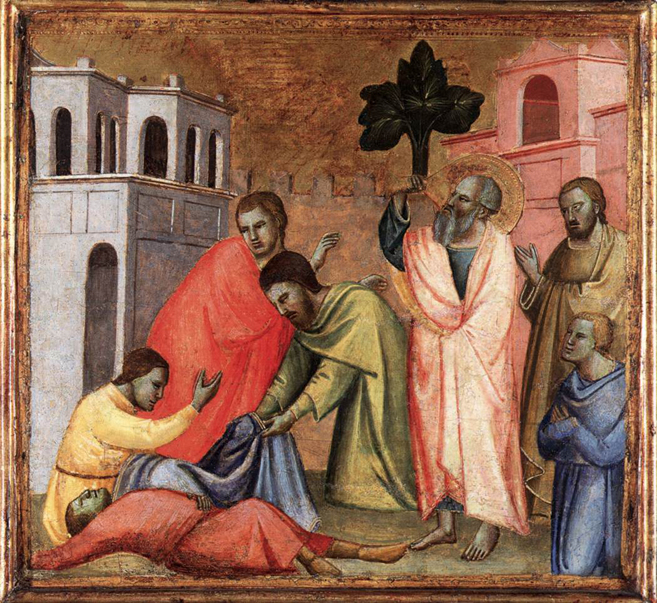 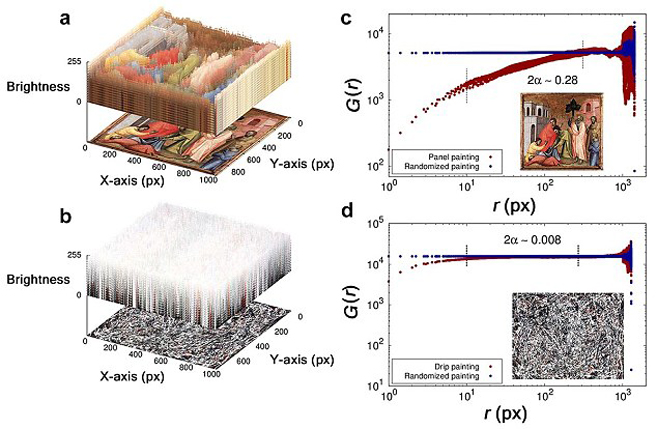 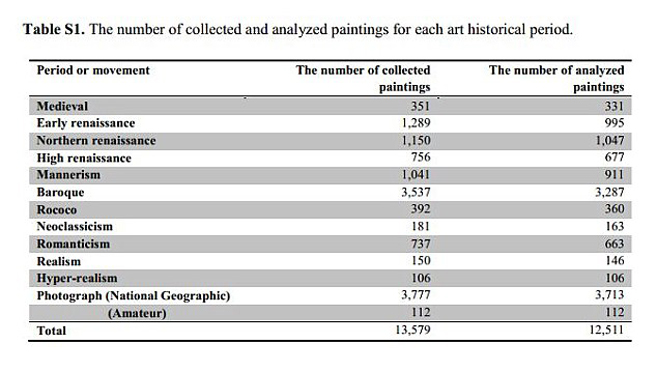 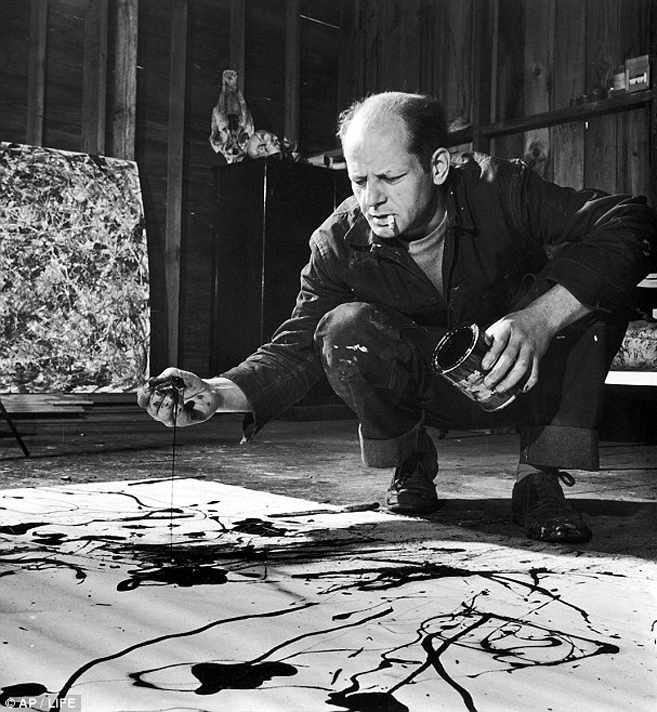 Previous post:
Renowned Bishop: Marriage Was Never A Christian Institution & The Bible Is Cool With Gay Marriage Next Post:
Watch The Fascinating True Story Of How History’s Most Iconic Hymn “Amazing Grace” Was Born In 1773