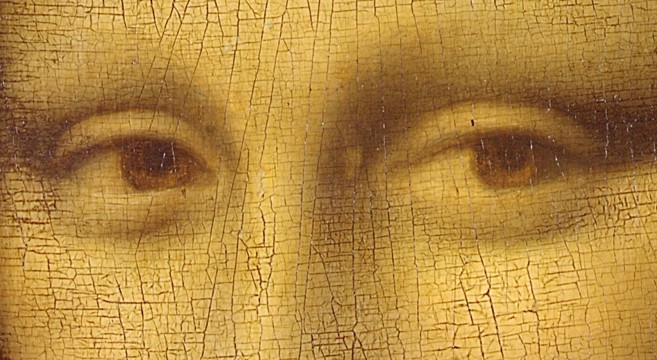 Leonardo da Vinci remains the single most powerfully creative and historically influential figure in human history.  Now 600 years later, a posthumous study of his neuroanatomy is unlocking the secrets of how his astonishing brain was able to function at such a superhuman level. In a remarkable book, Leonardo’s Brain: Understanding Da Vinci’s Creative Genius, author Leonard Shlain embarks on an astounding investigation into da Vinci’s brain.  Slain reveals how the “undereducated, left-handed, nearly ambidextrous, vegetarian, pacifist, gay, singularly creative Renaissance male” was able to “attain a different state of consciousness than practically all other humans.”

MRI research by Sandra Witelson found the anterior commissure, the largest of the corpus callosum’s anatomically distinct “component cables,” is 15% larger in gay men than in straight men.  On top of this, da Vinci had an exceptionally larger collection of corpus callosum fibers connecting both sides of his brain, evidenced by his deeply-rooted use of metaphors embedded throughout his life’s work.  Shlain writes: “His ESSP-ness put him somewhere between the masculine and the feminine. His left-handedness, ambidexterity, and mirror writing were indications of a nondominant brain. His adherence to vegetarianism at a time when most everyone was eating meat suggests a holistic view of the world. The equality between his right and left hemispheres contributed to his achievements in art and science, unparalleled by any other individual in history. His unique brain wiring also allowed him the opportunity to experience the world from the vantage point of a higher dimension. The inexplicable wizardry present in both his art and his science can be pondered only by stepping back and asking: Did he have mental faculties that differed merely in degree, or did he experience a form of cognition qualitatively different from the rest of us? I propose that many of Leonardo’s successes (and failures) were the result of his gaining access to a higher consciousness.”

You can read much more by visiting BrainPickings.org and by purchasing your own copy of Leonardo’s Brain: Understanding Da Vinci’s Creative Genius on Amazon.  For more amazing stories about Leonardo da Vinci, be sure to visit Leonardo da Vinci on FEELguide.

Previous post:
Watch “The Atlantic” Editor Explain The Science Of Why Happiness Increases Exponentially After 50 Next Post:
You Can Stream FRYARS’ Brand New Album “Power” In Full Right Here