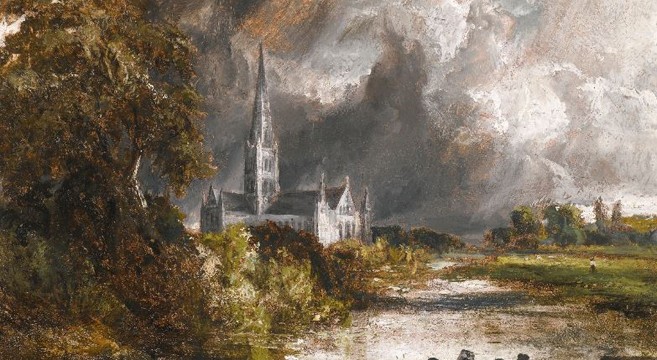 Imagine buying a painting for a bargain price then discovering later on that it’s worth 981-times more than what you paid. That’s exactly what happened to one man who, back in 2013, purchased what Christie’s auction house in London had thought was just a run-of-the-mill landscape painting — he paid $5,300. In the months ahead, the man increasingly began to suspect that the painting was actually a John Constable original. After consulting with experts at Sotheby’s, the analysts discovered a layer of paint behind what was visible to the naked eye. Upon his consent the experts carefully removed the top coat and found the original Constable beneath, entitled Salisbury Cathedral from the Meadows (1831). The painting sold last week at a Sotheby’s auction for $5.2 million.