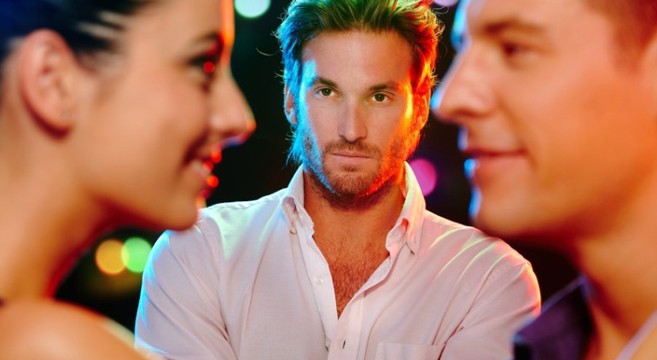 Enormous Study On Jealousy Uncovers The Impact Of Sexual vs. Emotional Infidelity For Men & Women

Jealousy is one of those emotions that everyone experiences from time to time, but when it’s experienced as a result of a cheating husband/wife/partner it’s in a realm and magnitude entirely of its own.  Humans have experienced jealousy since the dawn of time, so what are the evolutionary advantages and disadvantages of having a brain that comes pre-wired with an emotion such as this?  And when it comes to sexual vs. emotional infidelity, how do men and women differ and compare when it comes to emotional responses?  Researchers at Chapman University have answered these and many other questions in the largest study on infidelity ever conducted.  64,000 Americans aged 18-65 years (with an average age of late-30s) participated in the study — the first large-scale examination of gender and sexual orientation differences in response to sexual vs. emotional infidelity — and the results are endlessly fascinating.

One of the most fascinating discoveries is that heterosexual men are far more likely to be traumatized by sexual infidelity than heterosexual women (54% men upset vs. 35% women upset).  On the other hand, heterosexual women are more likely to be upset by emotional infidelity (46% men upset vs. 65% women upset).  The 65,000 participants were analyzed for emotional responses to the following imaginary scenarios: 1) your partner is having sex with someone else (but not falling in love), and 2) your partner is not having sex with this person (but they are falling in love).  Bisexual men and women did not differ significantly. Gay men and lesbian women also did not differ.

“Heterosexual men really stand out from all other groups: they were the only ones who were much more likely to be most upset by sexual infidelity rather than emotional infidelity,” says David Frederick, Ph.D., the lead author of the study.  Frederick adds: “The attitudes of gay, lesbian, and bisexual men and women have been historically understudied and under theorized in psychology, particularly in regards to tests of evolutionary perspectives.”  Sexual and emotional infidelity can lead to a wide range of psychological and physiological issues such as physical and emotional pain, jealousy, abandonment issues and trauma, possible violent behavior between the couple, depression, anxiety, financial problems, and more.  “The responses of men and women to the threat of infidelity range from intense pangs of jealousy to elaborate displays of attention to woo their partner back. Jealousy can also trigger harmful and violent behavior, so it is important to understand what are the most potent triggers of jealousy,” said Dr. Frederick.

From an evolutionary context, the study also highlights a serious problem encountered by men but not women — parental uncertainty.  It makes perfect sense that men would be far more upset over a woman’s sexual infidelity because her sexual promiscuity casts a traumatic shadow of doubt over who the real father is.  Women, however, never have to worry about this.  Also from an evolutionary perspective, women exhibit heightened responses to emotional infidelity because it can lead to a potential loss of resources and commitment, resulting in a possible threat to survival.

As with many species, an insult to a man’s sexual prowess also comes into play.  Humans are social animals and men are programmed to socialize as masculine, and if his partner is committing sexual infidelity it will throw his masculinity into serious question, thereby sparking an intense negative reaction, and from his point of view — the end of the world.  By contrast, women are the psychological and relational glue of a family, so evolution has shaped the female brain to react more strongly to emotional infidelity.

Similar studies in the past have been far too small-scale to come to any decisive conclusions as to whether men and women differ in sexual and emotional infidelity, which is why findings from a study this enormous are taken far more seriously.  Adding to the study’s significance is that the results remained consistent across a wide range of spectrums such as age, income, cheating history, history of being unfaithful, type of relationship, length of relationship, and whether there were any children in the relationship.  An interesting footnote is that younger participants in the study were much more upset by sexual infidelity than the older participants.

Global research has found that infidelity is the #1 cause of marital dissolution.  Meta analysis of 50 studies has also found that 34% of men and 24% of women have engaged in extramarital sexual activity, and these rates are even higher in dating relationships.  For a decisive analysis of whether monogamy is a natural state in human you can read more here: “Is Monogamy A Natural State For Humans? We Finally Have A Scientific & Anthropological Answer“.  (Photo credit © nyul / Fotolia, Source: Science Daily).

SEE ALSO: Is Monogamy Obsolete?
SEE ALSO: The Orgasm Nutrient: The Science Of What 3 Orgasms Per Week Will Do To Your Body & Life
SEE ALSO: Groundbreaking Research Discovers The “Love” Molecule: The Source Of Morality, Monogamy & Connection
SEE ALSO: REDBOOK Looks At The Emotional Reason Why Married Men And Women Turn To Cheaters’ Website AshleyMadison.com