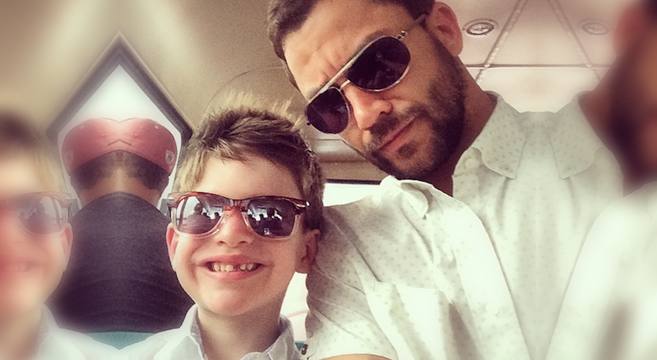 Meet Frank Lowe, The Hunky & Hilarious “Gay At Home Dad” Who Is Taking Twitter By Storm

There are approximately 2 million stay-at-home dads across America as of right now, and that number is getting bigger by the day.  Helping to rid us of the ridiculous 1950s notion that parenting should be a full-time job for a mom, and a part-time job for a dad, these fathers are exemplifying the very best of what it means to be a true man in the modern world.  Take, for instance, Frank Lowe, who is married to his long-time partner of 16 years, and embracing the role of stay-at-home dad to his 5-year-old son at their home in Stepford, Connecticut (and yes, he jokingly refers to himself as a “Stepford Gay” — living in rural Connecticut which he affectionately describes as “charming yet boring as hell.”)  His full name is Francesco J. Lowe, but his 81,000 Twitter followers know him best as @GayAtHomeDad — quite possibly the funniest stay-at-home dad on social media. In February 2014 The Advocate brought him onto their team as their go-to expert with info, tips, and funny stories about being a gay parent.

In his debut introductory column, Frank explains why he started tweeting: “I started tweeting in June 2012 and am elated by the success I’ve had, especially considering that I simply make fun of everything. In the beginning, I was very self-deprecating for a specific reason; I wanted to personify the stereotype of a gay dad. Tweets such as ‘When my kid scrapes his knee, he gets a Prada Band-aid,’ and ‘I’m not about to use that shitty tears-free shampoo on my son’s gorgeous hair — he can cry,’ were the norm. I did that to mock the haters that actually believed those things were true. It was very deep. Then I got scared that people were taking me seriously. I broadened my scope and started roasting any and everybody in pop culture. That was a hit — I had found my niche. I used to be a bitchy gay guy, now I’m a bitchy gay dad. Now I’m expanding into writing, which is something I’ve always wanted to do. The Advocate approached me about heading up the parenting section, and I couldn’t be more thrilled. I want to fill it with stories and interesting finds and interviews and answering Twitter questions from readers each week. I plan on opening up the mysterious door that is gay parenting. In a nutshell, it’s no different than straight parenting — we just do it with a little more flair. I am always open to praise and criticism, so feel free to write me and tell me how you feel.”

In a recent feature profile on CNN this week, Frank says he was inspired to use humor to normalize the concept of gay parenting and show mainstream America that “gay is OK.” Frank adds, “I think when people are uncertain or uncomfortable about something, humor is the best way to break down some of those barriers, and gay parenting is definitely a new concept to a lot of people,” he said.  Frank was also profiled earlier this year on the TODAY show, together with 3 straight dads, and you can watch the terrific piece in full below.  And be sure to follow the amazingness that is Frank Lowe on Twitter at @GayAtHomeDad.

SEE ALSO: The Calculus Of Love: Watch How The Fermi Paradox Proves You Have 831 Soulmates Out There Waiting
SEE ALSO: Watch This “CBS This Morning” Report On The Surprising Secrets Of “Happy Couples” & The New Normal
SEE ALSO: How To Get Your Love In Orbit: Philosopher Judith Butler’s Brilliant Essay On Love & The Doubting Mind
SEE ALSO: Groundbreaking Research Discovers The “Love” Molecule: The Source Of Morality, Monogamy & Connection
SEE ALSO: @NotTildaSwinton Explodes During Eclipse: Hailed As Twitter’s Greatest Celebrity Parody Account Ever 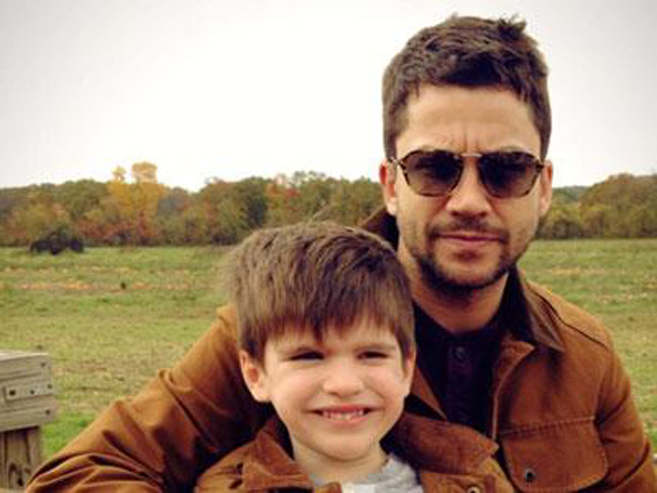 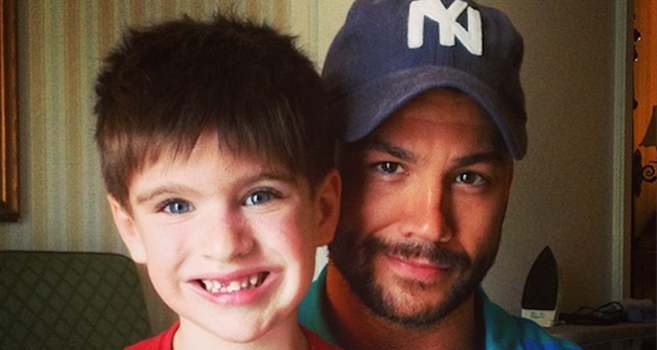 My kid wanted to see the zoo so I just took him to the Walmart parking lot.

In Hell, they play “All About the Bass” on a continuous loop.

If “blackout drunk” is part of your weekly vocabulary, you’re probably an alcoholic. Also, let’s hang out.

Kanye likes Kim’s ass oiled up and shiny so he can always see his own reflection. — Frank Lowe (@GayAtHomeDad) November 12, 2014

Me, when someone asks if I bought the Taylor Swift album: pic.twitter.com/FfM9cRxI9D

As each degree of temperature drops, Mariah Carey grows stronger. She dances around her home, knowing she will be relevant soon. — Frank Lowe (@GayAtHomeDad) November 9, 2014

My sexuality isn’t a choice, but your religion is. So if you chose a religion that condemns people for who they are, you’re an asshole.

Amanda Bynes just tweeted that “Zac Efron is not ugly,” which confirms she is NOT insane. — Frank Lowe (@GayAtHomeDad) November 1, 2014

Ran out of candy so I’m just handing out Xanax. YOU’RE WELCOME, PARENTS.

Want to scare the hell out of white people this Halloween? Dress up as gluten.

When straight people say they “tolerate” gay people, it’s like “no motherfucker, we tolerate YOU.” — Frank Lowe (@GayAtHomeDad) October 11, 2014

Can we PLEASE just get marriage equality everywhere so we can move on to marijuana legalization?