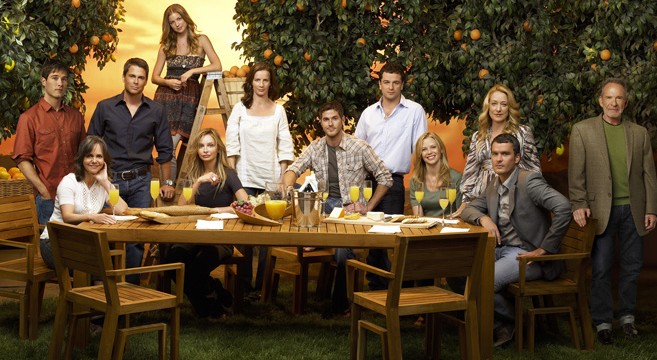 Several new longitudinal research studies have discovered one very powerful core truth about the human experience — our sibling relationships are the deepest, most important, and longest-lasting relationships of our lives.  Even more than this, scientists have discovered that our relationships with our siblings is the single most deciding factor and measurable metric for determining our “total life satisfaction” later in life.  A new study published in the The International Journal of Aging & Human Development found that having the support of our children or our closest friends in our later years has very little influence on our overall life satisfaction — but having a close relationship with our siblings proved to be the single most powerful determinant for total life satisfaction in those who participated in the study (particularly over the age of 80).

The strongest theory in evolutionary biology which explains the intensity and importance of the sibling bond is that siblings share half their genes with each other.  The fact that your siblings are holders of your shared genetic treasure is reason enough for mutual devotion, but another reason is connected to the strong social bonds that develop between siblings as they teach and learn from each other the highly valuable socialization skills and rules of dominance and hierarchy which will govern the outcome of the rest of their lives.  In his 1995 book Sibling Relationships Across the Life Span, psychologist Victor Cicirelli writes: “the older sibling gains in social skills in interacting with the younger” and “the younger sibling gains cognitively by imitating the older.”

Our relationships with our siblings are the deepest and longest-lasting family bonds we have — beginning in our formative childhood years, with the bulk of these relationships occurring in our adult lives.  One of the most famous studies in this regard was conducted by Harvard University over the course of 75 years and tracked 300 men.  Psychologies writes: “[The study lasted] from the late 1930s to the present day has shed new light on the importance of the sibling bond. According to the Harvard Study of Adult Development, 93 per cent of the men who were thriving at 65 had been close to a sibling in their early life. The study also reports that poorer relationships with siblings before the age of 20 could be a predictor of depression later in life, suggesting that the longer we can sustain close sibling relationships in adulthood, the more it can benefit and protect us emotionally.”  You can read the now legendary Harvard study in full by CLICKING HERE.  Robin Marantz Henig of NPR also adds: “During middle age and old age, indicators of well-being – mood, health, morale, stress, depression, loneliness, life satisfaction – are tied to how you feel about your brothers and sisters.”  (Photo courtesy of Fan Pop).

Previous post:
Artist Turns High-Res Scans Of Undulating Ocean Waves & Explosions Into Stunning 3D-Printed Casts Next Post:
The Vemödalen Instagram Paradox Explained: This Is That Weird Feeling You Get When You Take Photos