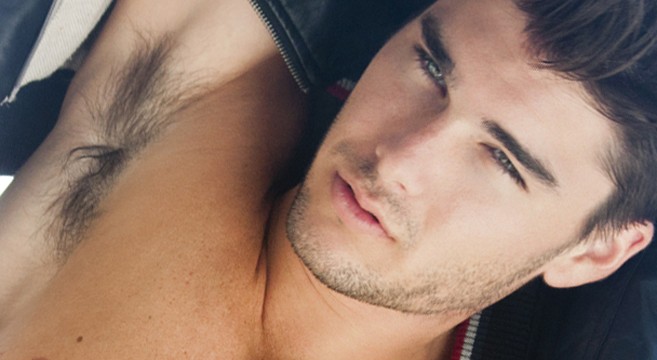 ☛ Hunkalicious model Charlie Matthews (above) photographed by Sonny Tong in twelve new dreamy pics (BELLOmag)
☛ Ricky Martin photographed taking photographs of himself on his balcony as the rest of us discuss the photographs (Dlisted)
☛ Missouri football star Michael Sam comes out as gay, likely to be the very first openly gay NFL star in history (Towleroad)
☛ Beautiful new series of illustrated posters by Mark Gonyea reimagine numbers as though they were design elements (PSFK)
☛ Foster The People’s new video for “Coming Of Age” is a cinematic love letter to the movies of the 70s and 80s (Just Jared)
☛ With its $69 million haul, The LEGO Movie just became the second biggest February opening in movie history (The Playlist)
☛ Check out these photos of the Black Desert house in Yucca Valley, California designed by Marc Atlan (Materialicious)
☛ You can now stream Yumi Zouma’s dreamy new 4-track EP in full, including their track “The Brae” above (Disco Naivete)

Previous post:
The WOW Files: Meet The 80-Year-Old Japanese Grandmother & Mermaid Who Comes From Another Time Next Post:
My Newest Favorite Dream Home Is The “K House” In Sydney Harbour By Chenchow Little Architects