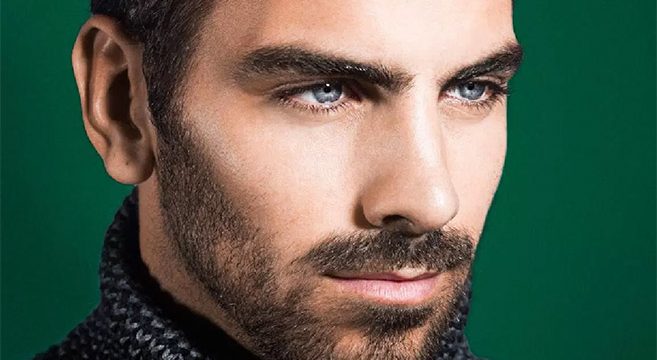 A new study published by the Journal of Personality and Social Psychology, and the American Psychological Association, confirms that it is impossible for a person to be 100% heterosexual. The research was led by Ritch C. Savin-Williams, Ph.D, Director of Developmental Psychology and the Director of the Sex and Gender Lab in the Department of Human Development at Cornell University.

By studying the physiological responses of participants exposed to pornographic material (i.e. measuring genital arousal and pupil dilation), the researchers found that 100% of participants bodies’ responded positively when viewing heterosexual or homosexual sex. Diana Tourjee of Broadly writes, “Following popular logic, sexuality is thought of as straight or gay. Bisexuality has only recently begun to be taken seriously. The idea of separate, static, and neatly defined sexual orientations is woven into the fabric of American society and is part of our cultural conception of gender itself; real men are masculine and attracted to women. The results of Savin-Williams’ study challenges deeply held cultural beliefs about sexuality, but he’s not surprised to find that sexuality is more complex than gay and straight. ‘I’m certainly not surprised,’ he says. ‘We’re trying to get at the way people really are. Sometimes, it seems people are one way but believe they have to report themselves in another way, and that’s not good.'”

Savin-Williams adds, “There are aspects [of male sexuality] along a continuum, just as we have always recognized with women. Men have gotten so much cultural crap put on them that even if a man does have some sexual attraction to guys, they would never say it.” Society has long embraced the sexual fluidity of women, but over years of research Savin-Williams has found the number of men who no longer consider themselves as 100% straight is growing.

Savin-Williams says, “Sexuality exists along a spectrum with degrees of heterosexuality and homosexuality, and yet we continue to categorize people as if the only options are gay, straight, or bi. But new research shows this is changing, especially among young adults who tell us self-identify outside of these three so-called ‘traditional’ categories. The largest of these new sexualities is the mostly straight — heterosexuals with a small degree of gayness. Indeed, more individuals identify as mostly, but not all together, straight than who identify as gay/lesbian or bisexual combined. Although more women, about 10%, than men, roughly 5%, claim to be mostly straight, the numbers are escalating as the current generation of youth feel little stigma with being ‘a little bit gay.’ But even those who identify as ‘mostly straight’ exist on a wide spectrum. Some only have sexual or romantic attraction for their less preferred sex, others experience a small degree of both same-sex desire and romantic infatuations, and some are willing to sexually experiment if the right woman or man comes along.”

“Research also shows self-identifying as mostly straight increases during the teenage years, peaks around the early twenties, and remains relatively stable during young adulthood,” he adds. “Many youth appreciate more options when it comes to defining their sexuality. As one young woman expressed it: ‘I sort of like that it doesn’t just have a completely or just a bisexual, but it has [an] in between … there isn’t always that black and white picture.’ Young adults today do not want their sexuality boxed in. They want alternatives and new ways to describe the complexity of their sexual and romantic selves and the research reinforces this spectral understanding of human sexuality.”

Research out of the University of Georgia has also confirmed that homophobic men conceal intense homosexual desires. “[The study] asked heterosexual men how comfortable and anxious they are around gay men. Based on these scores, they then divided these men into two groups: men that are homophobic, and men who are not. These men were then shown three, four-minute videos. One video depicted straight sex, one depicted lesbian sex and one depicted gay male sex. While this was happening, a device was attached to each participant’s penis. This device has been found to be triggered by sexual arousal, but not other types of arousal (such as nervousness, or fear — arousal often has a very different meaning in psychology than in popular usage). When viewing lesbian sex and straight sex, both the homophobic and the non-homophobic men showed increased penis circumference. For gay male sex, however, only the homophobic men showed heightened penis arousal. Heterosexual men with the most anti-gay attitudes, when asked, reported not being sexually aroused by gay male sex videos. But, their penises reported otherwise. Homophobic men were the most sexually aroused by gay male sex acts.” (Photo of Nyle DiMarco via America’s Next Top Model Fans)

Previous post:
Fascinating Map Details The Exact Centers Of Origin Of All The World’s 151 Major Crops Next Post:
Watch This Incredible 4-Minute True Story Of The Legally Blind Astronomer From Nova Scotia