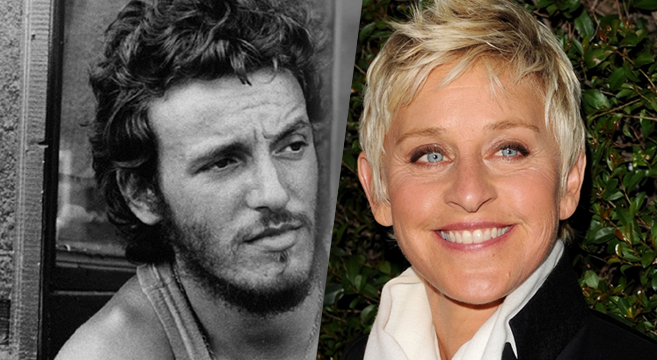 Today, President Barack Obama named 21 recipients of the Presidential Medal of Freedom, including Bruce Springsteen and Ellen DeGeneres. The Presidential Medal of Freedom is the Nation’s highest civilian honor, presented to individuals who have made especially meritorious contributions to the security or national interests of the United States, to world peace, or to cultural or other significant public or private endeavors. The awards will be presented at the White House on November 22th.

President Obama said, “The Presidential Medal of Freedom is not just our nation’s highest civilian honor – it’s a tribute to the idea that all of us, no matter where we come from, have the opportunity to change this country for the better. From scientists, philanthropists, and public servants to activists, athletes, and artists, these 21 individuals have helped push America forward, inspiring millions of people around the world along the way.”

The White House writes, “Ellen DeGeneres is an award-winning comedian who has hosted her popular daytime talk show, The Ellen DeGeneres Show, since 2003 with her trademarked humor, humility, and optimism. In 2003 Ellen lent her voice to a forgetful but unforgettable little fish named Dory in Finding Nemo. She reprised her role again in 2016 with the hugely successful Finding Dory. Ellen also hosted the Academy Awards twice, in 2007 and 2014. In 1997, after coming out herself, DeGeneres made TV history when her character on Ellen revealed she was a lesbian. In her work and in her life, she has been a passionate advocate for equality and fairness.”

And of Bruce Springsteen, “Bruce Springsteen is a singer, songwriter, and bandleader.  More than five decades ago, he bought a guitar and learned how to make it talk.  Since then, the stories he has told, in lyrics and epic live concert performances, have helped shape American music and have challenged us to realize the American dream.  Springsteen is a Kennedy Center honoree and he and the E Street Band he leads have each been inducted into the Rock and Roll Hall of Fame.”

Previous post:
The Top 5 Reasons Why Judge Judy Sheindlin Would Be The Perfect Democratic Antidote To Trump In 2020 Next Post:
Meet The Droolworthy & Mysterious Persian Playboy From Britney Spears’ New “Slumber Party” Video