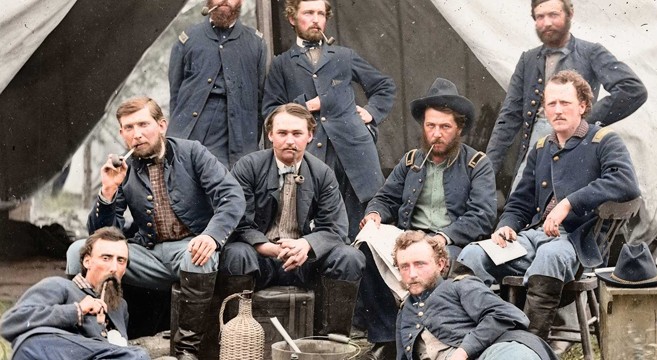 The days were long and the nights were even longer during the Civil War (1861-1865).  During the downtime soldiers would often sing to pass the time, and one of the most popular ballads during this period of the 1860s was the song “Aura Lee”.  As a young child Elvis Presley fell in love with this song, especially the iconic 1938 recording by the Shelton Brothers.  Listen to the original song below, and you will never hear Presley’s inspired rework “Love Me Tender” quite the same way again.