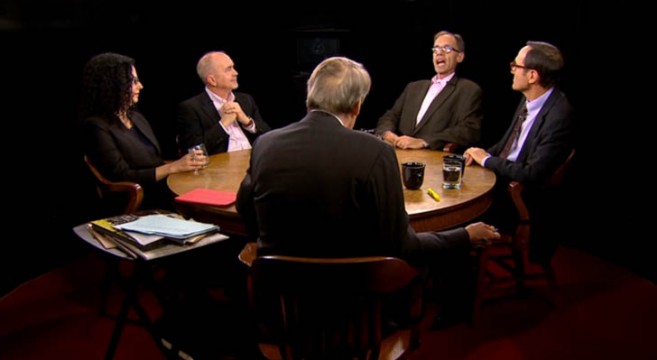 Television is in the midst of an extraordinary Golden Age, due in large part to increasingly complex character and narrative development, as well as the remarkable embrace of online streaming platforms such as Netflix.  The resulting combination has pushed the boundaries of the conventional television landscape, and continues to evolve the medium towards exciting new directions and possibilities.  Charlie Rose recently assembled a terrific roundtable to discuss the new frontiers of television.  You can watch the conversation in full below, which includes the following guests: Josh Sapan, President and CEO of AMC Networks ; Terence Winter, executive producer and writer for HBO’s Boardwalk Empire; Emily Nussbaum of The New Yorker and David Carr of The New York Times.