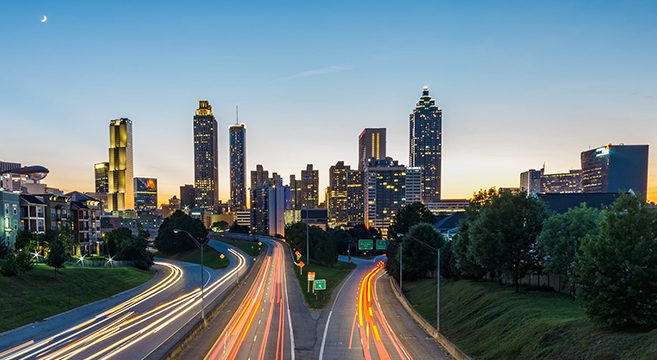 5 Atlanta Based TV Shows You Have to Check Out

With our travels being extremely reduced to our own backyards right now, there is no better time to enjoy television shows filmed in our own city, state or country. Atlanta has always been a key location to film a range of television shows, giving you a chance to not only be entertained but also explore an American city on your screen too. In fact, as the most populous city in Georgia, these television shows can also provide you with inspiration on where to advertise your own brand on Atlanta billboards, whether that be at the Georgia Aquarium, the State Farm Arena or the Hartsfield-Jackson Atlanta International Airport.

There is so much to Georgia that meets the eye, so it is no surprise it is a hotspot for filming television shows. With tourist attractions that families around the country come to visit, like Piedmont Park or the Atlanta Zoo, drool-worthy stadiums make the perfect backdrop for any sports scene and beautiful architecture on the numerous college campus spots throughout Atlanta. But more so than that, there are equally stunning nature reserves that can be easily reached on Atlanta’s extensive highway system.

So, to get the lay of Atlanta and the diverse locations there are to choose from, here is one of the most fun assignments for you to undertake—checking out these five Atlanta based television shows.

Aptly named, this television show is currently streaming on Hulu and is a comedic series starring Donald Glover. You may remember him as the musical sensation of Childish Gambino. But now he is taking a more slapstick approach to what daily life is like in Atlanta, Georgia. From where to get a solid haircut to the expensive nightlife the city offers, you will get to know everyday Atlanta quite well through this show.

Now, in reality, you are not going to have a swarm of zombies walking throughout Atlanta. But in the Netflix series The Walking Dead, you will see the city in another light and what it would look like if zombies dominated society. With ten seasons to watch, you will get a diverse viewing of the different parts of the city as well.

Probably the best television show to watch during the lockdown, Ozark is a three-season Netflix show that does not disappoint. While the show itself pretends to take place in the Ozark region of Missouri, the television show was actually filmed near Atlanta, Georgia. The nature reserves of Lake Allatoona and Lake Lanier dominate the backdrops, but you do get takes of Atlanta itself throughout the show.

While the drama of this Bravo reality show may be fabricated, the backdrops of the scenes are not. They capture what the high life of Atlanta looks like in an entertaining way. You will get to view what the suburbs, city center and hospitality scene look like. And in this show, Atlanta looks nothing but fabulous. Plus, the added drama makes for an even more entertaining watch. You will likely be adding some of the hot spots this show is filmed at to your own bucket list when planning a visit for yourself to Atlanta. And don’t worry, it is not likely you will encounter as much drama as is conveyed in this series.

Capturing more of the high life of Atlanta, this Netflix show captures the glamorous and not so glamorous side of Atlanta and the dramatic lengths people go in this city to make it big and become rich. This series first aired in the 1980s and the reboot is still filmed in Atlanta and definitely does the city proud in terms of how it is highlighted throughout the series. You will get a glimpse at the diversity of the city and how each section is just as important to making Atlanta a unique mosh-pit of city living.

Whether you are doing your research for upcoming advertising campaigns in Atlanta or simply wanting to be a virtual tour of this beautiful city, these five television shows are just the beginning of the long list of television shows filmed in Atlanta, Georgia.

From filming television shows that are based on the rich and glamorous lifestyles in Atlanta, showcasing the average person’s life and their daily routines to going into an alternate sci-fi world of what Atlanta would look like in the future if zombies took over, you will be both entertained and fascinated with the various scenes of Atlanta.

Photo by Joey Kyber on Unsplash

Previous post:
In The Age of Dating Apps Are Blind Dates Even Realistic Anymore? Next Post:
Everything That You Need To Know If You Want To Live In Europe