A few weeks ago there was an open call here in Montreal for anyone interested in attending an exclusive mini-concert by Arcade Fire which was taking place downtown at the Salsathèque.  My friend Martin was the first to point it out to me, and called me during his lunch break where he was already in line for tickets.  Minutes later he called me back and said there was a strange prerequisite to get inside — you had to wear an extravagant costume.  We abandoned our plans, but this afternoon I’m wishing we hadn’t, because as it turns out it was all part of the band’s mini-concert which aired following last night’s season opener of Saturday Night Live starring Tina Fey.  If we had gotten tickets to the 22-minute concert, we would have crossed paths with director Roman Coppola who took creative control of the special, and James Franco standing by a pay phone.  Other special guests who made an appearance include: Bill Hader, Zach Galifianakis, Bono, Rainn Wilson, Ben Stiller, Michael Cera, Aziz Ansari and Eric Wareheim.  It’s all part of Arcade Fire’s upcoming album REFLEKTOR which is set for release on October 29th. 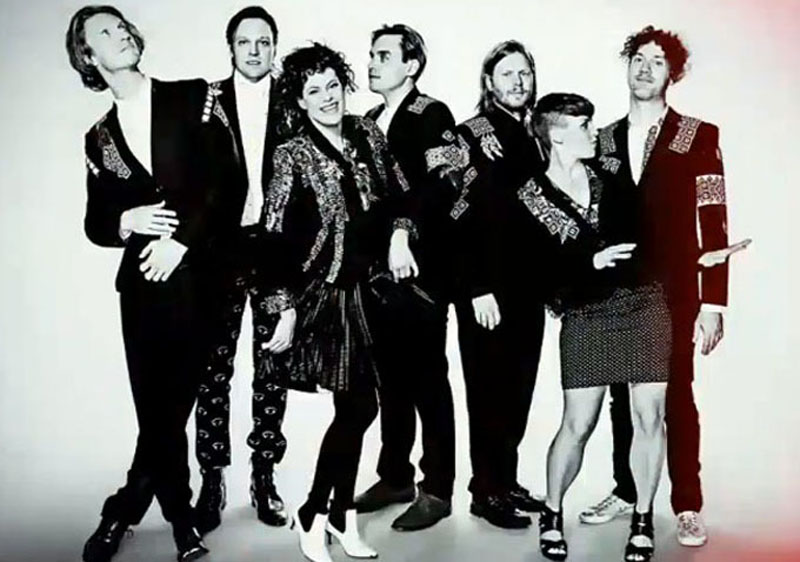