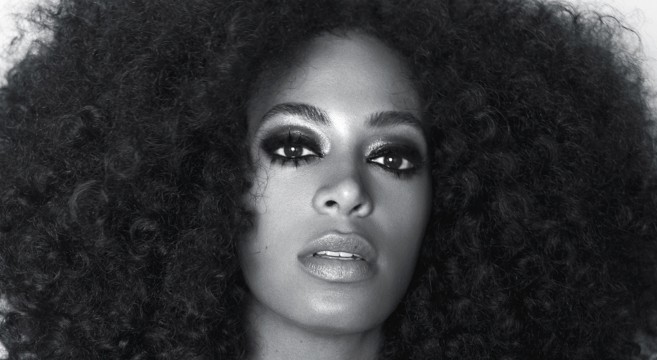 If you are a singer and your big sister happens to be Beyoncé Knowles, it would be quite a challenge to create your own identity, separate from that of your big sis who is one of the most famous performers on the face of planet Earth.  But SOLANGE has done just that.  In recent years we’ve seen this 27-year-old artist craft a cutting edge style and image uniquely her own, with her 2012 hit single “Losing You” being her crown jewel example of this so far (NOTE: the video has been watched more than 8 million times so far).

The latest in SOLANGE’s amazingness comes in the form of her brand new track “Lovers In The Parking Lot”, which saw its music video catch on viral fire yesterday when it was released.  Not only is the song and video completley irresistible, it was produced by BLOOD ORANGE (a.k.a. Dev Hynes) — one of my favorite people in the entire universe.  For added fun I’ve thrown in his brand new video for “Chamakay” below as well.  Both “Losing You” and “Lovers In The Parking Lot” appear on SOLANGE’s critically acclaimed album True, which you can purchase via iTunes.  To enter the world of SOLANGE be sure to visit SOLANGEmusic.com and follow her on Facebook and Twitter.

Previous post:
Universe May Have Formed From Collapse Of A 4-Dimensional Star Next Post:
Paul Koudounaris’s Mindblowing Photos Of Diamond-Encrusted Skeletons From The Catacombs Of Europe