SLOWDANCE is a Brooklyn-based band fronted by its lovely French-born lead singer Quay Quinn-Settel, and rounded out by her hunky bandmate beaus Kyle McKeveny, Thomas Quigley, Luke Fox and Sam Koppelman.  I discovered them a couple weeks back while driving around Montreal and nearly getting killed when I almost went through a red light while trying to Shazam their song “Airports” which was playing on the radio.  I’ve learned my lesson, thank you very much, and in the process ended up discovering one of my favorite new bands.  Take a listen to (or purchase) “Airports” along with “Boyfriend” in the first window below (released in September 2011), and take their latest 4-track EP Light & Color for a spin in the second window as well (released June 2012).  For all thiings SLOWDANCE be sure to visit their site at SLOWDANCEwith.us and follow them on Facebook.  To read Black Book’s profile of SLOWDANCE during their very first tour outside of their native Brooklyn CLICK HERE. 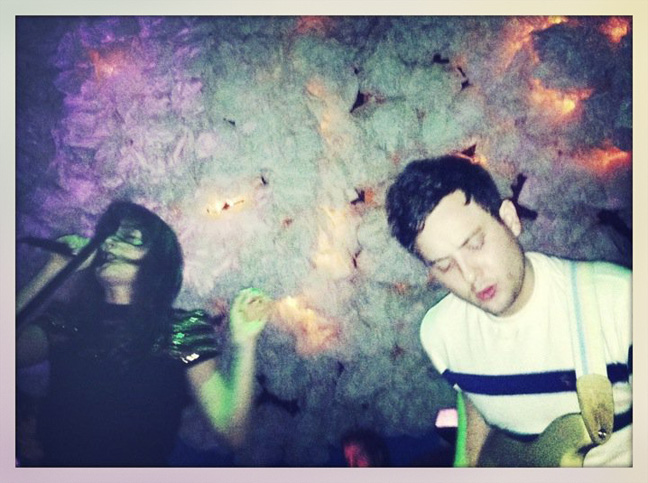 Previous post:
If The Latest Trailer For “SAMSARA” Doesn’t Give You Goosebumps Then I Feel Sorry For You Next Post:
Subatomic Sublimity: Watch Classical Music And VFX Converge In Stunning Video “CONSTELLATION”