24-year-old hip-hop producer CLAMS CASINO is better known to his friends as physical therapy student Mike Volpe from Nutley, New Jersey.  To the rest of the world, the rising drum-chopping superstar is an icon.

In a recent issue of SPIN, the editors gave exceptionally high praise to this prodigious talent: “What’s remarkable about Volpe is that he basically helped invent the most interesting new style/sub-genre of hip-hop in the past few years, but not that many people know, probably because it doesn’t yet have a catchy name (“Hypnagogic Hip-Hop”? Not happening.). Basically, he took the hazily zonked, nostalgic jumble of ’80s/’90s references that became known as chillwave, and flipped it into a rap-beat format. And that sound just happened to fit with Lil B’s equally zonked and enigmatic rhyme spew, which B has dubbed “Based.” Generally, a Clams Casino track feels like the soundtrack for a New Age seminar that’s drifted wildly off course and run aground, but always in a more fascinating, ominously exhilarating place. Drums and synths yawn and stretch and sigh, always tilting toward the sublime, not in a pretentious way, but like a smart, modest, confused kid who’s understandably anxious about today’s state of effed-up affairs and wants more.. It’s probably the most appropriate music I’ve ever heard for just zoning the fuck out for four or five hours at your computer while idly Googling the ineffable.”

There is a ton of proof out there as to CLAMS CASINO’s incredible skill, but one of my favorites is his remix of Soulja Boy’s “The World Needs Change” as well as his own track “All I Need” and a mix he made back in April.  Take it for a spin yourself below, and to enter the world of CLAMS CASINO you can follow him on Facebook, Twitter, and Soundcloud. 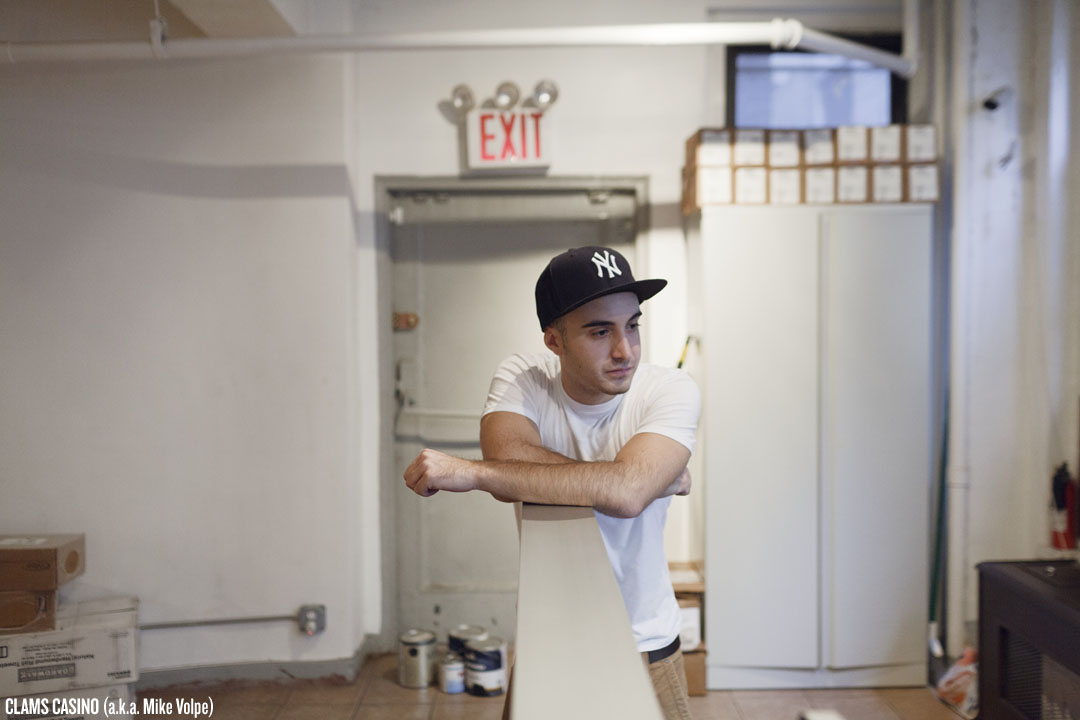