Berlin-based indie pop act ME AND MY DRUMMER is comprised of vocalist and keyboardist Charlotte Brandi, and drummer, Matze Pröllochs.  The two live in Berlin, but initially met in 2009 in Pröllochs’ hometown of Tübingen, where both were stage musicians for theater productions.  The duo recently joined the roster of Berlin record label Sinnbus which has the following beautiful profile of one of their newest acts:

“ME AND MY DRUMMER have really pushed this act of reduction. It’s hardly a band you are watching here, it’s two confidants in close contact. Ever-changingly, they are a loving couple, they separate, they circle each other in the boxing ring and in the ballroom. Here’s an incredible voice, singing for her dear life, making requests and demands, challenging you, dreaming and floating on a dense musical ride, picking up speed and gaining momentum.  This voice forms a tender, intimate, immediate alliance with a set of instruments reduced to its core. Almost brutally close, they create an intoxicating undertow – pristine, refined, mesmerizing, light-footed – that after all really just wants to play with everything and itself.”

ME AND MY DRUMMER will be heading out on tour in 2012 with Einar Stray as part of the promotion for their brand new album which will be available soon via Sinnbus’s online store.  The very first single “You’re A Runner” is set for release on January 20, 2012.  Last month the group debuted this beautiful video of a live recording of “Runner (Reprise)” at Radio Büllebrück Studios — definitely an indication of a band to watch out for in 2012.  You can follow the band on Facebook, Sinnbus, as well as their website MEANDMYDRUMMER.com. 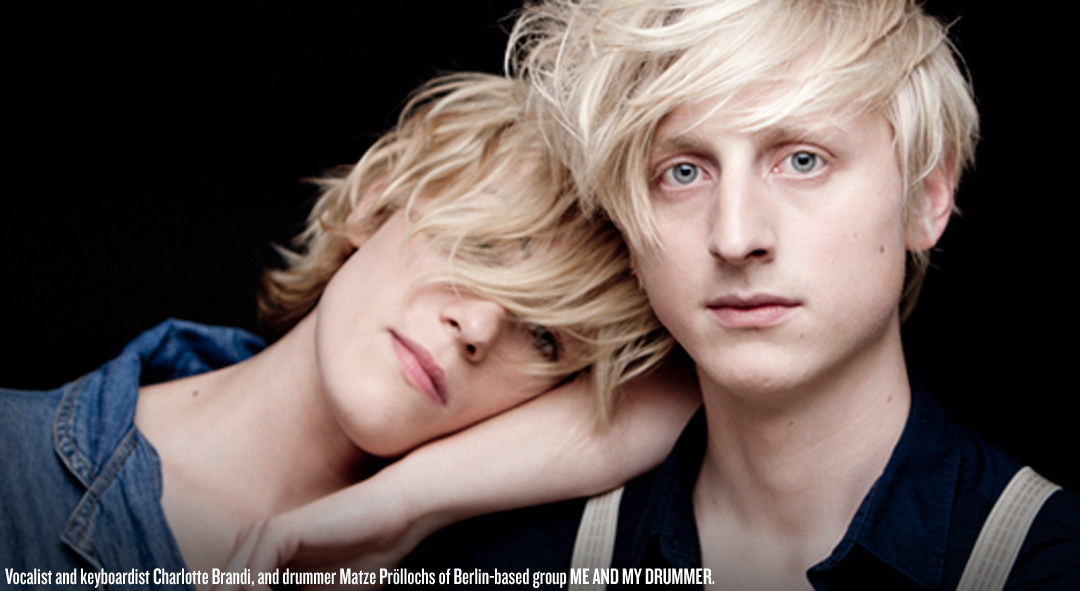