I remember a few years back when I first heard the music of Chromatics how instantly I fell in love with them (some of my all-time favorite tracks being “In The City” and “Running Up That Hill”).  Just yesterday the group announced the upcoming January release of their 4th full length album entitled “Kill For Love” via Italians Do It Better.  FADER‘s glowing review of the track centers on their appreciation of the song’s jarringly plain vocals: “Maybe ‘Kill For Love’ will inaugurate a sea change where artists come to terms with themselves and start being open about how they sound when they sing. In basement studios everywhere, young vocalists will blink three times and start X-ing out effects in Ableton, look at the mirror for the first time in weeks, deep into their beady, sun-deprived eyes and whisper, ‘God, there are no shortcuts.'”  You can read the entire review at FADER, and listen to the album’s title track “Kill For Love” below.  I also couldn’t resist including “Tick Of The Clock” which is used to absolutely intoxicating effect in the film Drive (if you don’t see this movie right now I’m never talking to you again by the way).  You can follow Chromatics on Facebook, MySpace, Last FM, as well as visit their label’s site at Italians Do It Better.

SEE ALSO: “Drive” Is One Of The Best Movies Of The Year (And The Music Is Pretty Damn Amazing Too) 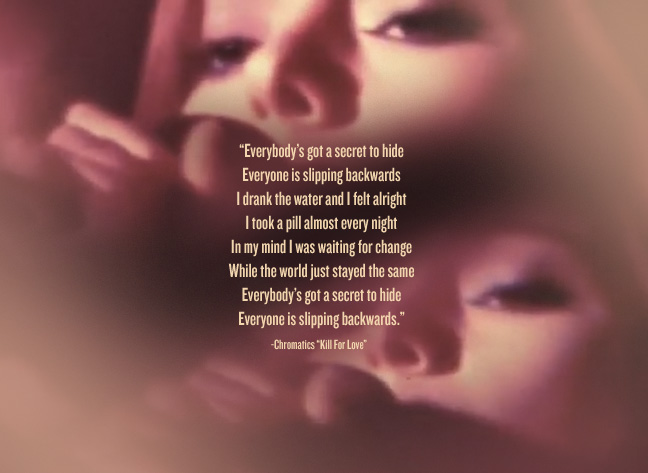