DUMMY is reporting that Quebec’s own minimal master of electronic ambience, Tim Hecker, is set to release a companion album to his recent 2011 release Ravedeath 1972.  The upcoming album is entitled Dropped Pianos   and will be composed of nine sound “sketches” which Hecker used to build/map/plan each of the tracks for Ravedeath 1972.    For those who love Hecker’s music as much as I do, this should definitely be fascinating to hear — so rare do we get a glimpse into this type of preliminary “fleshing out” work of a musician.  Tim’s label, Kranky, will be releasing Dropped Pianos   in October 2011.  To learn more about Tim be sure to visit his website at SunBlind.net.    Below you will find a piece entitled “Sketch 5” off the upcoming album, a beautiful fan-made video for the track “No Drums” from Ravedeath 1972,  as well as one of my personal faves “Chimeras” from his album Harmony In Ultraviolet.   I also couldn’t resist throwing in a video of what was easily the most spell-binding Donnie Darko-esque thunderstorm I have ever seen in my entire life.  It passed over Montreal earlier this summer, and the very next day someone made this clever little video “Devil’s Storm” with Tim’s music as the soundtrack.  To pick up your own personal favorites of Tim Hecker’s music simply head over to iTunes. 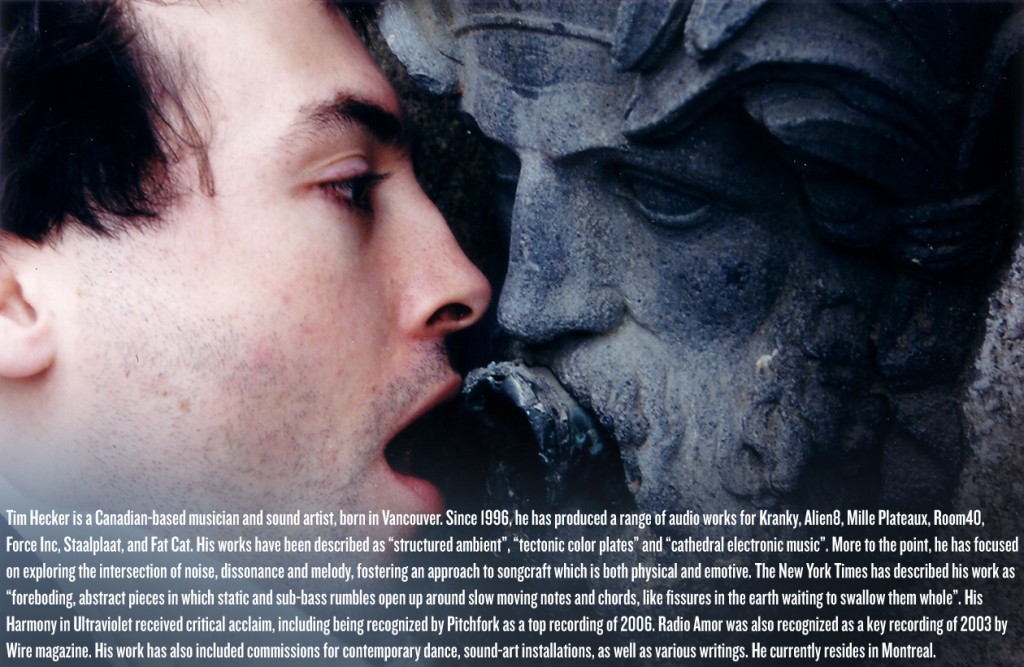 Previous post:
Read CNN’s Fascinating In-Depth Look At The Proof Behind “Crisis Apparition” Contact From The Afterlife Next Post:
The “Casa Cher” In The Forests Of Argentina Has Me Dreaming Of Glass, Concrete, And A Sugar Daddy