The attacks of September 11, 2001 have not only come to be remembered as the single most traumatic day in modern history, but it was also the most documented event in world history.  There simply is no equivalent.  In six months it will be the tenth anniversary of 9/11, but surprisingly enough there is still new information being released; the latest of which is this footage taken from a NYPD helicopter. The Huffington Post reported the following:

NEW YORK. | .(03/ 7/11 12:32 PM) .Newly released footage of the World Trade Center attacks shows an NYPD helicopter’s perspective of that fated day. The National Institute of Standards and Technology obtained the footage under the Freedom of Information Act as a part of their investigation into 9/11. The original footage was then anonymously posted onto Cryptome, a site which, among other things, catalogued the civilian deaths in Iraq, and posted protest photos in Libya. The grainy footage swoops through the burning towers and captures the resultant collapse. It’s an incredible new perspective of that day, but be warned: the footage is difficult to watch. 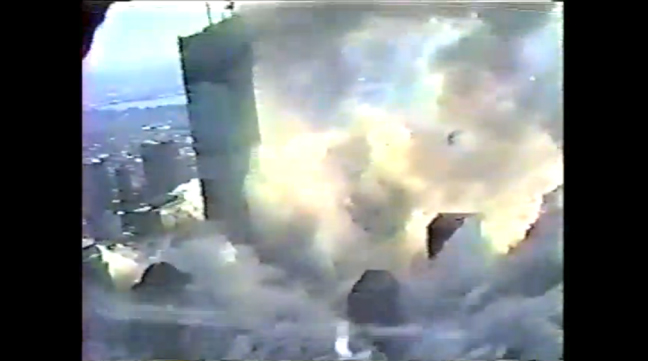 Previous post:
“‘Til Death Do Us Part” By Kate Bauman Next Post:
Donald Trump Boycott In Works Following His “Unconscionable” Stance On Gay Rights