World Trade Center Construction Now Up To 56 Of 104 Floors

The construction of #1 World Trade Center in Downtown New York is picking up speed after years of embarrassing administrative infighting.  The owner, Larry Silverstein, was initially upset with Daniel Libeskind’s original design (which would have been a stunning achievement) because it didn’t incorporate enough leasable office space.  So, he brought in his own architects, Skidmore Owings and Merrell (“yaaaaaaaaaawn”) to “work with” Daniel (i.e. they all but had a gun to Daniel’s head, and I’m sure they ripped his balls off in the process) on a revised design.  The final design they came up with isn’t the worst concept I’ve ever seen, but the poetry of Libeskind’s original is all but lost.  Nonetheless, it’s nice to see these grown ups have settled down long enough ago to allow us to see the progress they’re at now.  Even though the building would have been finished a while ago by now (if they had stopped fighting a long time ago) what’s in the past is indeed that: in the past.  Here’s the scoop:

#1 World Trade Center was originally expected to be completed and opened by 2011, but an October 2008 report by the Port Authority Of New York pushed back the estimated completion of the tower to some time between the second and fourth quarter of 2013, with the total estimated budget growing slightly from the 2007 estimate to $3.1 billion.

To visit the WTC website and see more photos of the state of construction just click HERE.  For a live video feed from the site click HERE. 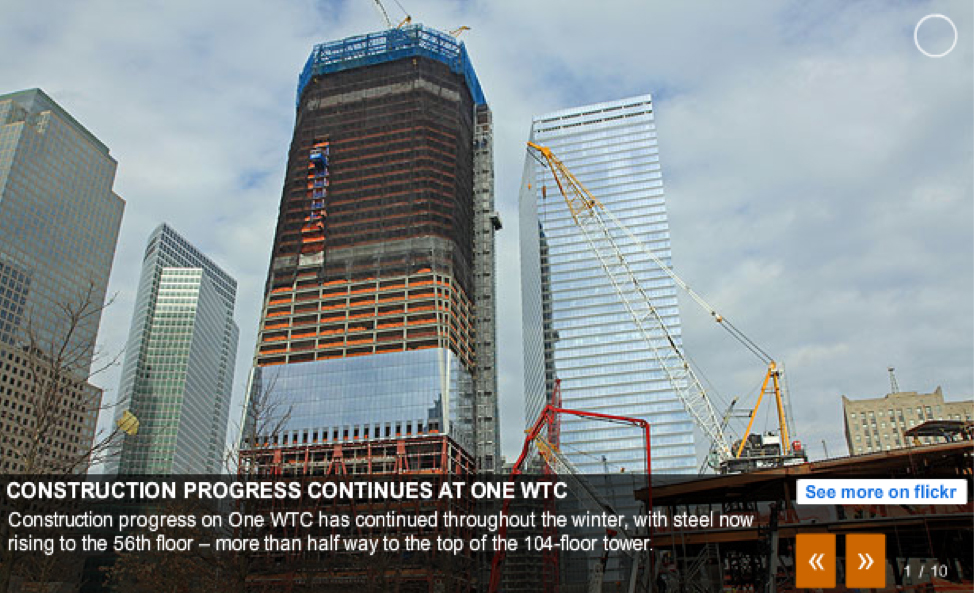 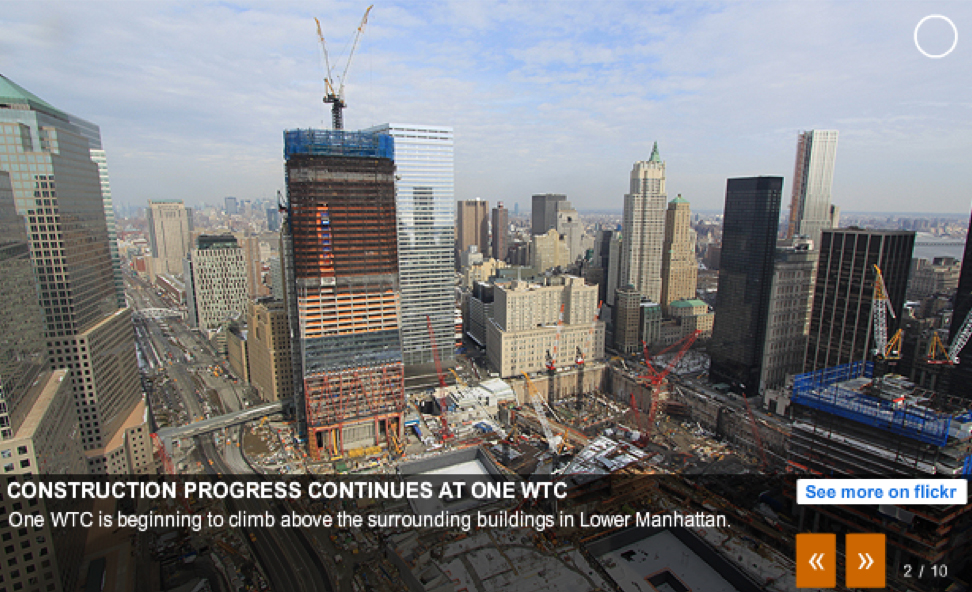 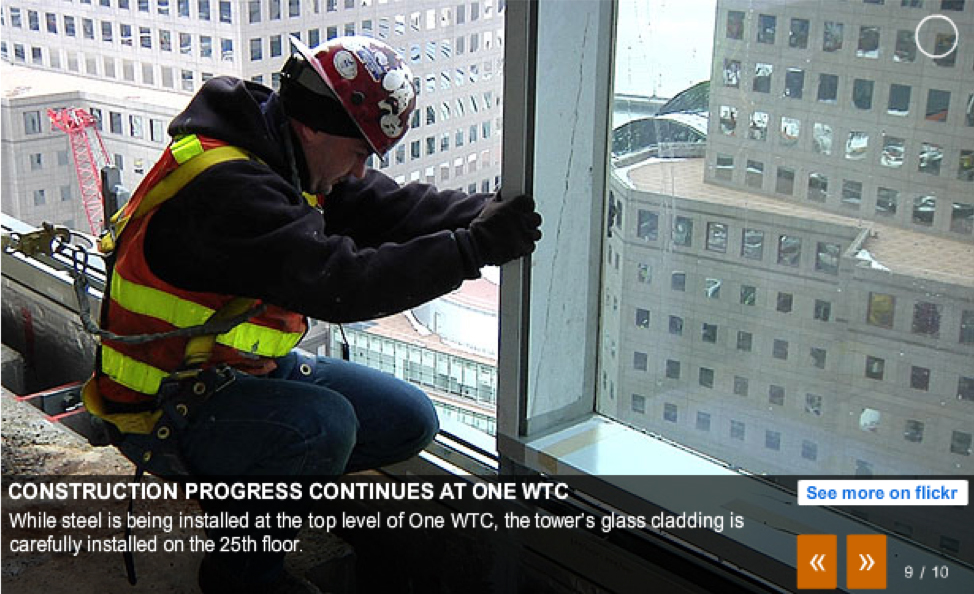 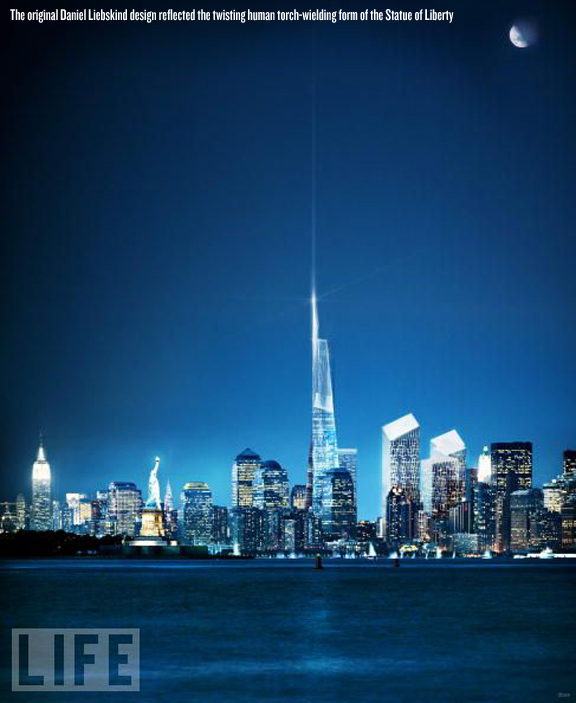 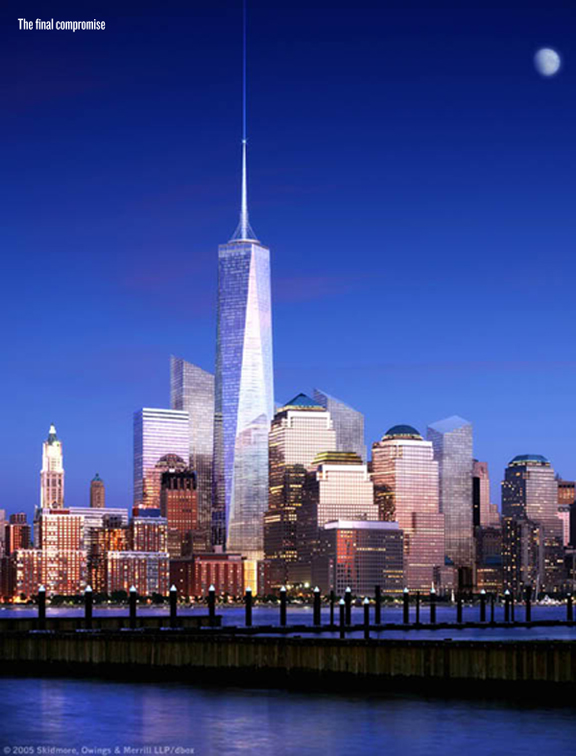