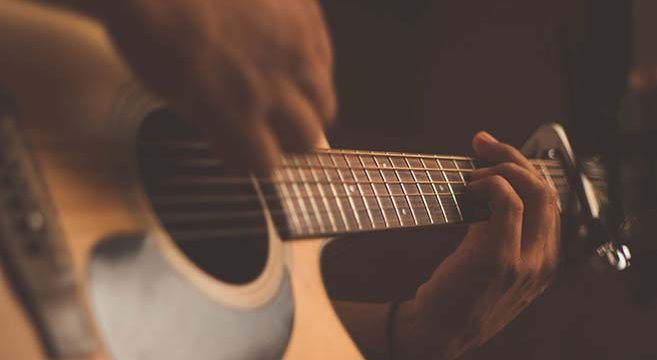 Not Sure Where To Go Out Next? Check Out The Events In Ryman Theater

If you are in downtown Nashville, Tennessee, or are planning to go there then you definitely want to visit this theatre. It is one place that can help you have a good time with performances from some of the best musical genre artists. Whether you are having a bad or dull day or a super good one, heading to the Ryman theater will definitely make it a memorable one.

Below are the backgrounds of some of the most awaited artists who will soon be performing there.

This award-winning professional singer started her music career at the young age of five as she played the drums with her family band. Eventually, she moved on to the mandolin and then the fiddle. She started out on her own when she sang with the Grand ole Opry’s Jim Ed Brown. She gave many contemporary country albums and even won herself many awards in 2000 and 2001.

If you like some good soulful music then you are sure to have a great time with Whiskey Jam. With more than 10 years of time-tested and approved music shows, they are a popular household name now. If you want to witness this wonderful performance then you can find the Ryman theater tickets on sale for the same. The Whiskey band will definitely provide you with the best original music party you ever witnessed. It is a perfect place to enjoy good music and have some good drinks to accompany them.

For all you progressive rock fans out there, King Crimson is sure to rock your evening at the Ryman theatre on the 28th of July 2021. Their albums are some of the most memorable ones and are respected in the progressive rock era. The band debuted in front of a crowd of 65,000 people in London’s Hyde Park in 1969. In the same year, they caught the attention of a massive number of people and hit number five in England and number 29 on American charts.

The Lone Bellow was formed by Zach Williams, Kanene Donehey, and Brian Elmquist six years ago. This trio is passionate about their creativity and takes their songwriting process very seriously. Some of the most famous songs by this group still stand tall up to date. These songs include the stunning tracks of ‘Is It Ever Gonne Be Easy?’. In fact, the entire 10 track album,’ Walk Into A Storm’ is raw and undeniably soulful.

The life of band members is known for its complications and hurdles. While the world of musical bands is full of such incidents where you read about their continuous rise and fall, the Randy Rogers band is a breath of fresh air. Their unique brotherhood fueled by the motivation to make great music enabled them to stay committed to each other. Their songs reflect fearless spirits and a sense of camaraderie. This musical band has been one of the most popular bands in the country for more than 17 years now. With a huge fan base, most of their shows get sold out quickly, so you might want to pre-book this one quickly.

Originally known as The Cadillac Black, this is an American southern rock group of three members Jeren Johnston, Kelby Ray, and Neil Mason. They have released three albums which were all very well received by the people. Their debut single in 2013 was known for its amazing Southern Rock influence. Their second album in 2016 called Bury Me In My Boots debuted at number 5 on the Billboard Top Country Album charts. With so many accolades and praises, if you are a lover of southern rock music, this is surely not a performance that you should miss.

This Southern rock band will definitely give you the feeling of a gorgeously raw and unabashed spirit. The Whiskey Myers comes from a small town in Texas. This band has pretty much grown up together right from playing ball with each other to becoming a full-fledged music group. So if you are looking for some old country music mixed with rock and roll with a dash of the great blues then the Whiskey Myers is sure to cater to your musical taste.

Between 1989 and 1994, Clint Black released five albums and all of them sold a million copies and more. Clint Black stuck to the traditions of country songs and wrote every song himself and never sought any songwriters to do the job for him.  Today, Clint Black intends to return as a country-music legend. You can get to witness the live performance of this legend at the Ryman Theatre on the 12th of September.

From receiving praise from Rolling Stone to giving appearances at an iconic venue like Billy Bob’s which was completely sold out, Parker McCollum has charmed the entire country’s music fan clubs. He is loved by almost all generations be it the Baby boomers or the Millennials. A native of Texas, Parker has strived real hard for years before he reached his acclaimed fame. His lifelong dedication has made him famously known as the best country music creator. With his new album, Parker breaks the monotonous beats and raps to give rise to a unique, and timeless version of love and heartbreak.

A Little About The Venue

This theatre is known to all locals and tourists alike for the numerous good shows it has brought to town. No wonder even tourists, pre-book their tickets for this place in advance as the chances of all the tickets selling out and the shows being booked if you wait till the last minute is very high. Note that, this doesn’t mean this is a smaller place. It can actually seat up to 2000 people.

Set in 1885, it has still kept most of its charm since then. It has featured famous and well-known artists like Ricky Skaggs, The Beach Boys, Sharon Van Etten, Sidewalk Prophets, Mandy Moore, and many more. As it is in such a convenient location, you can easily enjoy a show there and move on to nearby places in Nashville to explore like the Grand Ole Opry, Nashville zoo, The Hermitage, Tennessee State Museum and so many more.

However, as most shows sell out fast, it is always advised to pre-book your tickets so you are not dismayed missing an experience in the most loved place in Nashville. With so many different musicians and bands coming in the next few months, you will surely find something that matches your taste easily.

Photo by Jefferson Santos on Unsplash

Previous post:
The Top 6 Rifle Accessories That Every Hunter Must Have Next Post:
How To Get Disability Benefits And Improve The Quality Of Your Life