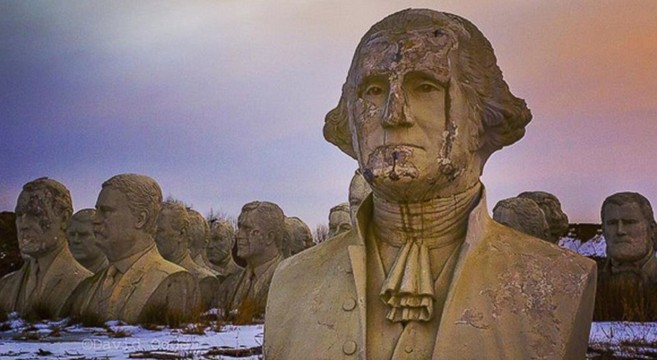 Years ago when Houston-based sculptor David Adickes visited Mount Rushmore on his return trip home from a road trip to Canada, he was inspired to create a series of 20-foot-tall busts of American presidents. It didn’t take long to get the attention of entrepreneur Everette “Haley Newman III who began purchasing the busts from Adickes in 2000. A few years later in March 2004 Newman opened Presidents Park — a 10-acre sculpture park and indoor museum in Williamsburg, Virginia. Sadly, due to lack of visitors and revenue, creditors had to shut down the park in 2010. The giant busts were then moved to temporary storage on the farm of local landowner Harry Hankin, who was ordered to destroy the busts. Hankin had other plans, and chose instead to let the giant 18′ to 20′-tall sculptures stick around and let time and the elements have their way. Photographers Patrick Joust and David Ogden captured some images of the surreal locale in the images below. By the way, each bust weighs between 11,000-20,000 pounds. 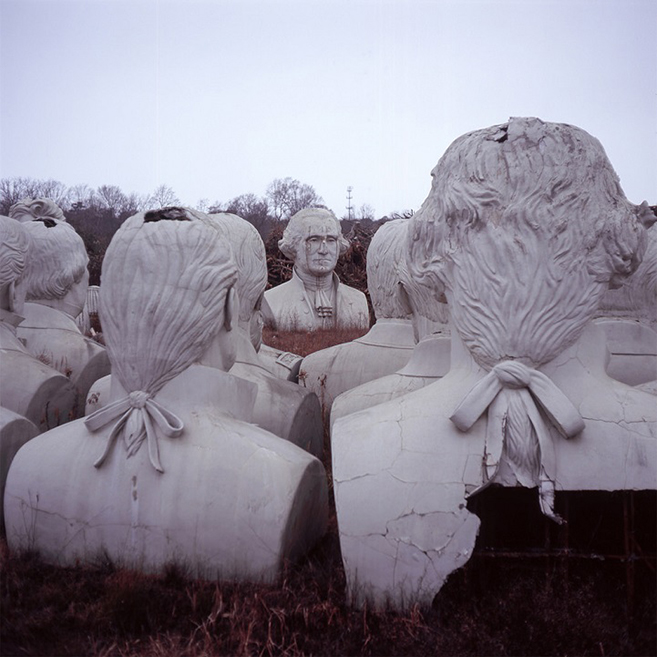 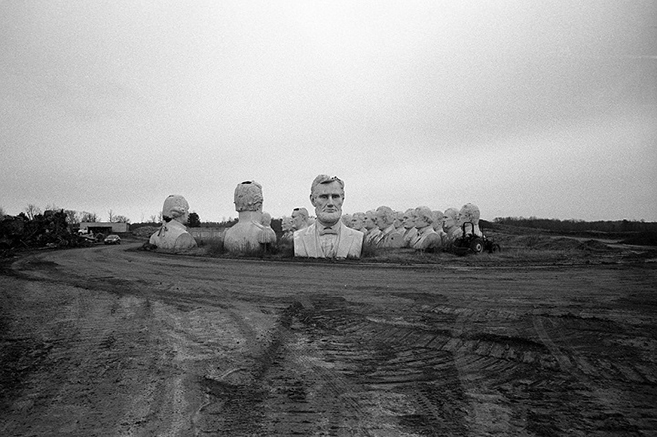 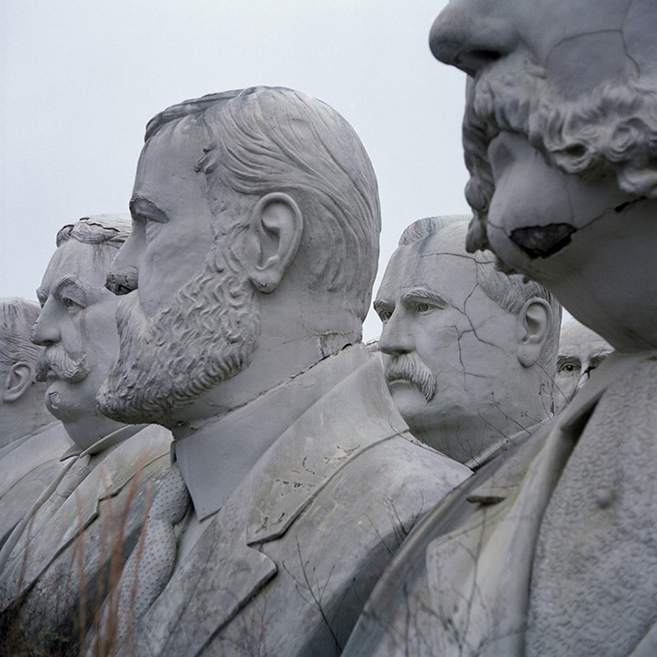 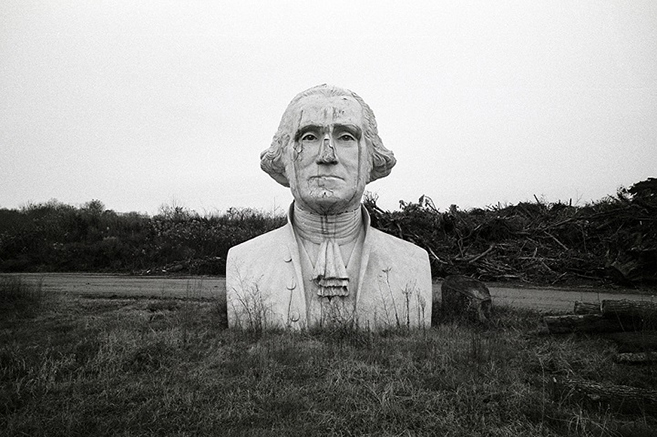 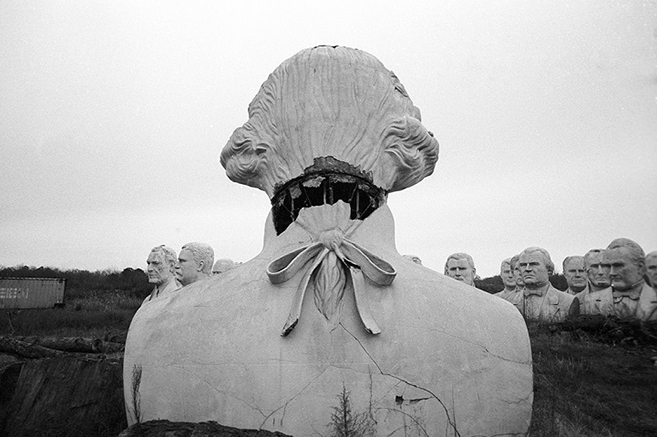 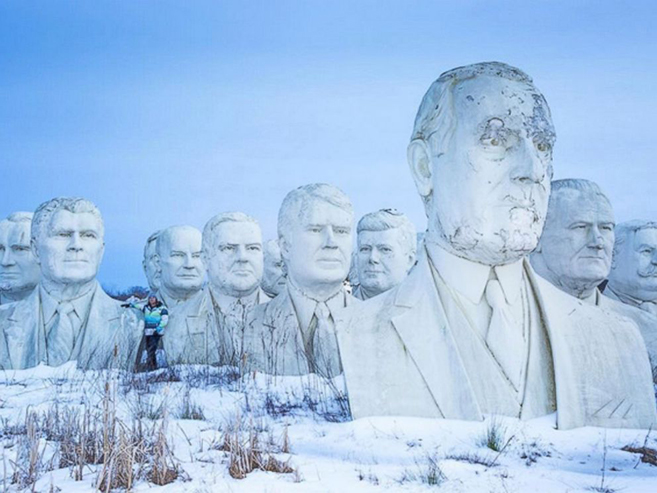 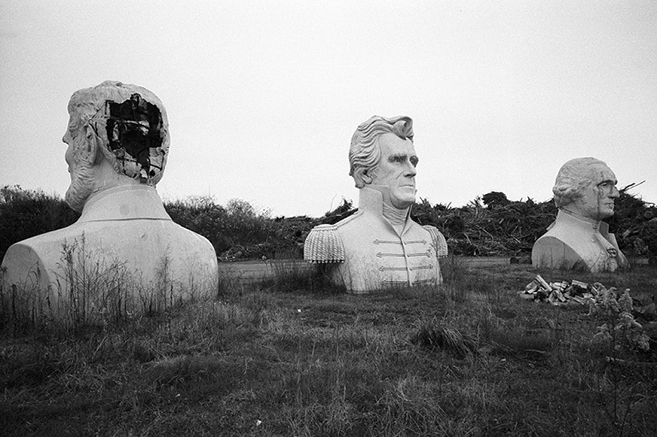 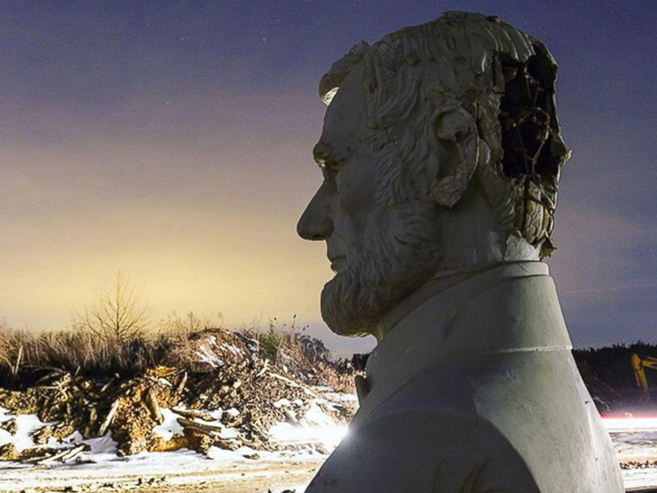 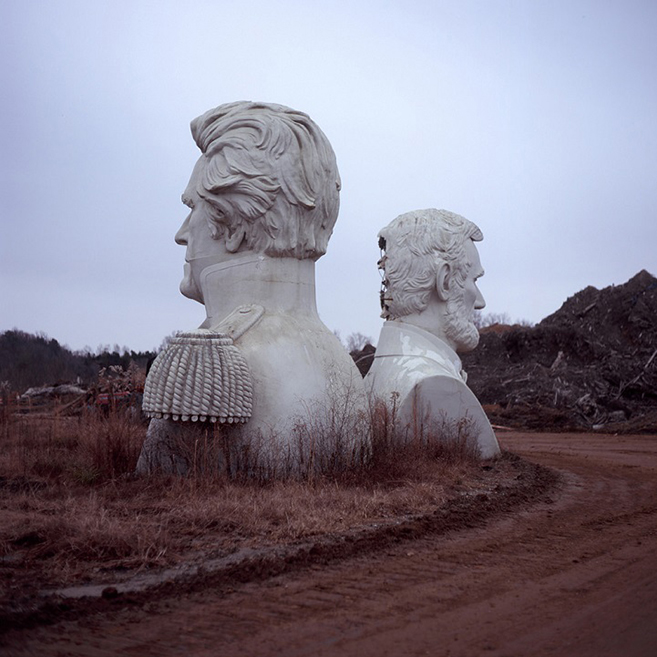 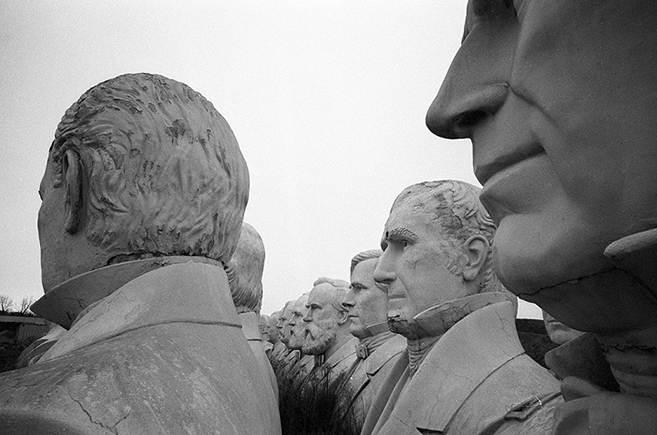 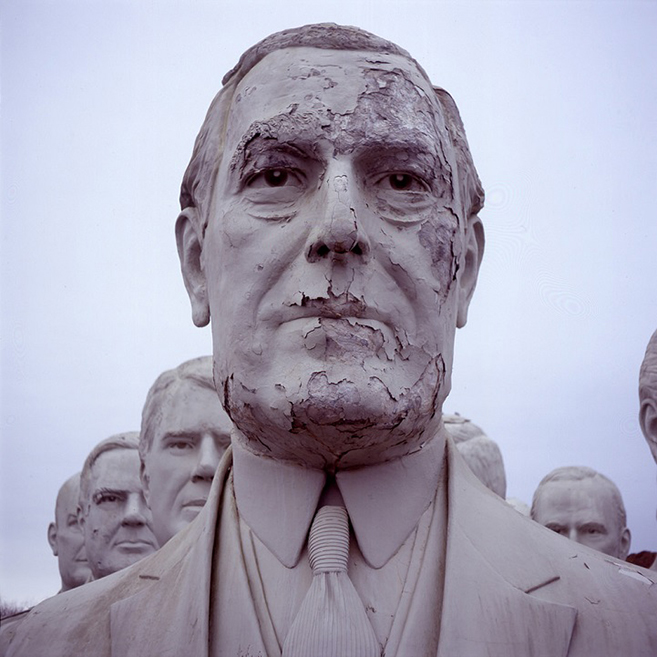 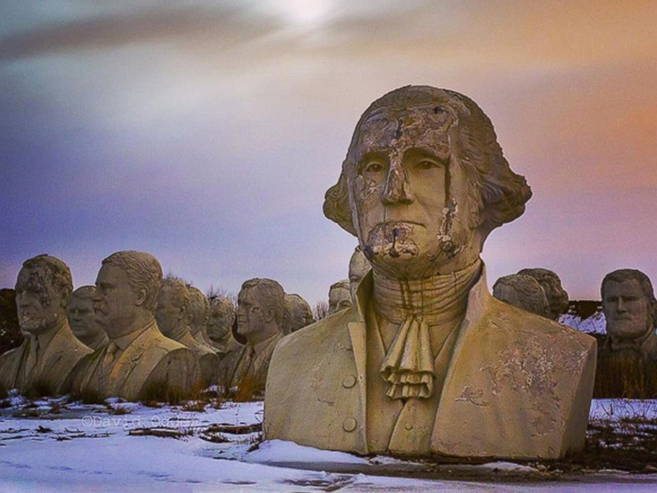 Previous post:
Welcome To The Azuris: The Stunning Island Home Near The Great Barrier Reef You’ll Wish Was Your Own Next Post:
Watch This Mesmerizing Footage Of Wind-Blown “Ice Stacking” Along The Shores Of Lake Superior