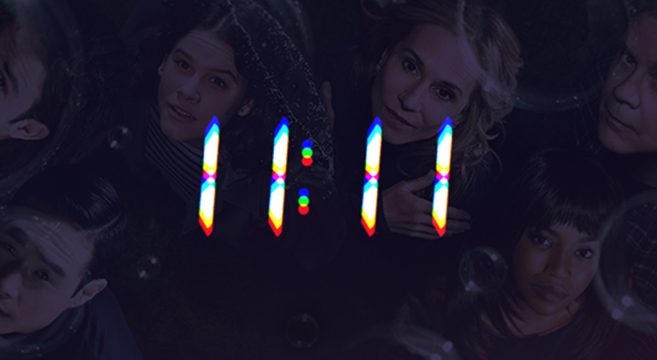 Last night HBO premiered its brand new series Here And Now from Alan Ball, the award-winning writer-director-producer behind Six Feet Under, American Beauty, and True Blood. The series opens with the Bishop family celebrating the 60th birthday of their patriarch, Greg Bishop (Tim Robbins), a renowned philosophy professor and author suffering from a profound mid-life crisis. As his wife, Audrey (Holly Hunter), neurotically wrangles her four grown children to help with the party (three adopted, and one bio child)–which eventually climaxes in a provocatively paranormal peak–it becomes clear that the family is an allegory for the perilous state of modern America in the era of Trump.

If Here And Now‘s premiere episode was a dish served cold (the acting and casting choices are cringeworthy at times), it was still enjoyable and I’ll be back for the full ride. It has a taste similar to the dysfunctional family dynamics of American Beauty, with some supernatural spices taken from the same shelf as the magnificent The OA, and a sauce that sometimes reminded me of The Kids Are Alright–if Eckhart Tolle (author of The Power Of Now) was their father.

Although Tim Robbins and Holly Hunter headline the cast, the true star of Here And Now isn’t a human at all. The first episode is anchored by a recurring paranormal experience the couple’s youngest adopted son, Ramon (played by Daniel Zovatto), repeatedly has with the numbers 11:11. Greg and Audrey adopted Ramon from a Columbian orphanage when he was 18-months-old, and now he’s a college senior. Ramon’s brush with the unexplained begins early in the show when he sees the numbers 11:11 on the clock at his boyfriend’s coffee shop. As his encounters with 11:11 continue to pile up, they become increasingly more paralyzing for Ramon, eventually culminating in a encounter so terrifying it requires medical help.

Although the series is a fictional portrait and social commentary of modern America, Ramon’s repeated encounters with the numbers 11:11 are most certainly very real. Seeing the numbers 11:11 is one of the most common paranormal experiences out there, but when the sightings become increasingly more frequent, the significance grows exponential. As someone who experiences these sightings all the time (no exaggeration), it’s the main reason I was glued to the screen last night. It led me to dig deeper into the various meanings and significance of 11:11 sightings.

“Individuals who are continually contacted by the number 11:11 usually have some positive mission to accomplish—a mission that remains a mystery until genetically programmed sequences are activated within the DNA.” This is the info Ramon reads to his boyfriend from his phone as they head over to his dad’s birthday party. The first half sounds right on the mark, while the second half sounds more like an HBO plot mechanism.

Wikipedia writes: “Some numerologists believe that events linked to the time 11:11 appear more often than can be explained by chance or coincidence. This belief is related to the concept of synchronicity. Some authors claim that seeing 11:11 on a clock is an auspicious sign. Others claim that 11:11 signals a spirit presence.” Seeing 11:11 once in a rare while can easily be explained by chance. But seeing 11:11 constantly? Almost on a daily basis? I think not.

Kate Rose of Elephant Journal writes: “11:11 is the universe’s way of urging us to pay attention to our heart, our soul and our inner intuition. It’s serving as a wake-up call to us so that opportunities are not missed in this lifetime. Seeing this particular sequence means that the universe is trying to have us open our eyes and begin paying more attention to the synchronicities around us. Ever think about someone and suddenly they call or text? Or you see their name places, or meet people by the same name? Do you physically run into someone that has been running through your conscious or unconscious mind? These are not coincidences, but synchronicities. The Universe tries to show us the way through small signs, but the trick is we have to be ready to listen to them. Seeing 11:11 also is a sign of experiencing accelerated soul growth, which means that we may soon be finding ourselves living the life we had previously only thought about. Our inner world is changing and we may find people and events coming unexpectedly into our lives—but at just the right time.”

“Angels and Spirit guides communicate their love and guidance in many ways,” writes Melanie of Ask Angels. “Seeing the angel number 1111 is a common sign from Spirit and the realms of angels…Noticing 11:11 on a regular basis is most often experienced by those who have begun their spiritual journeys, or are about to embark on a journey of discovery. If you haven’t yet started seeing 11:11, the fact that you’re reading this article, means it may soon begin to appear.”

“According to numerology, the number 11 is a ‘master number’ which signifies intuition, insight, and enlightenment,” writes Lonerwolf. “When paired together, 11 11 is a clear message from the universe to become conscious and aware. Many people suggest that seeing 11 11 signifies that your spirit guides are attempting to contact you. In my experience, 11 11 seems to be the number of spiritual awakening, signifying that you are on the right path and your actions are aligned with your Soul’s purpose. In other words, seeing 11 11 is a good sign! An energetic doorway is being opened in which you will experience spiritual growth.”

“According to numerology, the number 11 possesses the qualities of patience, honesty, spirituality, sensitivity, intuition, and idealism,” writes Collective Evolution. “One source I came across suggested that seeing 11:11 can be viewed as a glitch in the matrix, and it is a very real way for the spirit world to communicate with us.”

The Internet is filled with countless other resources explaining the powerful meaning of 11:11 encounters, but the biggest common denominator is that these encounters are a form of communication coming from the other side. I am a firm believer in guardian spirits (guardian angels), and one of the most profound conversations I have ever heard on this subject was an interview between Kyle Gray and Nancy Levin. Although that conversation can no longer be found online, I found a reasonably similar conversation which you can listen to in Kyle’s YouTube interview below. During my research on Kyle’s website (KyleGray.co.uk) I also came across his own description of what he feels 11:11 means (you can hear the full hour-long lecture entitled Holding The Light HERE.

As I mentioned earlier, I see the numbers 11:11 everywhere and all the time. But my most recent experience with these numbers came within seconds of having finished watching Here And Now on my DVR last night. As soon as I put down the remote, I stepped into the kitchen and happened to notice the time on the oven clock. Yes, it read 11:11. If I read a blogger who wrote something like that I would never believe him in a million years. But this actually happened to me last night (I swear on my grandparents graves–100% swear). I took it as a sign that I needed to write this post. I also took it as a sign that every time I see these numbers from now on I will take action.
.

INTERVIEW WITH KYLE GRAY ABOUT HIS LIFE STORY: 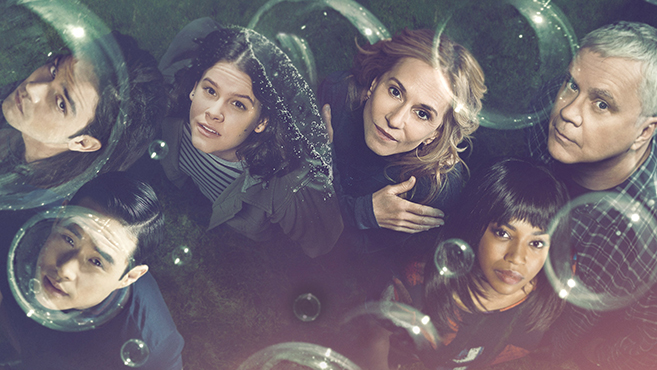 Previous post:
Video Shows Diver’s Arm Getting Paralyzed From Sperm Whale’s Powerful Clicking Sound Next Post:
My Night With David Lynch & His Epic Lecture On The Miracles Of Transcendental Meditation