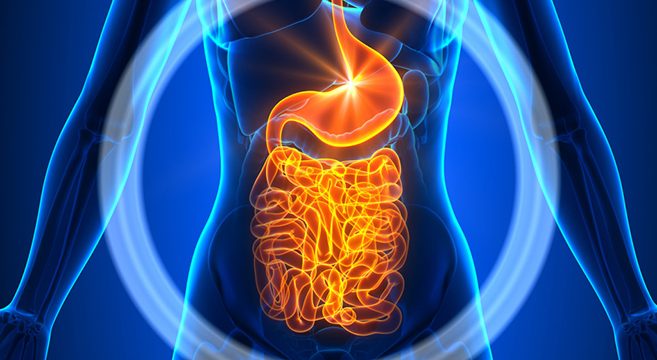 The Power Of Nutritional Psychiatry: How A Trip To The Grocery Store & 72 Hours Can Change Your Life

It’s the week before Christmas so most of us find ourselves preparing a list of gifts to get our friends and family, but it’s important not to forget to treat yourself in the process. Material objects are the gold standard for the gift-giving season, but when it comes to what you’ll get yourself this year I challenge you to think outside the gold box. If health is the greatest gift of all then I have a gift suggestion for you that has the potential to change the course of your entire life. All it takes is one trip to the grocery store, a little bit of dedication, and a 72-hour wait.

You know that moment during a pre-flight safety ramble when the flight attendant tells you it’s critical to put the oxygen mask on yourself first before your children? Well, our own health is a lot like this. If you can get yourself as healthy as possible, not only will your own life improve but the lives of those under your wings will benefit as well.

When we consider what it means to be healthy, the picture we paint in our heads sooner or later involves pharmaceuticals. There’s a pill for this and pill for that and a pill for all the other things, too. It’s not uncommon to see our senior citizens gobbling down dozens of pills a day — under doctor’s orders. The majority of these pills, however, are treating the symptoms and not the causes — and some of these pills aren’t even necessary at all (such as cholesterol-lowering drugs). But most importantly, modern medical professionals have forgotten the enormous healing powers of the human body, and how it is fully capable of healing itself if you give it the proper tools to work with. These magical tools are otherwise known as healthy food.

Researchers now know that many cases of depression, anxiety, arthritis, eczema, and so on and so forth, are all allergic reactions to inflammation. And the #1 way to shut down inflammation is with omega-3s. But this is just the beginning of the story. If your gut is the President of your health, then your gut bacteria (i.e. your microbiome) are the 100 trillion soldiers working hard to keep the bad bacteria away. The 100 trillion bacteria that line your intestinal tract weigh approximately 3 pounds, and together form an extremely complex living system that aggressively protects your body from outside offenders. Your microbiome is unique to you and you alone (like a fingerprint) and is under construction for the first three years of your life. [EDITOR’S NOTE: This is why it’s so critical for children to eat healthy food during these first few years, and to avoid sugar and antibiotics at all costs if possible. Antibiotic use during these first few years has been strongly linked to autism because the antibiotics completely wipe out the healthy colony, allowing bad bacteria to flourish. Once your microbiome is finished being built around the age of three, that unique combination of healthy bacteria will be your combo for the rest of your life]. If too much bad bacteria develops in your gut it will lead to leaky gut syndrome and manifest in a huge number of symptoms (many of which I mentioned at the beginning of the paragraph). But with the proper food and a minimum of 72 hours, you can nearly wipe out all inflammation and rebuild your gut’s microbiome in the process.

Scientists refer to your microbiome as “your second brain” for good reason. Maggie Puniewska of TONIC writes, “It’s well-known now that the gut is more than a digestive space, it’s also the largest sensory organ, comprised of more than 100 million nerve cells, and the largest producer of serotonin in the body; such features have earned it the nickname ‘the second brain.’ The gut is also filled with millions of microbes that produce substances that communicate with the brain and the immune system, and are thought to play a role in how we feel mentally. ‘Certain gut microbes stimulate the production of serotonin in the gut, which ultimately impacts levels in the bloodstream and in the brain,’ explains Mayer, who recently authored a book called The Mind-Gut Connection. ‘Others produce gamma-aminobutryic acid, another neurotransmitter whose effects are mimicked by medications such as Xanax and Valium. If we’re low on these critical microbes or they are not communicating properly, it can ultimately lead to disturbances in the brain, and therefore mood.’ In a 2013 study, Mayer and his colleagues found that women who consumed yogurt two times a day for four weeks showed a decrease in the area of the brain that process emotion — they seemed calmer.”

Eva Selhub, MD, is a Contributing Editor for Harvard Medical School. “Like an expensive car, your brain functions best when it gets only premium fuel,” writes Selhub. “Eating high-quality foods that contain lots of vitamins, minerals, and antioxidants nourishes the brain and protects it from oxidative stress — the ‘waste’ (free radicals) produced when the body uses oxygen, which can damage cells. Unfortunately, just like an expensive car, your brain can be damaged if you ingest anything other than premium fuel. If substances from ‘low-premium’ fuel (such as what you get from processed or refined foods) get to the brain, it has little ability to get rid of them. Diets high in refined sugars, for example, are harmful to the brain. In addition to worsening your body’s regulation of insulin, they also promote inflammation and oxidative stress. Multiple studies have found a correlation between a diet high in refined sugars and impaired brain function — and even a worsening of symptoms of mood disorders, such as depression. It makes sense. If your brain is deprived of good-quality nutrition, or if free radicals or damaging inflammatory cells are circulating within the brain’s enclosed space, further contributing to brain tissue injury, consequences are to be expected. What’s interesting is that for many years, the medical field did not fully acknowledge the connection between mood and food. Today, fortunately, the burgeoning field of nutritional psychiatry is finding there are many consequences and correlations between not only what you eat, how you feel, and how you ultimately behave, but also the kinds of bacteria that live in your gut.”

“What keeps gut microbes in check?” asks Puniewska. “Fermented foods like kimchi, kefir, yogurt, and sauerkraut are beneficial as well as fiber (from vegetables, fruits, and whole grains), which acts as food, or prebiotics, for the good bacteria. Managing negative emotions plays a role too. ‘Chronically being angry, upset, fearful, or sad still sends a message to your gut and from your gut back to the brain and negatively impacts the microbes,’ Mayer says.”

So this Christmas, give yourself the greatest gift of all — a healthy body and a healthy mind. All it takes is one trip to the grocery store and 72 hours to start to see and feel the results. And before you head to the grocery store you might want to order yourself a copy of Emeran Mayer’s The Mind-Gut Connection. It’s the gift that keeps on giving. (Image courtesy of Integrative Medicine of New Jersey)

NOTE: ALTHOUGH YOU WILL FEEL THE EFFECTS OF HEALTHY FOOD IN YOUR MICROBIOME IN 72 HOURS, A MICROBIOME NEEDS APPROXIMATELY TWO WEEKS TO FULLY REPAIR ITSELF. FOR SOME DIETARY TIPS TO FOLLOW CLICK HERE.

SEE ALSO: For The First Time Ever Scientists Observe Newly Discovered Gut Bacteria Eating Up Brain Chemicals
SEE ALSO: The WOW Files: Incredible Video Shows You The 4 Foods That Are Destroying The Balance In Your Gut
SEE ALSO: Parkinson’s Starts & Stops In The Gut, And How Cancer Cells & Their Environment “Talk” To Each Other
SEE ALSO: Anxiety, Depression & Autism 100% Linked To Gut-Brain Axis And An Abnormal Microbiome In Intestines
.

Previous post:
Sex Magic Is Real: How To Cast Powerful Spells With Your Orgasms & Become A Magnet Of Good Fortune Next Post:
This Mindblowing Ben Warren Lecture Explains How To Cure Asthma, Anxiety, Arthritis, Eczema & More