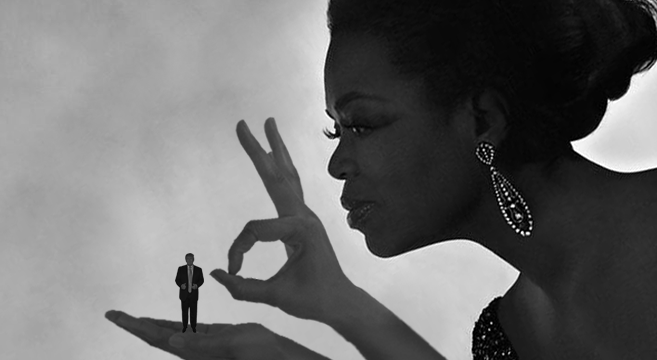 Lately I’ve been taking a few editorial moments outside my usual travel and design writing to address the U.S. election and the nightmare that is Donald Trump. One person who has remained silent on the matter, however, is Oprah Winfrey — until today, that is. In a brand new interview with pastor TD Jakes (set to air on an upcoming episode of his new show on OWN), Oprah destroys the racist billionaire candidate, and endorses Hillary Clinton for President. You can watch it below. (EDITOR’S NOTE: Although he hasn’t fully come out to endorse gay marriage, TD Jakes — a non-demoninational pastor —  is doing an amazing job at ruffling feathers in the conservative Christian community with his outspoken support of the LGBT community, and his belief in the importance of the separation of Church and State. You can learn more HERE).

Previous post:
The Best Zika-Free Sunny Destinations & 3 Great Hacks To Save Hundreds On Holiday Flights & Hotels Next Post:
The Trailer For Werner Herzog’s New Volcano Doc Might Blow Your Mind (And Your Speakers Too)