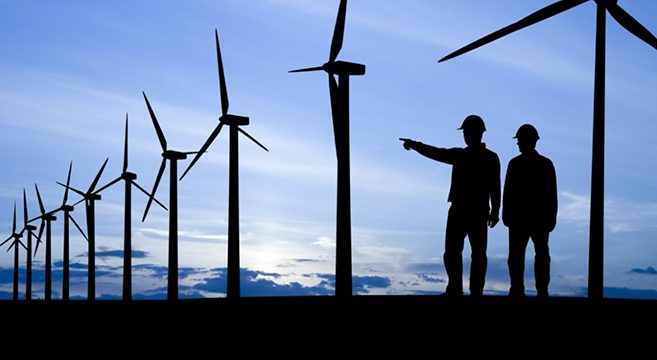 Clean Energy Investments Crushing Fossil Fuel 2 to 1, Dirty Energy Could Be Phased Out In One Decade

Professor Benjamin Sovacool, Director of the Sussex Energy Group at the University of Sussex, believes that the next great energy revolution could take place in a fraction of the time of major changes in the past. But it would take a collaborative, interdisciplinary, multi-scalar effort to get there, he warns. And that effort must learn from the trials and tribulations from previous energy systems and technology transitions.

In a paper published in the peer-reviewed journal Energy Research & Social Science, Professor Sovacool analyses energy transitions throughout history and argues that only looking towards the past can often paint an overly bleak and unnecessary picture. Moving from wood to coal in Europe, for example, took between 96 and 160 years, whereas electricity took 47 to 69 years to enter into mainstream use.

But this time the future could be different, he says — the scarcity of resources, the threat of climate change and vastly improved technological learning and innovation could greatly accelerate a global shift to a cleaner energy future. The study highlights numerous examples of speedier transitions that are often overlooked by analysts. For example, Ontario completed a shift away from coal between 2003 and 2014; a major household energy programme in Indonesia took just three years to move two-thirds of the population from kerosene stoves to LPG stoves; and France’s nuclear power programme saw supply rocket from four per cent of the electricity supply market in 1970 to 40 per cent in 1982.

Each of these cases has in common strong government intervention coupled with shifts in consumer behaviour, often driven by incentives and pressure from stakeholders. Professor Sovacool says: “The mainstream view of energy transitions as long, protracted affairs, often taking decades or centuries to occur, is not always supported by the evidence. Moving to a new, cleaner energy system would require significant shifts in technology, political regulations, tariffs and pricing regimes, and the behaviour of users and adopters. Left to evolve by itself — as it has largely been in the past — this can indeed take many decades. A lot of stars have to align all at once. But we have learnt a sufficient amount from previous transitions that I believe future transformations can happen much more rapidly.” In sum, although the study suggests that the historical record can be instructive in shaping our understanding of macro and micro energy transitions, it need not be predictive.

News of our world’s speedy transition to clean energy comes as no surprise to investors who are already ahead way of the curve. Tom Randall of Bloomberg writes, “Wind and solar have grown seemingly unstoppable. While two years of crashing prices for oil, natural gas, and coal triggered dramatic downsizing in those industries, renewables have been thriving. Clean energy investment broke new records in 2015 and is now seeing twice as much global funding as fossil fuels. One reason is that renewable energy is becoming ever cheaper to produce. Recent solar and wind auctions in Mexico and Morocco ended with winning bids from companies that promised to produce electricity at the cheapest rate, from any source, anywhere in the world, said Michael Liebreich, chairman of the advisory board for Bloomberg New Energy Finance (BNEF). “We’re in a low-cost-of-oil environment for the foreseeable future,” Liebreich said during his keynote address at the BNEF Summit in New York on Tuesday. “Did that stop renewable energy investment? Not at all.”

And in their list of the Top 7 Reasons To Coal, Oil & Gas Stocks, GoFossilFree.org explains, “Renewable energy will soon be cheaper than fossil fuels. By 2020, in most places, it will be more profitable and faster to install renewable energy than to build a coal, oil or gas plant. This will reduce the value of coal, oil and gas stocks … A number of individuals and organizations, like Unity College, Sterling College and the Wallace Global Fund, have divested from fossil fuels already, and they’re doing better than the market average. Several financial firms have run simulations showing that if you had screened coal, oil and gas stocks out of your portfolios five to ten years ago, you’d have gotten as good of a return — or better.”

To learn more about the world’s rapid transition towards clean energy, be sure to visit Naomi Klein’s ThisChangesEverything.org where you can buy her must-read book, This Changes Everything, and watch the trailer for the documentary below, directed by her husband Avi Lewis. (Sources: Bloomberg, Science Daily, University of Sussex; feature photo via Cinaforum.net)

SEE ALSO: The Rise Of “Biosphere Valley”: How Germany Is Leading The Post-Carbon 3rd Industrial Revolution
SEE ALSO: Charlie Rose Talks To Naomi Klein About How Capitalism Is A Bigger Threat To Civilization Than Carbon
SEE ALSO: $20 Million Carbon XPRIZE Launched, Will Be Awarded To 2 Winning Designs Of C02-Capturing Systems
.
FIGURE 1 (below): Investment in Power Capacity, 2008-2015 (Sources: BNEF, UNEP, Bloomberg).