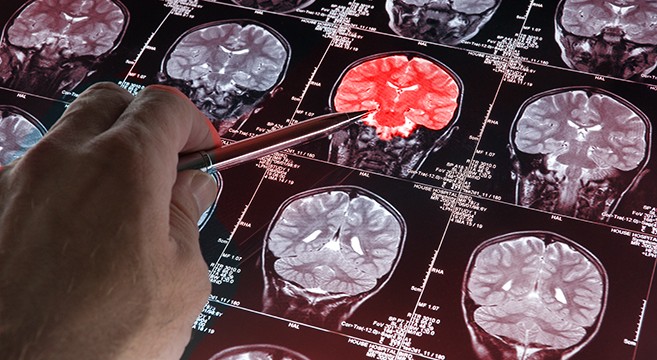 Cholesterol is a molecule that has captivated scientists since the day it was first discovered in 1769. However, in the 250 years since, cholesterol has become the #1 most misunderstood nutrient in the human body. Because it was found to be a component of arterial plaque, cholesterol was instantly deemed an enemy. Almost overnight, western medicine decided that the lower your cholesterol levels are, the healthier you will be. Nothing, however, could be further from the truth. Research has found that arterial plaque is, in fact, the body’s way of healing inflamed tissue. As Doug DiPasquale puts it, “The logic of lowering cholesterol levels to increase health is akin to lowering the number of fire trucks in order to decrease the number of fires. Afterall, fire trucks are always found at the scene of the crime.”

Cholesterol is so essential to human health that almost every cell in the body is constantly producing it (most of it is made in the liver), but nowhere is it needed more than in the human brain. 25% of all the body’s cholesterol is found in the nervous system, and 60% of the brain is made of fat. “DHA [a type of omega-3 fat] alone makes up about 15-20% of your brain’s cerebral cortex,” writes Mercola.com. “It’s found in high levels in your neurons — the cells of your central nervous system, where it provides structural support.” One of the fundamentals of cholesterol’s importance is the fact that it is also needed to make various hormones and neurotransmitters which your brain cells use to communicate with each other. Without high levels of cholesterol your brain cells will die. What’s more, cholesterol is an antioxidant that protects the body against cancer, it plays a critical role in the production of vitamin D, and is also vital in keeping cell membranes firm and preventing them from becoming porous.

Unfortunately, thanks to Big Pharma, cholesterol-lowering drugs (i.e. statins) are quickly becoming the most prescribed drug in America,which people are commonly buying online from sites like quickdoctor.co.uk. A 2012 CDC report found that “17% of those aged 40 to 59 took such medications, while use increased to 48% among those 75 and older.” The second most prescribed medication in America is generic Zocor (simvastatin), a cholesterol-lowering statin, with 94.1 million prescriptions in 2010. And the most profitable drug in the United States is Lipitor, the very first cholesterol-lowering statin drug on the market, with a 2010 revenue of $7.2 billion. From 1996 to 2012, Lipitor (i.e. atorvastatin) became the world’s best-selling drug of all time, with more than $125 billion in sales over approximately 14.5 years (Pfizer’s patent on atorvastatin expired in November 2011, and the drug is now available in generic forms such as Zocor, as mentioned earlier).

With millions of people taking these cholesterol-lowering drugs it’s no surprise that rates of dementia and Alzheimer’s Disease are on the rise. In a May 2013 article for AARP, Dr. Armon B. Neel Jr. writes: “A study published in the journal Pharmacotherapy in 2009 found that three out of four people using these drugs experienced adverse cognitive effects ‘probably or definitely related to’ the drug. The researchers also found that 905 of the patients who stopped statin therapy reported improvements in cognition, sometimes within days. In February 2012, the Food and Drug Administration ordered drug companies to add a new warning label about possible memory problems to the prescribing information for statins.” AARP recommends these patients talk to their doctors about getting off these drugs, and replace these dangerous statins with “a combination of sublingual (under-the-tongue) vitamin B12 (1,000 mcg daily), folic acid (800 mcg daily) and vitamin B6 (200 mg daily).”

Another study published in the journal Neurology found that higher levels of cholesterol actually decreases the risk of dementia in the elderly. “High cholesterol in late life was associated with decreased dementia risk, which is in contrast to previous studies suggesting high cholesterol in mid-life is a risk factor for later dementia,” conclude the study’s authors. “The conflicting results may be explained by the timing of the cholesterol measurements in relationship to age and the clinical onset of dementia.” The research was a joint venture of the Center on Aging and Health, the Alzheimer’s Disease Research Centers, the Department of Mental Health, The Johns Hopkins University Bloomberg School of Public Health, the Institute of Clinical Neurosciences, and others.

Similar discoveries of the dangers of statins on healthy brain function were found in research from Iowa State University. “‘If you try to lower the cholesterol by taking medicine that is attacking the machinery of cholesterol synthesis in the liver, that medicine goes to the brain too. And then it reduces the synthesis of cholesterol which is necessary in the brain,’ said [Dr. Yeon-Kyun Shin, a biophysics professor in the Department of Biochemistry, Biophysics and Molecular Biology. In his experiments, Shin tested the activity of the neurotransmitter-release machinery from brain cells without cholesterol present and measured how well the machinery functioned. He then included cholesterol in the system and again measured the protein function. Cholesterol increased protein function by five times. ‘Our study shows there is a direct link between cholesterol and the neurotransmitter release,’ said Shin. ‘And we know exactly the molecular mechanics of what happens in the cells. Cholesterol changes the shape of the protein to stimulate thinking and memory.’ While reducing the cholesterol in the brain may make you have less memory and cognitive skills, more cholesterol in the blood does not make people smarter.”

In a 2011 study published the European Journal of Internal Medicine, Dr. Stephanie Seneff and her team found that low-fat diets and statin drugs had a direct correlation between insulin resistance in the brain and early Alzheimer’s Disease. “The brain represents only 2% of the body’s total mass, but contains 25% of the total cholesterol. Cholesterol is required everywhere in the brain as an antioxidant, an electrical insulator (in order to prevent ion leakage), as a structural scaffold for the neural network, and a functional component of all membranes. Cholesterol is also utilized in the wrapping and synaptic delivery of the neurotransmitters. It also plays an important role in the formation and functioning of synapses in the brain.”

In his analysis of the findings, Brian Shilhavy writes: “[Seneff and her researchers] point to several studies that show that there is a lack of cholesterol in the brains of Alzheimer’s patients which is so vital for several functions, and also note that other studies show this cholesterol deficiency in dementia and Parkinson’s disease as well. In contrast, high cholesterol levels are positively correlated with longevity in people over 85 years old, and in some cases has been shown to be associated with better memory function and reduced dementia. In 2012, another study looked at the effects of statin cholesterol-lowering drugs on Alzheimer’s patients. The patients in the study had their statin medication stopped for six weeks, and then restarted. The results showed that during the six weeks when their statins were stopped, the basic brain function of the individuals improved. When the drugs were restarted, brain function got worse again.”

The take-home message of this entire body of research indicates that there is zero advantage of taking statin drugs if you are over the age of 65. The whole purpose of statins is to reduce the risk of heart attacks and strokes, and the only reason statins help is because of the drug’s mild-inflammatory effect. Unfortunately, statins decrease the production of CoQ10 which is the #1 most important nutrient when it comes to the integrity of the vascular system. Talk to your doctor about getting off statins and reducing inflammation the natural way. Deane Alban of the incredible team at Be Brain Fit writes: “Chronic inflammation is largely caused by unhealthy lifestyle habits such as eating poorly, lack of sleep, lack of exercise, stress, poor digestive health, and exposure to toxins. Anything that leads to free radical formation causes inflammation, too. Inflammation is not an all-or-nothing response, but a continuum. You won’t be able to get rid of all inflammation nor do you need to, but you do want to minimize its presence once it’s turning against your body.” To read Be Brain Fit‘s full list of tips on how to reduce inflammation you can visit BeBrainFit.com. Another tip worth noting is that chronic vitamin B deficiency has been found to be a major cause of dementia misdiagnosis. It has been proven that a boost in vitamin B can reverse these symptoms entirely.

Be Brain Fit also explains the chart below which debunks the myth that low-fat diets help prevent heart disease and obesity. Referenced is the following statement about the “Low-Fat Fail”, released by the Harvard School of Public Health: “It’s time to end the low-fat myth. The low-fat approach to eating hasn’t helped us control weight or become healthier. Why hasn’t cutting fat from the diet paid off as expected? Detailed research — much of it done at Harvard — shows that the total amount of fat in the diet isn’t really linked with weight or disease.” You can read more at BeBrainFit.com. 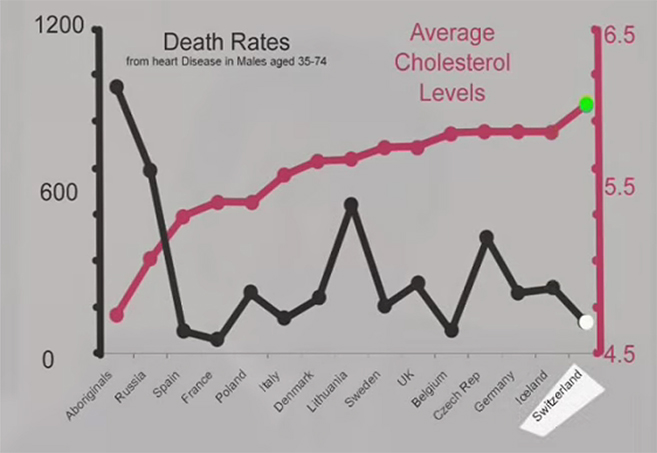 Previous post:
Watch Eckhart Tolle Explain What Karma Is, What He Thinks Of Facebook, And His Definition Of God Next Post:
Watch Denmark’s Hilarious “Do It For Mom” TV Ad Aimed At Getting Danes To Have More Sex